In which the pond takes its TGIF early ... 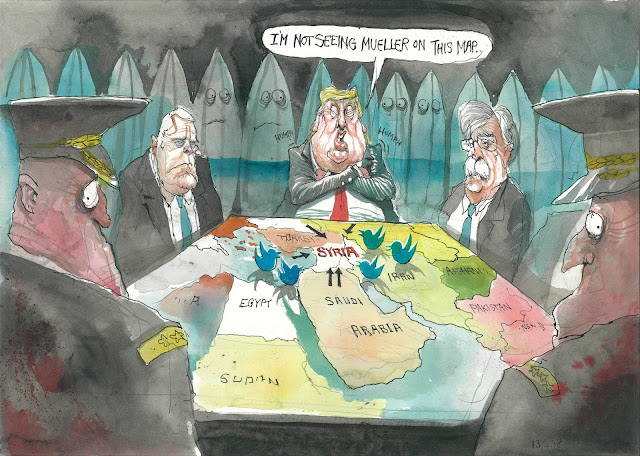 No, it's not the Donald on the middle east or rejoining the TPP. The pond has always expected consistency of purpose and policy from the Donald.

No, it's not the drop in the immigration numbers that have sent the reptiles delirious with joy.

It's the absence of genuinely decent and rewarding looniness.

The pond had its usual supply of airport lounge Murdochian publications dropped on its lap last night, and there wasn't anything worth clipping. Oh sure there was the bromancer, but the pond had already been there and done that. There was the Bolter bleating in the HUN about violence, and the lizard Oz editorialist was celebrating a Donald triumph over China, but what's new about any of that?

And then this morning the Speccie mob turned in a spectacular failure. No Giles, no Flinty? What's happening to the country? Are we on a downhill slide to nowhere?

Strange. No reptile could be found willing to claim authorship of this epic story, which, if googled, can be found littering the intertubes in all sorts of places from long ago, and more recently in such august sources as the Daily Snail some six days ago …the pond always hesitates to provide a direct link to the gutter but it can be found here …

The reptiles are finally learning, and soon the lizard Oz might be re-named Click Bait 'R Us ...

It reminded the pond of the old joke about the way it was related to Charlemagne, a yarn revived in The Graudian here … by a certain Adam Rutherford ...

Sometimes I get asked if I’m related to the great physicist Ernest Rutherford. His discoveries about the atomic nucleus gave birth to physics in the 20th century. He is the father of nuclear physics, with labs and atoms named after him. I’m not related to him. I can reveal however that I am a direct descendent of someone of similar greatness: Charlemagne, Carolingian King of the Franks, Holy Roman Emperor, the great European conciliator. Quelle surprise!
But we are all special, which means none of us are. If you’re vaguely of European extraction, you are also the fruits of Charlemagne’s prodigious loins. A fecund ruler, he sired at least 18 children by motley wives and concubines, including Charles the Younger, Pippin the Hunchback, Drogo of Metz, Hruodrud, Ruodhaid, and not forgetting Hugh. This is merely a numbers game. You have two parents, four grandparents, eight great-grandparents, and so on. But this ancestral expansion is not borne back ceaselessly into the past. If it were, your family tree when Charlemagne was Le Grand Fromage would harbour more than a billion ancestors – more people than were alive then.
What this means is that pedigrees begin to fold in on themselves a few generations back, and become less arboreal, and more web-like. In 2013, geneticists Peter Ralph and Graham Coop showed that all Europeans are descended from exactly the same people. Basically, everyone alive in the ninth century who left descendants is the ancestor of every living European today, including Charlemagne, Drogo, Pippin and Hugh. Quel dommage.

Never mind, it confirmed that the lizard Oz was on the up and up, and was finally getting the hang of this internet thingie and despite its burdensome paywall, the business was booming … 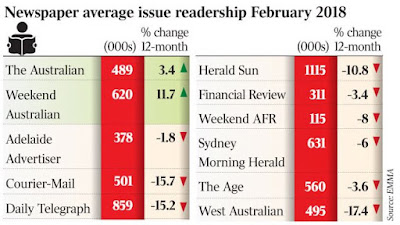 Oh okay, "readership" data is about as meaningful as the pond's connection to Charlemagne, and the Queen's connection to the prophet, blessed be her name, but how pleasing to see that the airport giveaways are working a treat for the reptiles.

What's that you say? What about the rest of the Queen?

Well the Daily Snail offered a bigger and better stud farm chart, but the reptiles tried their best …remember this anonymous click bait thingie is a new thing for them ... 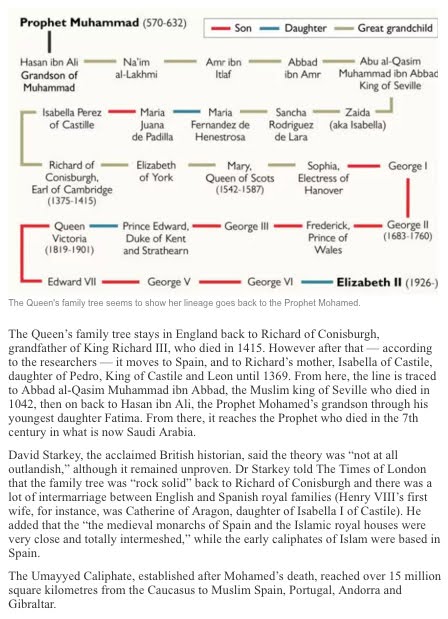 Now has the pond told you the story of how it's related to Christ?

Oh yes, he had a son in secret, and it's all here in a wiki, and as every Greg Hunter knows, if it's in a wiki it must be true … that yarn had an outing in the UK Terror here back in 2014 and of course Dan Brown revealed the truth in The Da Vinci Code and assorted sequels, not one of which the pond paid any attention to …

But in mentioning all this, has the pond also fallen into the bottomless pit of endless, mindless stupidity that usually comes from reading too much of the reptiles?

Well then to serious business, and a grave lapse, which has put the author on the reptiles' 'internal enemies of the hive mentality' list …

Smart money getting into wind?

Well there's a thought crime right there at the get go … but then came the worst crime of all.

Dear Mr Durie, it's not just Malware and the government and the onion muncher and the coal lovers' forum, oi, oi, pushing AGL, it's your entire tribe of fellow reptiles.

Are you calling these sweet creatures bizarre? Why as surely as the pond is a descendant of Christ and Charlemagne, you shall pay for your treasonous, treacherous use of insolent adverbs …

Now is there a graph? Back in the day when the pond watched their ABC, there was always a graph … 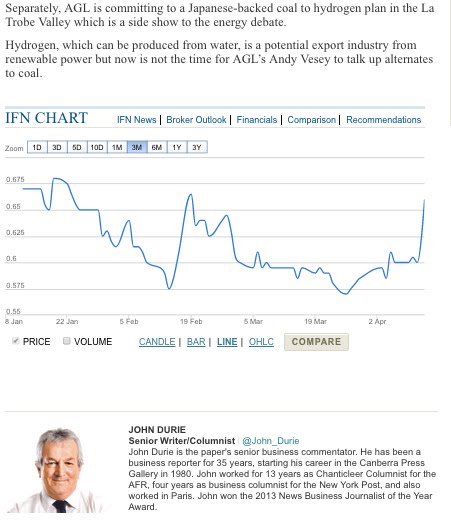 Now is not the time to talk up alternates to coal? Wise words, because your crusading fellow reptiles are standing by to nail him to the cross … perhaps so he too can claim a connection to Christ.

And now the pond apologises for these TGIF detours … though it could have done even worse and seen the reptiles in an agony of 18C excitement over recent events involving Malware and that woman … but fortunately the immortal Pope wrapped them up together in a cartoon, with more Pope here … go on, give him a hit, because apparently the booming reptiles have no need of any help at all … 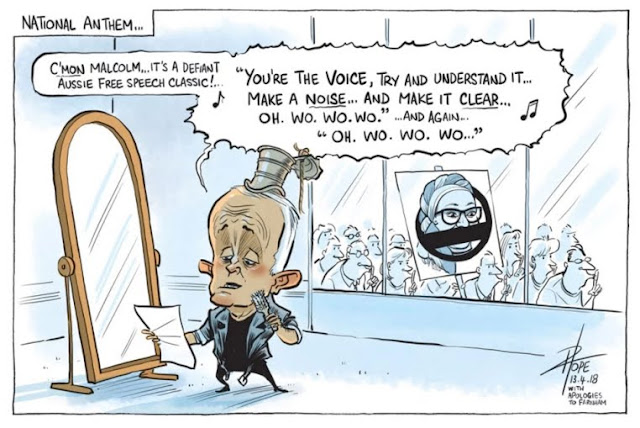