Sophie Mirabella, and it takes a smug pontificating prat to know one ... 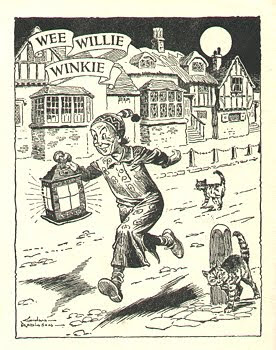 (Above: could this be old wee Andrew "Willie" Wilkie making a ruckus and waking all the folks?)

When it's possible to wake up to the burbling, soothing sounds of Colin Barnett on AM rabbiting on about how it's time for 'decisive decisions', can anyone doubt that they're living in the lucky country?
Decisive decisions stand in stark and resolute contrast to indecisive decisions, of course, not to mention indecisive indecisions, but they also bring back fond memories of My Indecision Is Final: The Rise and Fall of Goldcrest Films, by Jake Eberts and Terry Ilott, which if you've never read is first and last port of call for an understanding of the folly of film-makers outside the studio mantle.
Poor old Goldcrest is a decisively decisive study of the importance of getting your numbers right - perhaps even having a business plan, even in an industry where no one knows nothing, and no one knows how they got it wrong, or right - which in turn evokes fond memories of Tony Abbott flinging a billion buckeroos at wee Andrew "Willie" Wilkie:
Onything but sleep, you rogue, glow'ring like the moon,
Rattling in an airn jug wi' an airn spoon,
Rumblin', tumblin' roon about, crawin' like a cock,
Skirlin like a kenna-what, waukenin' sleepin' fock.
"Hey Willie Winkie, the wean's in a creel,
Wamblin' aff a bodie's knee like a verra eel,
Ruggin' at the cat's lug and raveling a' her thrums-
Hey Willie Winkie - see there he comes."
Wearit is the mither that has a stoorie wean,
A wee, stumpie, stousie, that canna rin his lane,
That has a battle aye wi' sleep afore he'll close an e'e-
But a kiss frae aff his rosy lips gies strength anew to me. (and the rest with English translation is here).
Yep, what's a billion smackeroos when you already know that there's a between seven and ten billion dangling, ready to fill all the black holes in the Albert Hall, along with a gentlemanly agreement to disagree in a decisively indecisive way with those Treasury cads.
Just love the Scots - I once had a Scots history teacher who berated the Campbells up burn and down avon, and seemed to fancy the hundred years war had never ended - but sob, you've guessed it.
Is my avoidance so obvious? The desire to prattle on about anything or everything, and avoid doing the hard yards? Failing to take the ball up the middle, which my partner assures me is the only way to guts or glory? Just as the season comes to a shuddering climax worthy of a parliamentary researcher checking out the availability of pron on the intertubes?
Is it possible to bring the end of the week to a shuddering anti-climax by contemplating the way that Jill in the Box Sophie Mirabella has once again sproinged into action in Introducing Labor's new faction - the Greens? And illustrated thusly: 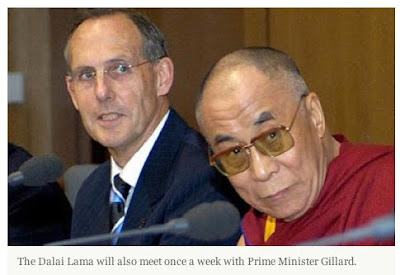 You can only hope and pray that this feeble attempt at humour was added by a punch drunk The Punch subbie, though to be fair to the subbie, the addle brained attempt at satire is as decisively stupid as Mirabella's column, and therefore a fair evocation of its contents.
You see, it's just another rote bit of Greens bashing by Mirabella, done in the way a child learns their multiplication tables:

1 x 1 is satan
1 x 2 is watermelon
1 x 3 is far left socialist green agenda
1 x 4 is needle exchanges, free love to the sound of drum 'n bass, the Dalai Lama and ill-defined ecological taxes
1 x 5 is 5 other horrendous satanic watermelonish far left polices that won't fit into this rap
1 x 6 is a vote for the Greens is a vote for Labor and a very left Green agenda and plenty of rhetoric and posturing from the sanctimonious middle-men.
Which leaves me plaintively asking Mirabella, what about your rhetoric and your sanctimonious, rhetorical, though- free, middle-personish posturing as you parrot the party line?
Because you see you slag off the Greens for joining the Labor party in talk fests in what became the hallmark of former Chairman Rudd's house style, on such subjects as:
Yet another Committee to look at Climate Change (but they will definitely put a price on carbon leading to higher electricity costs)
A debate on Afghanistan
A study on high-speed rail
An agreement to talk some more on dental healthcare
The creation of a raft of new Parliamentary bureaucracies including the cuddly-named “Parliamentary Integrity Commissioner” (I wonder if Mark Latham will get the gig?)
Okay, okay, so I get all your negatives - you know all that nattering nabob negativism in a reflex way about taxes and drugs and sex and rock 'n roll - and I get that you're decisively in favour of decisive action instead of talk fests, but what's your party's actual policies on such issues?
Climate change - is it all crap, or can it be sorted by a green army of a stout 15,000 souls, or is in fact that policy as dumb as Labor's 150 stout hearted souls yammering on about it, a policy which thankfully has hit the dustbin. Could it be that because the luddites and the ferals in the form of Tony Abbott knifed Malcolm Turnbull and took over the debate that the Liberal party policies and understandings in this area are driven by the mindless stupidities of the likes of Andrew Bolt, Alan Jones, Tim Blair and the entire editorial department of The Australian?
Afghanistan - no need to debate it. It's all going on so splendidly well and in such a spiffing good way, one of the great triumphs of George Bush, that we'll just lock it in a closet and watch it fester for another nine years.
High speed rail - stupid idea when we can have a whole new raft of motorways, freeways, tunnels and bridges, so that cars can move more quickly from traffic jam to log jam, and Sydney siders can learn to love the cross city and Lane Cove tunnels?
Dental healthcare - let's privatise it - oh wait it already is, what joy - and make sure that the losers and the dropkicks don't have access to it or insurance, but perhaps we should fiddle at the edges, and bring the waiting times down by a week so the losers and the dropkicks only have to wait a year for a little dental work in the few overworked dental hospitals on offer, remembering that the Howard government had a decade to do something about it, and did fuck all because ... well because it wasn't a problem that Australia's dental care is surprisingly backward for such a forward nation. So that the losers and the outsiders like my uncle (from the feral rural side of the family) might decide instead to use the pliers ... and so the problem's fixed.
Parliamentary integrity - what's that? We never had any need of it when we were in power, and damn straight we don't need it now, and let's make sure that silly old Malcolm Fraser doesn't get the job. Instead let's do a cheap snotty nosed jibe about Mark Latham, as if having boofheads in the family was only a Labor thing (I wonder if they'll bring back Wilson Tuckey and give him the gig?)
Sad to say, Sophie, with your cliche laden rhetoric, and your mindless repetition of the standard talking points, and the routine demonisation of the greens and their policies, you're perhaps the clearest example of why the Liberal alliance didn't romp home, and now has to contemplate independents as a desperate, billion dollar a throw, route to power.
Put it this way. Do you really think this bit of snicker snacking passes as a clarion call to political insight?
Either way, it must now be clear that the Greens are not just an idealistic group on the fringes of politics – they are as party-political and determined to gain power as any political party.

No, you don't say, who would have guessed it, and here was I thinking that the watermelons were off in the green fields frolicking with the la la pixies.
Put it another way. Your sudden realisation that 'the Greens' is a political party determined to gain power, just like any other political party, makes me wonder what other suddenly decisive realisations and understandings permeate the thick fog that seems to regularly envelop your brain. Do you always arrive late to the party, or have you been following what the Greens have been up to in countries like Germany these many long years?
Put it another way. Bah humbug. Pathetic rhetoric and posturing, and a really fuck wit Dalai Lama joke has sent me in to such a tizz, all I can say is thank god it's fucking Friday ...
Get to it wee Willies and wake up the bloody lot of them with their smug rhetorical posturing and count the many politicians giving dirty decisively decisive stupid looks ... 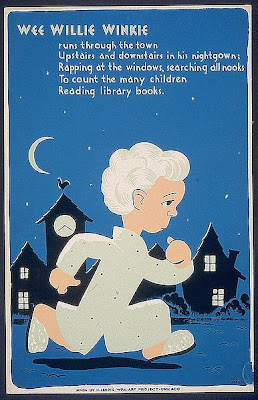