Piers Akerman, the war in Afghanistan, and a grinding futility 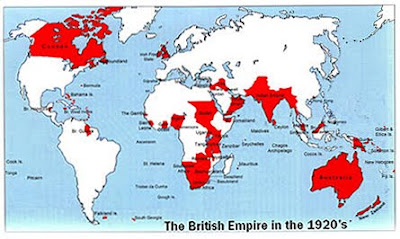 (Above: the red crescent of terror?)

In the end, if you live in Vietnam, things aren't as bad as they were during the American intervention.
Sure there's not much joy in being a Catholic, and equally there's not much expectation of free speech under a Communist regime. But at least the regime there has embraced the Chinese government's support for materialism.
Not the communist dialectical materialist kind, but the decent Wal-Mart kind where making a buck, and getting by is front and centre. Lordy, the country's even become a member of the WTO and a non-permanent member of the UN Security Council.
The chance of getting carpet bombed into oblivion or mutated on the basis of having forest ruining chemicals dropped on you is much reduced, and Australians now make up a considerable component of the tourist trade, wherein you can encounter a goodly number of English speakers, who ply their trade as a way of stripping as much from your person and your purse as is dignified during your stay.
Funnily enough the Vietnamese still display their distrust of the Chinese, and the only dominoes that have fallen flopped belly up for other reasons (like the still recovering from Pol Pot, bombed back to the stone age land of Cambodia, and the eyes-averted disaster that became Burma in 1962).
Sometimes when I look at Vietnam I wonder just what the fuck the war was all about? Did anyone imagine that forty years on, Vietnam would look like it does today?
Then when I turn to Afghanistan, I wonder what the war there has devolved into, and what the fuck it is now all about.
After all, the Taliban are a deluded bunch of fundies with a distinctly hideous attitude to women, but will the current campaign defeat them? Because the current regime being supported by warfare is also inept and awful, and with legislation in place worthy of the Taliban (and designed to curry favor with fundamentalists).
It's a mess, and when you find the fat owl of the remove, the most monotonous repetitive monomaniacal squawker in loon pond saying this, then Huston we have a problem:
The current regime in Kabul is corrupt in every conceivable way. Though President Hamid Karzai has been driven to accept the findings of an international audit, which found the last election was rigged, there is no guarantee things will be much better when Afghans go to the polls for a run-off vote on November 7.

Historically, Afghanistan has defeated every foreign nation that attempted to suppress its people from the time of Alexander to the days of the Raj and more recently the USSR.

The West went to war against Afghanistan post-9/11 in an attempt to end the Taliban’s support for Osama bin Laden and al Qaeda. Since then, the Taliban has been transformed into a liberation movement by the actions of troops from the US and allied nations.

Yep that's Piers Akerman's score card - a startling, frank, albeit momentary burst of rationality - which by normal tally would see the war and its conduct be given an F, or 2 out of 10.
But of course he dubs his column Cynical U-turn hands medievalists victory, because really he doesn't give a flying fuck about the folks in Afghanistan (or the people sent to fight there?) so long as he can paddle Chairman Rudd on the bottom and whack his government around the ears.
The only solution he can offer is second hand:
Australian military strategist David Kilcullen, senior adviser to US General David Petraeus in Iraq, has written of the need to disentangle the tribal conflicts, build up local support and disenfranchise the insurgents participating in Afghanistan and other regional wars.

And as regurgitated in this form, not just second hand, but gibberish, given that the war is designed to support the current regime in Kabul, and short of turfing Karzai out, the limited authority exercised by the Karzai regime is all the west has to play with.
The war was most likely ruined the moment the United States decided to go off and open a second front in Iraq, in much the same way as Hitler managed to ruin his campaign by opening a second front on the east (hey, here's a dollar for my breaking of Godwin's Law, spend it well).
Since that folly, the war has ground on, and surely ground the civilian population down. Eight years and no end in sight.
Naturally this is all the fault of Chairman Rudd:
The Rudd Government however has not opened up a debate on its defence policy in Afghanistan, or elsewhere, beyond futuristic big-spending plans that would not be realised for decades.

That debate needs to be had, before Australian troops are withdrawn with unseemly haste as soon as training local brigades is completed.

Is Afghanistan no longer terror central, or should we increasingly think of a crescent of terror stretching from Lebanon, across the Islamic world to Indonesia, wherever extremist Islamists can wreak their savagery?
So do we stick and fight, or do we cut and run? Expect no answer from Akerman.

Okay let's think of a crescent of terror. How has the covert intervention by America in Pakistan helped? By golly, you can't even play a game of cricket in India with much safety in certain parts of that country. What might be done about this crescent of terror? Embark on a new crusade?
What's the best way to convert a country to democracy and a peaceful lifestyle? By killing them (here you can vote now, oops finding it hard to make the cross on the ballot paper while in the grave) or by bombing the shit out of them?
Tough questions, and as usual the fat owl - who can barely hide his ferocious disdain feminists and gays in the west - suddenly discovers that it's all about the women, and they're being let down by the sisterhood.
There was a time when the West was concerned with the fate of women in Islamic countries like Afghanistan. Has the Western sisterhood decided it is simpler to let them remain chattels, hidden under mattress covers, and subject to all the horrors and abuses of natural justice under sharia law’s medieval subjugation?

Which is such a profoundly stupid and offensive remark that in any decent society the fat owl would be tarred and feathered and run out of town by the sisterhood.
What does he propose that the sisterhood do? Take up arms and head off on a crusade against the female-hating Taliban (but what would happen to the men left behind?) The First Brigade of the Afghanistan Sisterhood Cavalry?
Perhaps we could ask a similar rhetorical question slanted slightly differently:
Have News Corp commentariat journalists decided its simpler to sit on their arses rather than go fight in Afghanistan to save the womenfolk, because it is simpler to let them remain chattels, hidden under mattress covers, and subject to all the horrors and abuses of natural justice under sharia law’s medieval subjugation?
Not content with jerking the chain about the sisterhood, Akerman then proceeds to quote Musharraf, the cretinous Pakistani coup leader and military dictator in his attempt to blame Bill Clinton for 9/11 - when Musharraf's own effort in 1999 was to lead the Pakistani side during the Kargil Conflict and contribute to regional instability in a way unmatched by almost any other Pakistani leader (and if you don't believe me, have a brief read of the wiki on him here).
Earlier this week, former Pakistan leader Pervez Musharraf disclosed that he’d asked the former US president Bill Clinton to establish diplomatic relations with the Taliban when he came to Pakistan. Musharraf said the “9/11 incident could have been avoided had Clinton paid heed to my words then”.

Yep, we're in the parallel bizarro world known only to Piers Akerman and mathematicians exploring a multi-dimensional universe (Akker Dakker is currrently up to nine higher dimensional spaces). Could'a, should'a, would'a.
Meanwhile, what to do? Well blather in the guise of a probing question is always the best solution:
Should we now extend a hand to a theocratic regime mired in the Middle Ages, or should we ask ourselves whether any Islamist organisation has ever stuck to its word and suppressed terrorists in return for Western recognition?

Well that's a hard hitting insight, as solid as a marshmallow or hitting a rapidly deflating beach ball.
Yes, but what should we do?
Australia has now lost 11 soldiers in the “good” Afghan war. It lost none in action in Iraq. We need a debate now on goals and strategies before another life is lost for no clear purpose.

No clear purpose? Yes, but what should we do?
Was all that talk about the women and the sisterhood just blather?
Coming next week from Akker Dakker? More rage about refugees fleeing war zones like Afghanistan?
Well over at the National Times, they're running a column by Simon Jenkins, borrowed from The Guardian (why do they keep borrowing from overseas sources only a click a way on the ether), under the header Afghans resist liberal do-gooders' intentions.
Instead of wasting time with Piers Akerman, why not have a read of that? What have you got to lose, except an insight into the arrogance and uselessness of a preening News Corp commentariat prat lacking any courage in his convictions, except for an enormous capacity to blame any target near to hand?
(Below: bonus crescent of terror?)