Vincent Nichols, the suicidal impact of the internet, and a dose of teen spirit 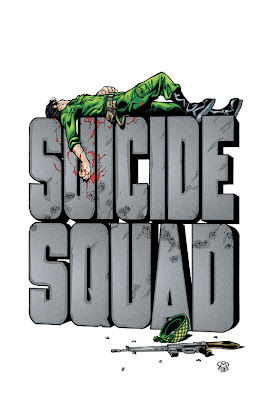 It goes without saying that Vincent Nichols, Archbishop of Westminster, and head of the Catholic Church in England and Wales is very welcome in loon pond.
The worthy cleric has spoken of the immense dangers facing all those who indulge in exorcisms and get felt up by priests at a tender age. One can cause death, and the other psychological injury for life. When confronted by priests who molest children, it is the strict policy and stern punishment of the church to move the priest to another parish, so they can keep molesting children.
He also spoke of the dangers of the Inquisition and the perils of the confessional, while noting that the Catholic church's drive to establish guilt-laden sex had been tremendously successful. The church especially prefers pregnancy taken to term rather than abortion or sex education which might inhibit the production of new members of the Jesuits.
Sorry, sorry, got that all totally wrong. The Basil Fawlty of sites, this is. The real problem is the intertubes. D'oh, how could I forget?
The head of the Catholic Church in England and Wales is concerned that excessive use of emails and mobile phone text messaging is creating shallow friendships and undermining community life.

Vincent Nichols, the Archbishop of Westminster, also said that popular social networking sites led young people to form "transient relationships", which put them at risk of suicide when the relationships collapsed.
But what about comics and color television and video games? Haven't they caused thousands to suicide because of shallow friendships and the undermining of community life? Whatever happened to online addictive gaming? How did social networking sites mount a take over bid as the chief form of evil?
Why our good friend Hal G. P. Colebatch can chart the absolute point in the decline of British civilization, which revolves around the satanic trinity of color TV, the arrival of the Beatles and the decline in the wearing of the bowler hat. Surely they're still strong contenders?
"Friendship is not a commodity, friendship is something that is hard work and enduring when it's right," he (Nichols) told the Sunday Telegraph newspaper in Britain.

"I think there's a worry that an excessive use, or an almost exclusive use of text and emails means that as a society we're losing some of the ability to build interpersonal communication that's necessary for living together and building a community."
Lordy, it's worse than I feared. Texting and emailing and twittering are all involved in this gigantic conspiracy. Emails!! Excessive and exclusive. And here you were thinking old media like that would be safe. Little did you know.
And here I was thinking it was pop music, and in particular Nirvana's Teen Spirit, the lyrics of which are so meaningless that Kurt Cobain - out of guilt - felt the need to blow his brains out.
But no, it ain't pop music, it's digital content at work:
Archbishop Nichols, 63, said too much use of electronic information was "dehumanising", leading to a loss in social skills and the ability to read a person's mood through his or her body language.

Furthermore, social networking sites encouraged children to place an excessive importance on the number of friends they had instead of the quality of their relationships, he said.

Well yes, as I try to get my friends up to the limit allowed by Face Book, I understand the strain - poor Bill Gates had way too many friends, and had to give up the ghost. I feel so unloved and unwanted. Just one friend and she slags me off all the time. It's dehumanizing, and I can't tell my mood any more. Is it green, or purple, or pink? Let alone your mood, all black and grey and thunder and lightning. Why we're in A Confederacy of Dunces, so what other solution is there? (and here's a handy list of novelists who killed themselves, remarkably some of them before the intertubes were even born).
I wonder if Kevin Rudd needs social networking sites to spread the love? I mean, he's a politician, he just wants to be loved right, and all he gets is hurt and hatred. That's why he's so cruel in his treatment of this fair land. The revenge of the nerd. I wonder if he's immune from suicidal thoughts and it's only young people?
When you turn 18 or 21, do you suddenly gain immunity? Can you then set up social sites and network and email and twitter knowing you're immune? Is it like driving a car? Before a certain age, instant zapping?
What happens when you get to 64 and come into the grip of senility?
"Among young people, often a key factor in their committing suicide is the trauma of transient relationships. They throw themselves into a friendship or network of friendships, then it collapses and they're desolate," he said.
Yes, life is so transient and fragile. Like a novel written on a roll of toilet paper. And I guess when Kevin Rudd's vote collapses, he'll be desolated, traumatized. And again the web will have to take responsibility, accept liability.
But not before we remember how many were ruined by comics:
Comics were held by many in the establishment to be the cause of delinquency amongst American youth. Frederic Wertham, a German-American psychiatrist who had worked with the criminally insane, became convinced that mass media, and in particular comics, had a deeply unsavoury influence on society. In 1954, he published The Corruption of the Innocent which partly blamed comics for youth disturbance, suicide and aggression and lead to a US congressional inquiry. (here)
The result? Well of course a Stephen Conroy-like result with the Comics Code Authority providing a comics code stamp, which had to be in place if you wanted to sell in newsagents and grocery stores. How soon before we get an anti-suicide stamp for the intertubes?
As for the impact of meddling priests on minors learning about sex for the first time while ostensibly learning about god? Not a problem, or vastly over-stated. In fact from what I understand ninety per cent of young folks will tell anyone who listens that sex with a priest is the best sex they ever had, even when they'd become much older and wiser, and played the field. It must have been that sense of being touched by god. And it prepared them for the transient mind affecting ways of the intertubes.

Ah well, the subbie who recycled the Reuters digest from the UK Daily Telegraph, under the header Facebook, MySpace put teens at risk of suicide: church, felt so worried about young readers reading the story that he put up the following contact details, in case either the bishop or a social site had driven them to despair:
Support is available for anyone who may be distressed by phoning SANE Helpline 1800 18 7263; Lifeline 131 114; Salvo Crisis Line 9331 2000; beyondblue 1300 22 46 36.
So we have too. You never know. Reading this site might just tip the balance, as writing it has already done in the head of the author.
And remember the atheist motto, when you're dead, you're dead for a long time, and you don't end up in heaven with priests or virgins. No you end up in the ground, cold and decomposing, so since this is your one time round, and there's no repeat admission, or a rain cheque, keep hanging in there.
And there's only one other essential tip. Avoid barking mad priests intent on spreading FUD while not having a clue.
Oh heck, that sounded way too positive. Let's get down with Nirvana:
Load up on guns
Bring your friends
It's fun to lose and to pretend
She's overborne and self-assured
Oh no, I know a dirty word

And you read it on the intertubes, sucker. You are soooh doomed. A double whammy. Did you do it while multi-tasking, twittering and watching television and messaging and face booking? You are on the ship of fools already, sailing across the river Styx. Have a nice trip and come on back sometime, ya hear. 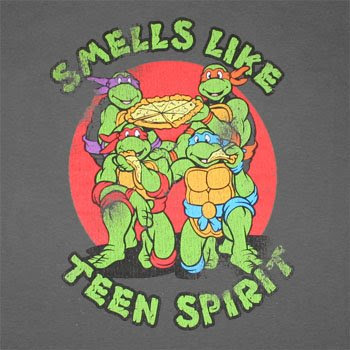