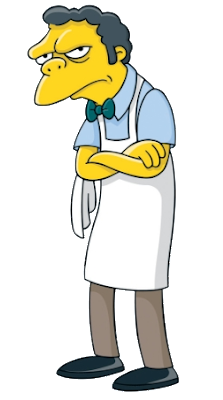 Dog whistling is a skilled art. If you've ever seen a skilled sheep dog at work, the mental telepathy between man and dog as they send the hapless sheep off to the pen for a good shearing is a wonder to behold.
My brother in law had a ripper of a dog, and so intuitive was the dog that often times he just had to stand there, and after a quiet whistle or a word, in no time at all the dog would have the sheep tucked away without a hint of fuss.
But I've come to realize they were rank amateurs up against Tim Blair.
We've already looked at the art and skill of his dog whistling skills in recent times in relation to post-racial America, and as for his ability to whip up contempt for intellectuals and holders of Ph. D's, he produced a masterpiece of disdainful, comical, gutter crawling rabble rousing.
Well I guess a quiet Sunday is as good a time to do a little baiting of Islamics.
Here's how to get things happening, under the wily heading of Holland Goes Mo.
Great start, because it allows you to conflate Mo(e) from the Three Stooges, the comical out of date tradition of wearing moustaches, while ancient Australians might even appreciate the link to that great Australian comedian Mo McCackie, and his bequeathing of his name to the Mo awards. Not to mention "mo" as a short form term for homosexuals, or the generally comical application of M-O to robots (in Wall-E) or the hopeless bar keep Moe Syzslak in The Simpsons.
And of course Mo is a handy nick name for Mohammed, in much the same way as it conjures up mohawk.
Now once you've provided a tasty header, here's the substance. But remember to keep it evocative and short, and don't do anything much, except maybe throw in a word like "clueless" while thanking a reader for helping out (it's always handy if the reader has a name like Cuckoo. Sets the tone).
Clueless headline of the week appeared in the Age, above an item on “Mohammed” becoming the most popular boy’s name in Holland’s four largest cities:
DUTCH EMBRACE ISLAMIC NAME
“Seriously,” emails reader Cuckoo, “the Age seems to think that Henk and Geerte Vanderclog are now choosing to call their boy this.”

The use of caps is an important subtle twist. Dutch embrace Islamic name lacks the kind of emphatic certainty our expert dog whistler is looking for.
Now of course the feeble pussy footed liberal might try to find an excuse for the subbie at The Age who ran with the short header. After all "embrace" is a word which means more than a simple hug, or affection. It can mean to surround or enclose or to twine around, or to include as part of something broader, and of course the meaning is not necessarily that all Dutch people are embracing Islamic names (though if the Islamics embracing Islamic names are Dutch citizens, what then?)
These liberal secular ponces might think that confronted by small space for a story, the subbie had settled for a quick, easy compression for a story which ran in a variant form in the UK's Daily Telegraph a couple of days before The Age picked it up and gave it a new name.
Back then it ran under the header Mohammed is most popular boy's name in four biggest Dutch cities. Which is neutral in tone but a gab fest.
These same pussy footed liberals might even have indulged in a bit of post modernist textural analysis between the two versions of the story, while noting that even the right leaning Telegraph doesn't manage to whip up much hysteria from what is a fairly dull story. Perhaps the most interesting thing to learn from the yarn is the way the original Dutch (not those Islamic Dutch) conspired to keep Mo out of the top twenty by counting the variant spellings (Mo, Mu, ed, ad, mm, m) as different names.
Never mind, it's just one of those passing factoid stories, but clearly you don't know what rich potential it offers for the skilled dog whistling baiter. Because then your baiting can get picked up by arch baiter Mark Steyn, and resonate back to you with an update (here).
Under the exceptionally comic header: Embrace Me, My Sweet Embraceable Mo
And meanwhile back home the wags can make hay with comical remarks:
Mo is number 2 in Britain. Instead of Jack, let’s call our children Jesus or Buddah
Which I thought lacked a little in tone. After all, the Buddhists claim to be Australia's fastest growing religion (from a very small base), and while it allows jokes about Bud and Buddies, still we should think of the vast Christian majority.
Another wag was also a little off in the humor category:
I’ve always thought of “Mo” as being a Jewish name.
Oops, confusion amongst the punters. How can you make fun of the Mo's if you confuse them with Jews? Jesus wept.
Happily, others can see a far reaching conspiracy in the media, and sheep ripe to be duped:
A sterling example of how shamelessly The Age distorts the truth, and how easily and thoroughly Age readers are duped.
While another quite forgets his cues, not realizing that the baiting of poofters and liberals is scheduled for the following week, when Tim Blair will do a little routine dog whistling about the men who love pink, and everyone can chip in with jokes about rear ends. Or you know just make jokes about how you're not opposed to gay divorce.
But back to those pesky liberals and whacky lefties and the most unique thing, in the sense that unique is never unique enough. Oh just embrace the concept:
The most unique thing about modern Holland is that it’s so liberal. Gay clubs, scoobie cafes, red light districts the envy of Thailand and jews daring to roam the streets openly as if it were the most normal thing.

The increasingly powerful muslim population will come to cherish all that diversity won’t they? Won’t they?

Surely they’ll appreciate that the non-believer taxpayers have suppported them all this time?

And my arse smells of lavender.
Well sweetie, if your arse smells of lavender, make sure you flash it on the street next time the Blair-ites make a joke about gays. Not to mention comical liberals, weird secularists, and non-believing taxpayers.
Possibly even as these gay people smoke marijuana, and do strange drugs and live in weird Europe, and get AIDS and threaten civilization as we all know it by demanding marriage get turned into an empty barren ritual involving two people of the very same shocking sex (and speaking of which, make sure you read Guy Rundle on the subject in Marriage or death. Spot the difference. Published in that fiendish temple of evil The Age of course).
Sadly, or luckily,  right wing Christians can't do any of this stuff, because they're married to the Lord or their wives. Unless they're Republican governors and have a taste for Argentina.
But back to the conspiracy. It seems the Netherlands, along with the rest of Europe, is about to fall to the Islamics:
And the leftists laughed at Mark Steyn’s now prophetic “America Alone”, in which he predicted just this in 2006, and was accused of being “Islamophobic” for simply pointing out what is now blindingly obvious, that with falling European birthrates and rising Muslim birthrates and rates of immigration, Islam is on its way to taking over Europe.

Funny. They need to read Steyn’s “America Alone”. They will wake up one day and find that they and the rest of Europe is now populated by immigrants while the native population is all in rest homes.
Things will have to get a lot worse before the Euroweenies wake up.
Their own nations are being invaded by stealth, and with the connivance of treacherous swine who will be the first against the wall when the caliphate arrives.
It’s a bit like watching your kids swimming in the surf, unable to see the sharks in the water even though the signs are obvious.
What happened to the European hobby of invading things?

I’d love to see the Age’s guide to history.

“Then, in 1453, the city of Constantinople embraced Islam following a convincing demonstration of its merits by the Ottoman envoy Fatih Mehmet...”

Treacherous swine?
Well now you see how to get a paranoid conspiracy theory going.
From one word - "embrace" - you can construct a deviant destructive world of threatening swinish Mos who are about to undermine western civilization, take over Europe, and then the world, and possibly by the end of the century Mars, except of course they're so backward they'll never get the technology.
As for The Age? Forget it, it's already fallen to the apostate horde who prefer Mo as a name.
Golly, I can see only one solution, as suggested by one of the early baitees. We all become Hispanic, so we can freely use the name of Jesus or Christ or Mary, as is the custom in Mexico. Sure, I know that'll make it hard for Lou Dobbs, but he'll just have to fall into line.
The alternative is too dreadful to contemplate. Join with the druggies, the low life liberals, the hookers, the homosexuals, and the secularists (who in the past have shown an alarming affinity with leftish liberal thinking)? At a time when Christopher Pearson is assuring us all that the rising tide of militant secularism is dooming us all to hell, possibly by Thursday at noon?
Oh lordie, we're all doomed.
And it'll be the embracing of the Mo's that will do us down. Golly, and I thought it was just a quiet Sunday's reading, and suddenly the world is coming to an end by next Friday at noon.
Think about that timing. First the secularists win, and then it'll only take a day for the mo's to take them out, perhaps by luring them to Amsterdam on the promise of drugs and hookers and instead throwing them to the sharks. Beware the undertoad, you silly secularists.
Wow. Reading Tim Blair can surely get you lathered into a frenzy. But is it good for your mental and physical health? Or are you just a sheep being herded to the shearing yard in a frenzy of fear and loathing?
(Below: pick the Mo and then pick the Wally).