Tim Blair, carbon lunacy, power blackouts, and sex by candlelight our only remaining hope and joy 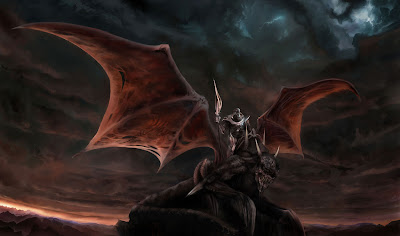 (Above: prince of darkness aka Chairman Rudd. Notice the dark clouds and the lightning and the end of electricity as we know it).

Tim Blair jumps the shark, nukes the fridge, jumps the couch, and goes crazy mad by saying that unenacted legislation has the ghostly power to affect and predict the future, and worse still, that Terry McCrann had the power to predict this:
We’ve just seen the future under Kevin Rudd’s carbon lunacy scheme—the power went out while he was addressing Parliament. Terry McCrann predicted this:
Kevin Rudd wants to effectively increase the GST by a quarter to 12.5 per cent … He also wants to deliver power blackouts across Australia …
Did I miss something? Have we just seen the future?
Kevin Rudd talks about his carbon lunacy scheme. A kind of poltergeist thing kicks in and takes over. The lights go out while Chairman Rudd spruiks in parliament about his lunatic scheme. Not realizing that just the thinking of it takes out the entire grid.
So the future is here and now and real. Carbon lunacy can ruin anything without it ever coming into operation.
Terry McCrann predicted this would happen, as a result of legislation yet to pass ... Rudd has delivered power blackouts across Australia - including Canberra momentarily - by talking ... QED
Wow, I'm not sure how to stop this. Perhaps we should send in an exorcist?
Golly, if talking in parliament can do this, then we'd better shut down the place before summer is upon us. And as for enacting legislation, they'd better stop it before they go blind, and we all turn into puddles of water. Or steam! Puddles of carbon lunacy steam!
Read it yourself at Prince of Darkness.
Blair might think he's just having a jolly joke amongst chums, but I'm terrified. The Prince of Darkness is amongst us, and it's sex by candle light time. And quite possibly the end of civilization by Friday as they keep yammering in parliament before heading to the vote that will block the legislation.
Which won't stop blackouts induced by Chairman Rudd's voice and his carbon lunacy scheme. Because you see they're happening already, he's delivering them now.
Won't somebody come back from the future to stop him now? But what if they stomp on an ant, and kill a mosquito and suddenly the whole of the future turns into a gigantic black hole because that butterfly in the Amazon turned into the event horizon singularities first charted by the Vulcans in the Alpha and Beta quadrants.
Yep, it's alternate reality time folks.
But it did remind me of that excellent story by Jerome Bixby, "It's a Good Life", which turned up in Season 3 of the Twilight Zone, and then got sent up in the Simpson's second Treehouse of Horror episode.
It features an evil little boy who makes the people around him think good thoughts or he'll send them off to the corn patch. Could this be chairman Rudd as a child? Start thinking those happy thoughts, because tomorrow ... tomorrow's gonna be a real good day.
Or else there'll be power shortages every day. (here if you're an aging sci fi buff). 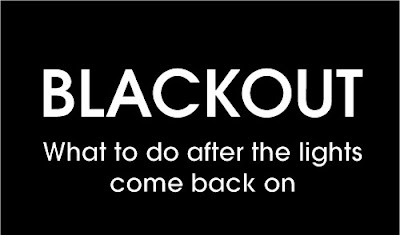 But what if they never come back on? 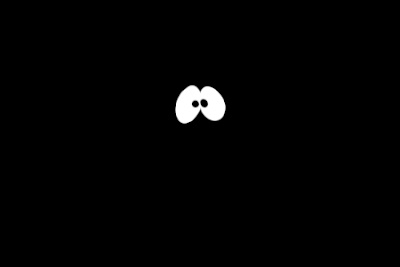