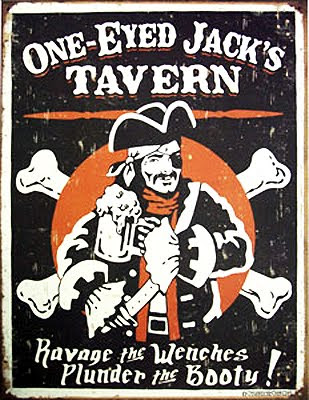 You surely know the feeling.
You've gone to a game of football - perhaps for the first and last time ever - and your partner has beguiled you with soft soap talk of how it's all about the game, and not a few individuals given to beating up their wives and girlfriends or glassing them as a kind of foreplay. It's not about the thuggee behavior, but the subtlety and skill. The ball handling and the speed and the physical prowess.
So you sit down, and right next to you is this roaring, bellowing buffoon, who spends the entire game hurling abuse and comments at everyone and everything from the referees through the players to the cheerleading girls.
Afterwards, your partner feebly explains that this man is a rarity, what is commonly known as a rabid raving mongrel one eyed supporter, so biased and  prejudiced that they're happy to ruin the game for everyone else.
You're astonished - can such people exist and does have every club have them? Why yes, so it seems, and the one eyed supporters often argue about which club has the most one eyed supporters.
Then you read Piers Akerman, with Politics of envy with Coalition alternative, and suddenly the concept of the one eyed supporter becomes as clear as a cut Victorian crystal glass, with enough lead to produce a bout of stomach poisoning.
Akerman is on record over and over again, arguing that climate change is a myth, or at least the notion that people are assisting or promoting climate change is a myth, and consequently there's no need to do anything about an emissions trading scheme, or take any other steps to inhibit human activity.
Fair enough. At least we know where he stands. So you'd expect him - being logical and rational - to shout down any silly notion by any party that they had a good ETS scheme, able to deal with the threat of global warming. No matter if they were Liberals, Labor, the Greens or the Calathumpians. Because global warming isn't an issue, and people shouldn't get agitated over a myth.
Not really. You see in the land of the one eyed supporter, anything advanced by the Liberal party must be supported, even if it's designed to attack a non-existent threat with a suddenly cobbled together policy that hasn't even hit the party room yet for a discussion.
So with a wave of the wand, Malcolm Turnbull's new scheme is wonderful:
Opposition Leader Malcolm Turnbull has called Prime Minister Kevin Rudd out on the Government’s emissions trading scheme by presenting a report which outlines greater pollution reduction, is cheaper and provides greater protection for Australians.
One doesn’t have to be a supporter of the human-induced global warming theory to see the beneficial differences between the proposals contained in the Frontier Economics report presented yesterday and the Labor Government’s scheme which will go to the Senate on Thursday.

If, as Rudd has said, global warming is the “great moral dilemma of our time” he should embrace proposals which achieve more, with less pain, than his Government’s ETS model.

Huh? You don't have to be a supporter of human-induced global warming to see the benefits of a scheme to solve a problem that doesn't exist?
Poor fat owl of the remove, Cherry and the boys at Greyfriars are always terribly beastly towards him, but this really does take the cake. I'll leave you to read the middle bit, which explains how wonderful the Opposition scheme is, and how horrendous is the scheme sponsored by Penny Wong and the Labor government. Let's just say two legs bad, four legs great and be done with it.
And then let's just see how the fat owl ends his treatise:
The Government has established a well-deserved reputation for arrogance and its response to this promising report reinforces that view.

At the very least it has a responsibility to provide the electorate, which will pay for its emissions trading scheme, with a coherent explanation for its knee-jerk dismissal of the study.

Partisan party warriors? Lordy, chuckle into my sleeve and whistle Dixie while watching a one eyed dog balance a turtle on its nose.
Here's what Akker Dakker should have written, if he wasn't such a partisan one eyed party warrior hack:
The "greatest moral dilemma of our time" isn't a moral dilemma of our time, and it's about time that both parties moved on from the distraction of climate change. It no longer deserves serious debate, and it no longer requires transparent policy formulation - myths and a quasi fundamentalist religious belief dressed up as science never do. If we're to avoid  mindless off the cuff vituperation from partisan party warriors, both parties will put this erroneous science behind them, and not waste time trying to dress up wasteful irrelevant ETS policies designed to cope with a threat that doesn't exist. Or even if it did, to which poor little Australia could contribute little, except keep shipping out our coal to preserve jobs and the economy, while the big polluting emitters elsewhere sort out the problem on a global level.
It's disappointing to see Malcolm Turnbull and the Liberal party embrace this kind of quasi religious guff, trying to act like a Labor party lite. Now is the time for Turnbull to show he's a man, not a mouse, and end this pointless charade by voting down the Labor party legislation. Talk that he might negotiate or even, with amendment, vote for the current legislation is a terrifying indication of the moral abyss into which the Liberal party has sunk under his rank leadership.
By golly, I think I've got it, I think I've really got it. The rain in Spain falls mainly on the plains, because global warming is a myth.
But poor hapless Piers Akerman is stuck with getting down in the dirt and defending the Liberal scheme, flung out by Malcolm as a piece of FUD just before the vote on the Labor scheme comes down. It works fine at that level, but at the level of climate change denialism as regularly preached by Akker Dakker it's just another piece of bogus nonsense.
One commenter called Akker Dakker out on his fundamental lack of logic:
And what about the voters who dont want any kind of ETS? Its all nonsense remember? Who will be their champion?

Seems your beloved Liberal party has no backbone.
Now your endorsing an alternative solution to a problem that doesnt exist in your opinion.
Do you take yourself seriously?

To which Akker Dakker can only mount this feeble argument:
Christopher.t you should get someone to help you understand. My view on climate change is well known, this is an attempt to lessen the damage the Rudd CRAP will create.

And remember because that rain falls so heavily on that blasted plain in Spain, global warming is a myth! And remember in the kingdom of the blind, the one eyed man is king! 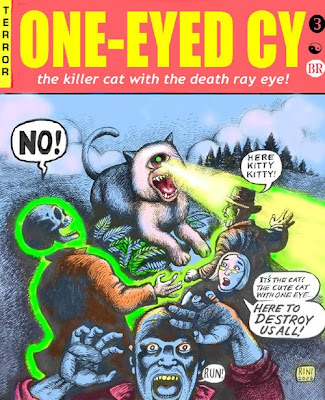