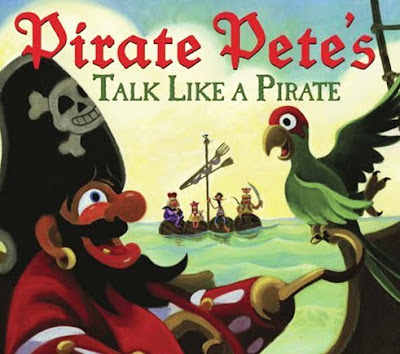 Each day I thank John Howard for preventing Peter Costello from becoming PM of this country, but where's John Howard when we need him most?
Who's going to stop the Cheshire Cat of politics from hanging around with a grin and an ever so slowly fading smirk, brooding on politics with smug sanctimonious sentences designed to irritate the punters and swear they'll never read a Fairfax publication again.
How's this for a ponderous statement of the bleeding obvious?
What surprises me is that people fail to understand the connection between government intervention in the economy and the influence of money in politics. One spawns the other.

What surprises me is how offensive Costello can be with his smug condescension. Or the pretence that somehow the government isn't inextricably involved in the economy, in all kinds of intervening ways, and that money could somehow be separated magically from politics. That's chaff from wheat - or perhaps frog spawn from tadpole - thinking of the most mindless rhetorical kind.
But wait there's more:
One of the benefits of getting government out of commercial operations is to limit the patronage and cronyism that follows. Smaller government costs less and, when it deals with you, it will charge you less as well.
Oh yes. And there's even more in Beware cashed-up influence peddlers, if you can be bothered to wade through it. Well you should wade through it, because it's the kind of toughening up exercise required for membership of the Platinum Loon Pond club, wherein you can boast of mile high sex and special morning breakfasts in the president's lounge where you can mingle with luminaries like ... Peter Costello.
Whenever Costello starts to rabbit on about the benefits of smaller government, I like to revert to Peter Hartcher's story of the Fiscal feud between John Howard and Costello:
... if Costello's aim was to hold the line on Australia's total tax burden, he failed. On the Howard government's own numbers, the ratio of Commonwealth taxes to gross domestic product rose from 22.3 per cent in the final Keating budget of 1995-96 to 24.6 per cent in the final Howard budget. This increase of 2.3 percentage points amounts to $23.9 billion (in 2008 dollars), equivalent to the GDP of Ethiopia or Iceland, both ranked around 90th among the 185 nations covered by the World Bank's global economic survey.

Do go on. Tell us about the $334 billion in windfall gains to the budget surplus between 2004-2007, from the China boom and the robust economy:

Of this, the Howard government spent, or gave away in tax cuts, $314 billion, or 94 per cent. Again, for perspective, this is the size of the entire annual economic output of South Africa or Denmark. Effectively, the extra revenue from the commodity boom has been spent or provided as tax cuts, summarised the Treasury in its summer 2008 Economic Roundup. The study compared Howard's fiscal policy with that of that touchstone of recklessness, prime minister Gough Whitlam.

Recent Howard budgets resembled "Christmas night at the pirate cave", in the phrase of a former budget analyst with the Treasury and Department of Finance, Stephen Anthony, of the consultancy Macroeconomics.com.au.
Well of course now rollicking pirate Pete has left the cave, and is out and about prattling about economic assistance and governments playing favorites.
It's a great relief that it never happened during the Howard years, and they never picked favorites, though I'm often left wondering what happened to Manildra and Dick Honan, and the special treatment they received in relation to that wonder way of buggering up farms and cars in the form of ethanol. One thing's for sure, I guarantee pirate Pete isn't writing about those days when he writes this:
But it becomes a problem when you narrow it down to particular companies in particular industries. Where there are special benefits going, people seek special access to get them. Special influence looking for special benefits is a recipe for cronyism.
Oh give me a break, or at least a home where the buffalo roam and the deer and the antelope play where seldom is heard a discouraging word and the skies are not cloudy all day, preferably under a first home buyers scheme designed to make my purchase of the land feasible. Would I vote for that? You betcha.
I just love it when specialists in cronyism start throwing about the crony label, when the distinctive feature is usually that one band of cronies is out of power, while the other mob dedicated to cronyism is in power, and dedicated to taking care of its own band of cronies.
And I especially love it when Costello writes as if the GFC was just a fading bad dream or a nightmare we need never think about again, as it seems the minerals boom has once again saved us from doing the hard yards, and we can now sit back, and contemplate with regret some of the current federal government's hair brained schemes to stimulate the economy - such as the notorious OzCar scheme, hastily and badly implemented, but creating more scorched earth for the out of power cronyists than those in power.
And typically while Costello is willing to point the finger at the political process, he's not willing to make any useful practical suggestions:
In my time in politics, the amount of time and effort put into fund-raising has exploded. Fund-raising is considered such an integral part of an MP's job that candidates for preselection are assessed for their fund-raising potential. A candidate who can bring in campaign funds is as highly prized as one that will bring in votes.

Outside public funding, there are no guaranteed sources of financial support for political parties - apart from the union movement's donations to Labor. Business support is contested. Some businesses support both sides of politics. Some support neither. Many skew their support to the party that happens to be in government which, after all, makes decisions that affect their business.

Well as that running gag in Dude, Where's My Car? used to go, "and then?"
Fund raising has exploded? And then? Businesses fund politics and expect rewards? And then?
Well of course there's no "and then". Not a jot or whit of policy initiatives in Costello's thinking. Except for the pious notion of smaller government.
Well we know how well that ended up under John Howard and Peter Costello. And we all know that when it came to a fight between Howard and Costello over spending and bigger government and doling out rewards to mates, Costello would buckle, Howard would win and the nights in the pirate cave would get even more rollicking and hearty.
So much for the pieties of pirate Pete, the patron saint of smaller government.
When will we get a government who actively tries to circle the wagons around the endemic corruption we find in state governments, especially in relation to development? In your dreams ...
Where will we find politicians willing to change the way political donations and fund raising works? Not amongst the Liberals, since whining about union donations to Labor while complaining how competition for business funding is skewed by competition and holding power isn't a recipe for change, just a Machiavellian mourning his loss of power.
The best solution? Fairfax follows Chairman Rupert and puts pirate Pete and his prattling portending prognostications behind a pay wall. Then there'll be quietness on loon pond, and we can turn our minds to other things, like climbing Mount Everest or reading Piers Akerman's latest rant.
What? They're going to put Piers behind a pay wall as well? Bring it on.
Posted by dorothy parker at 8/12/2009 07:43:00 AM