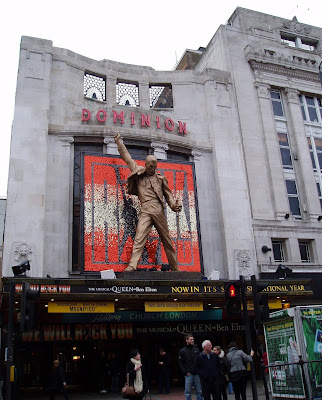 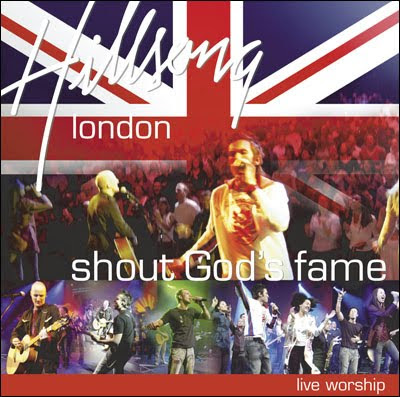 It's been awhile since we turned our attention to Hillsong, that tribe of clap happy folk who have a big barn of a house of worship in the outskirts of Sydney, but who've also established outposts in such heathen places as Brisbane and London and even the Ukraine.
Now thanks to correspondent Den Hopper, who dropped in to the Michael Duffy files, the original home of loon pond, we can report some interesting news:
Nice to see that Hillsong London have now published their latest accounts with the charity commission: link here.
The accounts are only for the 18 months ending 30th June, 2008, but it's interesting to see this kind of fiscal transparency available in the UK.
Amongst the interesting tidbits: tithes and offerings for the 18 months amounted to UK £4,508,003, while gift aid claimed amounted to a tidy to UK £925,931, taking this area of activity to just over to UK £5.4 million.
Now that's tithing at work in the grand old biblical way. Against this, wages and salaries took out UK £782,026, with social security costs amounting to UK £402,667, while a hearty UK £199,513 was spent on training and development.
When you start looking at the total on the tape, the church had UK £1,679,673 cash at bank and in hand, debtors amounting to UK £551,489 and only UK £447,066 in creditor amount falling due within one year.
There's plenty more detail, including information in relation to the Christian Life Centre, which transferred operations across to the church during the period, but I'll just settle for noting that IP wasn't a big issue, with only UK £16,326 being generated from music royalties receivable (though presumably there might have been other income from the church's music front hidden within other broad accounting categories).
It was a little surprising, given the heavy promotion of dvds and cds in Australia, but perhaps the UK church doesn't generate much content, and instead just on sells, or performs and sells, Australian generated musical content. Yes, Christians exporting dinkum Christianity back to the one time imperialists. How sweet.
Whatever, it seems a pretty solid, cash generating business, and the bottom line must make standard churches look at the cash flow and wonder how they can get in on the act.
Well we all know (or we should, at least if we still read Lillian Hellman plays) that Song of Solomon 2:15 says, Take us the foxes, the little foxes, that spoil the vines: for our vines have tender grapes.
In which spirit it seems that Hillsong London have taken the time to get their house in order.
To ensure the ongoing achievement of their objectives the charity focused heavily on improving their internal infrastructure during this period. The Senior Management team was enhanced and developed to meet the increased demands of the organisation's continued growth. In addition a comprehensive review of the organisation's support infrastructure was undertaken. This included a review of office space and layout, IT systems, Financial Management systems, HR systems and Communication tools. Alongside these activities, the organisation continued to see growth in the number of people accepting the Christian faith and becoming actively involved in the church. The Board is also pleased to report an excellent period of fundraising, which resulted in increasing the reserves of the charity to a level of £2.3mil.
Wow. When Christopher Pearson jabbers on about militant atheists or rampant secularists, I really don't think he has a clue. Show me a militant atheist who manages to run a business with this kind of approach and a matching capacity to generate cash flow.
The interesting schtick for London is that they conduct services in the Dominion Theatre - pure show biz - while they also turn up sometimes at the O2 Arena in Greenwich for a big bash, but also use multiple other smaller, venues for get togethers. The total congregation is now estimated at 6,000 and Hillsong Paris has now become a separate church (see wiki here).
What's interesting is the way this kind of tent religion has continued and transformed from its early days, and how it still resonates in the wider culture, not just within the culture of the converts. You only have to look at episode 11 of season 11 of The Simpsons to see it at work, when Homer gets his head stuck in a bucket, a faith healer gets Bart to pull it off, and then Bart decides to set up his own church in his own tent.
Or There Will Be Blood, and its vindictive pay off to a preacher who gets clobbered and killed with assorted period bowling alley props. The love hate relationship between plain capitalism and religious capitalism is given a graphic celebration ...
These days things are much more sophisticated than the old tent spruikers selling salvation for the soul, though as I've written before, I still have a very soft spot for the film Elmer Gantry, which features one of Burt Lancaster's very best performances as a preacher with a weakness for sin.
But isn't it nice to know that in London it's treated as a business and has to publish accounts. Roll on the day that we can take a look at scientology's accounts, though if you want to know how to splash down a cool quarter of a million plus to get yourself "clear", why not take a look at this Wiki here.
Hmm, should I get "clear", or sing a clap happy song or two and get tithed for the pleasure, or maintain my dour militant secularism, eating porridge with salt in sullen silence in the morning? Choices, choices ... 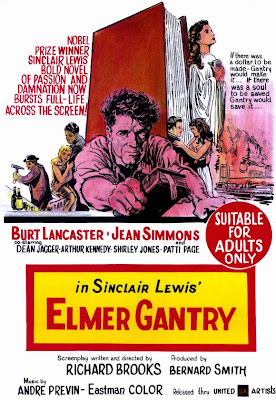