Alex Jones, Stephanie Pasco, and tell the world it's an emergency, the seed pods are coming!

(Above: Four Yorkshiremen. Funny when you're young and funny when you're old. And nothing to do with anything, except it's Sunday. Now in my day on a Sunday we were up at four am ...)
Things being slow on a Sunday in our domestic loon pond, time to stride the vast world of the intertubes in search of treasure.
And in only a few seconds, there's more than enough for a lifetime of study comes tumbling down the pipes courtesy of Alex Jones, host of an eponymous radio show syndicated with Genesis Communications Network in the United States, and also available on the intertubes.
You can read as much as you'd like about Jones by trotting off to Wikipedia here, but we have smaller fish to fry today.
You see in a bid to save the United States (possibly even the world) Jones has a web site going under the title Alex Jones' Infowars.com, (there's a war on for your mind!), and if you pay a visit, you're likely as not to stumble on such epics of advanced thinking as Stephanie R. Pasco's The Move to Depopulate the Planet.
Yep, at a time when most are projecting that the population of the earth over the next thirty years is likely to spiral from plus six billion to around the nine billion mark, Ms. Pasco has discovered an alarming plot to depopulate the planet.
The depopulation agenda is based on nature worship, or Gaia worship. In Genesis, God clearly told Adam and Eve, and then Noah and his family to go forth and multiply to fill the earth. Nowhere in the Bible does God rescind that clearly spoken commandment. Therefore man is attempting to supercede the command of the Lord God in heaven: The Creator! I ask you, who knows more about the state of the earth, the created, or the Creator?
Okay, you catch the drift. Ms. Pasco flings together an assortment of quotes ranging from the Club of Rome through Mikhail Gorbachev and Aldous Huxley to Jacques Cousteau, Bertrand Russell, Henry Kissinger, David Rockefeller, Sir Julian Huxley, Theodore Roosevelt, sundry UN treaties, and so on and on, until we land on the news that Prince Charles is involved. Yep, our very own aspirational tampon, our future king:
In 1990, Prince Charles formed The Prince of Wales Business Leaders Forum to bring together 50-60 of the world’s topmost multi-national/transnational corporations to start buying up governments around the world. This is Public/Private Partnerships: This is the very definition of fascism.

Oh no, and maybe someday he'll be our king, long may he reign over us, send him victorious, happy and glorious, and so on and yadda yadda. Eeek, he's a quintessential fascist! Lordy, those genes from that philandering nineteen thirties Duke of Windsor must run deep in the blue blood.
The piece concludes with a moving call to arms:
I must stop here. At the rate things are now moving, I could add to this daily. But, December 31 is not so far away now, only 4 months. I must get this out now. Time is short.
If you find this to be worthy, please, spread it everywhere you can. Email it, blog it, post it on forums; mail it. Do what you must. People are asleep. They must be woken up. Forced immunizations are right around the corner. These things will come to pass. It is our job to warn people. Please, I ask you, warn them.
Golly, that's better writing than the end of Don Siegel's version of Invasion of the Body Snatchers, when the word spread that trucks were on the move with the most peculiar things you ever did see. Seedpods!
Where was the truck
coming from?

Get on your radio
and sound an all-points alarm.

Block all highways
and stop all traffic...

and call every law enforcement
agency in the state.

Operator, get me the Federal
Bureau of Investigation.

Yes, it's an emergency!

Why am I suddenly reminded of that excellent cartoon series Pinky and the Brain?
Pinky: "Gee Brain, what do you want to do tonight?"
The Brain: "The same thing we do every night, Pinky—try to take over the world!"
Try? The loons are on the march, and we will succeed. Hear a knock on the door? Go on answer it, it's probably one of our operatives waiting patiently to enlist you in our cause ... 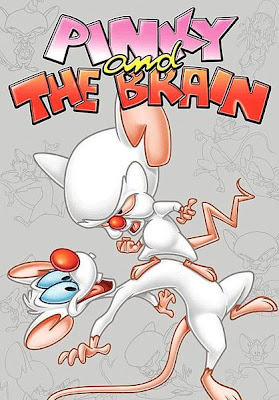 (Below: colorful tees available from Alex Jones' online shop in a range of colorful paranoias and demented sizes. Never let ideology get in the way of a sale. Ah America, land of Willy Loman). 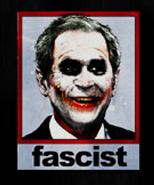