Fraudband, carbon fraud, and a whiff of the foul stench known as the essence of Devine ... 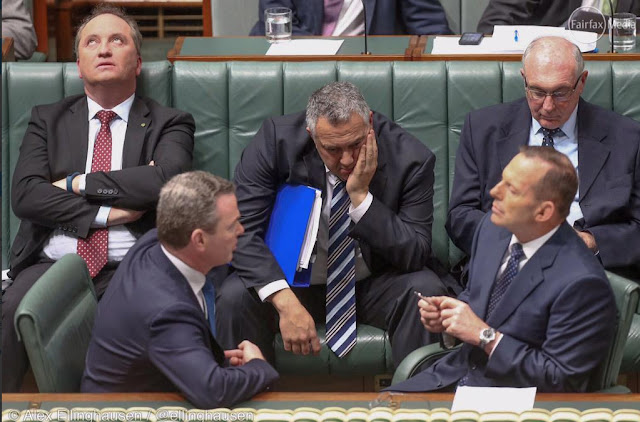 (Above: found on Twitter, because it irritates the reptiles so, with a reference to Caravaggio, not far off the mark. Tweet your regard to Alex Ellinghausen here).

What else this grand day?

Well please allow the pond to provide a link to Rod Tucker's excellent outing at The Conversation, The NBN: why it's slow, expensive and obsolete, which begins this way: 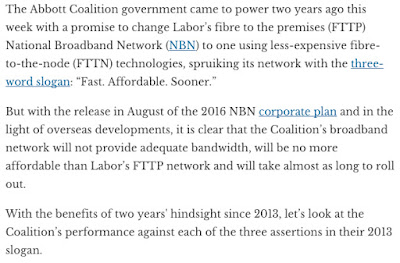 Each day we think of big Mal's fraudband, we descend into a right old blue funk of rage. 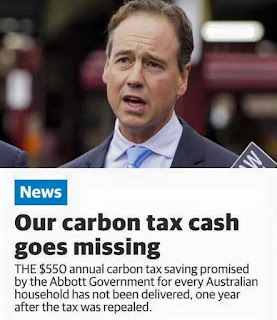 That was in the HUN back in July under the header Councils and business absorb Abbott Government's pledged $550 annual carbon saving (paywall protected, but can be googled).

Of course blaming councils and business is the easy way to  cop out on the selling of the big, knowing, conscious lie of the original promise.

Enough already, time for an incisive insight on the social issues that matter, and who better to turn to than Miranda the Devine?

Naturally the language in the splash was moderate, and beguiling. What better term than "moral leper colony" when discussing gay rights? 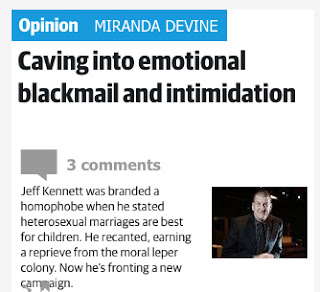 The moral leper colony! Perhaps what we need is a leper bell ... 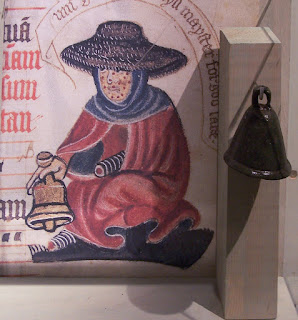 Go on, you can Greg Hunt it here, and maybe find your missing carbon cash while you're at it ...

And so with the right tone set - remember when discussing gays, "leper colony" is the go to buzz word of the day - it's on to the Devine, with bonus fear-mongering notions such as 'emotional blackmail' and 'intimidation' - two things the guilt-laden Catholic church knows plenty about:

Yep, it's just a pathetic, watered down version of Gary Johns' scribblings from yesterday in the reptile Oz, and as reported here on the pond with great pride, as we marvelled at Johns' incisive thinking and wondrous use of statistical evidence.

Lazy, and sloppy, and without even Johns' feeble attempt at statistical manipulation, but instead with that special whiff, that lovely tang, that essence of Devine, with the spruced up reference to the moral leper colony and the emotional blackmail and the intimidation.

But at least the Devine can be celebrated for her astonishing logic. Who else could propose that the failure of happiness to materialise if gay marriage becomes law might well lead to depression and suicide amongst gays ...

So campaigning against gay marriage is a compassionate attempt to prevent gays suiciding ...

Yep, with that sort of compassion, it's hate, hate, hate all the way, as you'd expect from a Catholic conservative who routinely disregards the thoughts of the Christ she's supposed to follow ...

What was it Jesus said about the lepers?You can Greg Hunt it here, and might even discover your missing carbon cash in the process. (But forget about a fast NBN, it's long gone ... not even the one who walked on water could turn copper into fibre).

Now on his way to Jerusalem, Jesus traveled along the border between Samaria and Galilee.
As he was going into a village, ten men who had leprosy met him.
They stood at a distance and called out in a loud voice, “Jesus, Master, have pity on us!”
When he saw them, he said, “Go, show yourselves to the priests.” And as they went, they were cleansed.
One of them, when he saw he was healed, came back, praising God in a loud voice.
He threw himself at Jesus’ feet and thanked him—and he was a Samaritan.
Jesus asked, “Were not all ten cleansed? Where are the other nine?
Has no one returned to give praise to God except this foreigner?”
Then he said to him, “Rise and go; your faith has made you well.”

Silly Samaritan. Stupid Jesus. Cursed be the foreigners. Save the Xians!

Enough already, and once again, the pond has to apologise for running an example of essence of Devine: 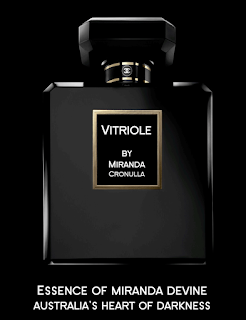 As some sort of attempt to redress the balance and remove the stink, how nice that Alex Ellinghausen's photo has turned into a meme.

It takes the photo a little further away from Caravaggio, but the meme has its own truth: 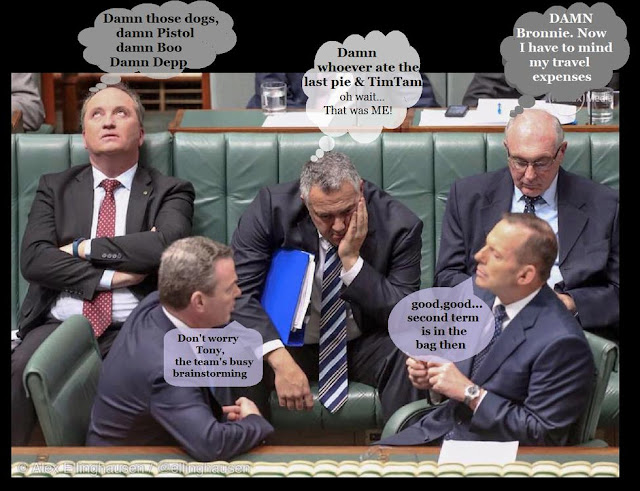