And so begins the back flips of the flip flop thong wearer ...

So now comes the whiff of desperation, the days of the flip flop, the succumbing to pressure, the withering on the vine. 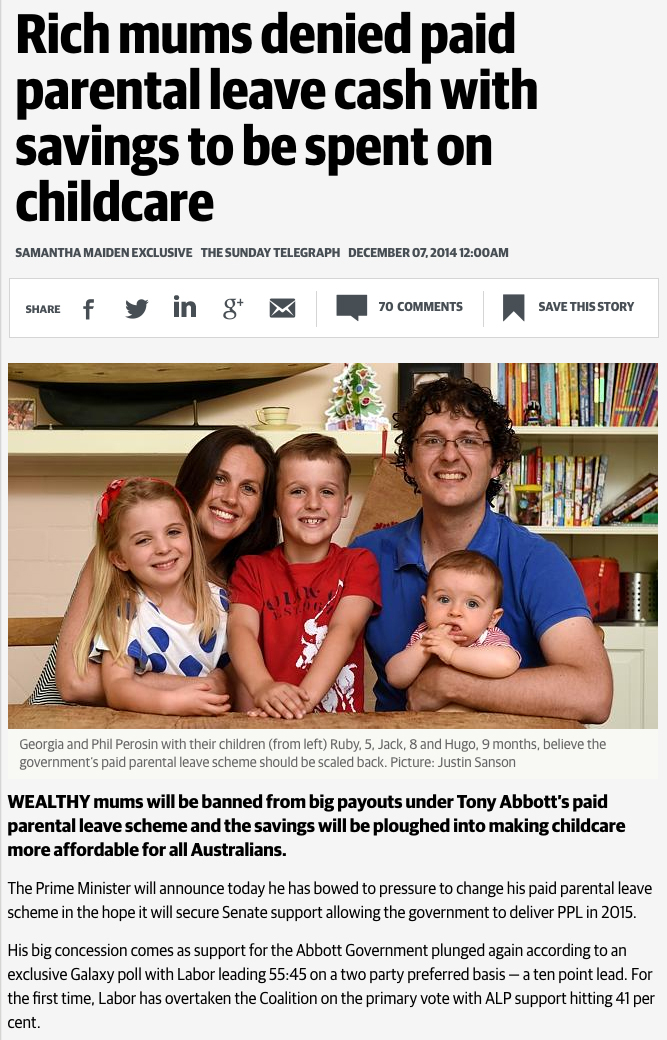 Will it staunch the flow, will it stop the blood?

If the memories of the days of Gillard are any guide, once there's a taste for blood, up goes the cry "let there be more blood" ... until the harried and wounded hound finds somewhere quiet to lick its wounds, and then depart the scene ...

Significantly the story was dropped in the Murdoch press on a quiet Sunday ... and when you read the story itself, the headline doesn't mention the backflipper's back flip.

But it was there in the splash: 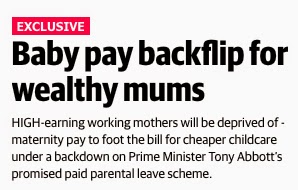 And if you could look past the parade of flesh, it was there on the front page as a backflip: 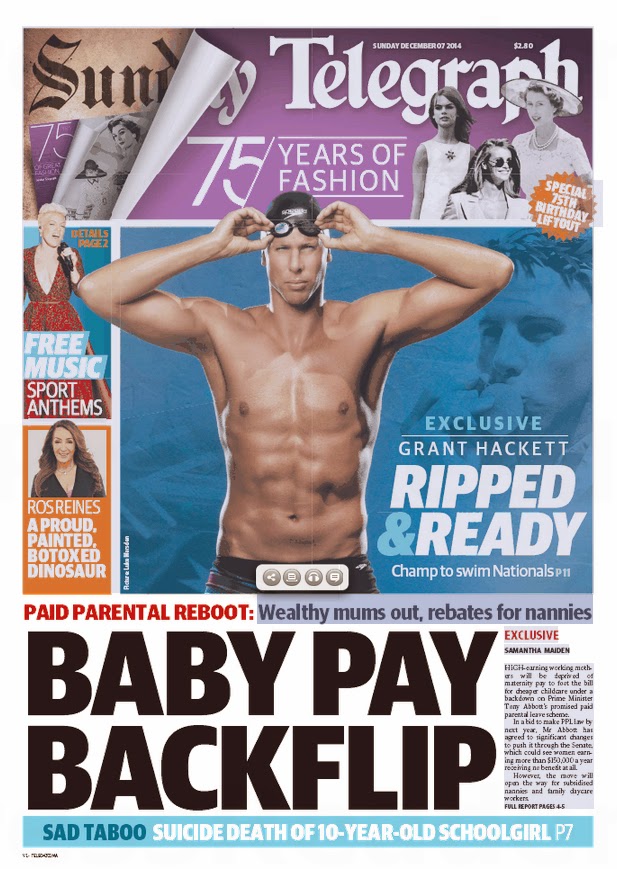 Oh sure, it was presented as an "exclusive" in all the thinly disguised hive mind brands as an "exclusive", as if no one's capable of noting that an exclusive to one paper must be a weird sort of exclusive if it turns up exclusively in another paper, but at least the HUN tried to be kind and dubbed it a "re-boot", rather than the act of desperation it is: 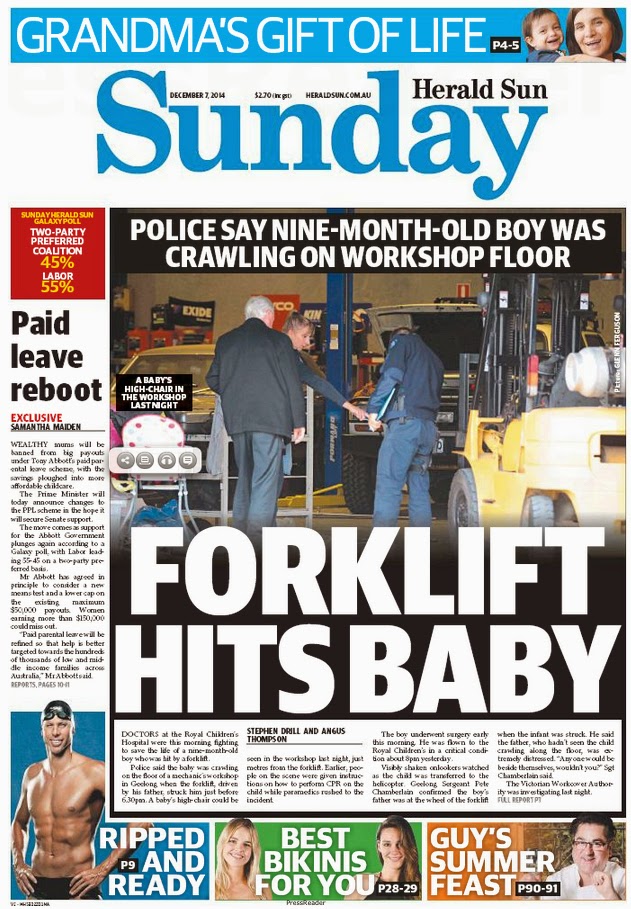 As a result of the strategic leak, the Fairfaxians had to play catch-up, and report the report, and they knew a backflip when they saw one in another paper: 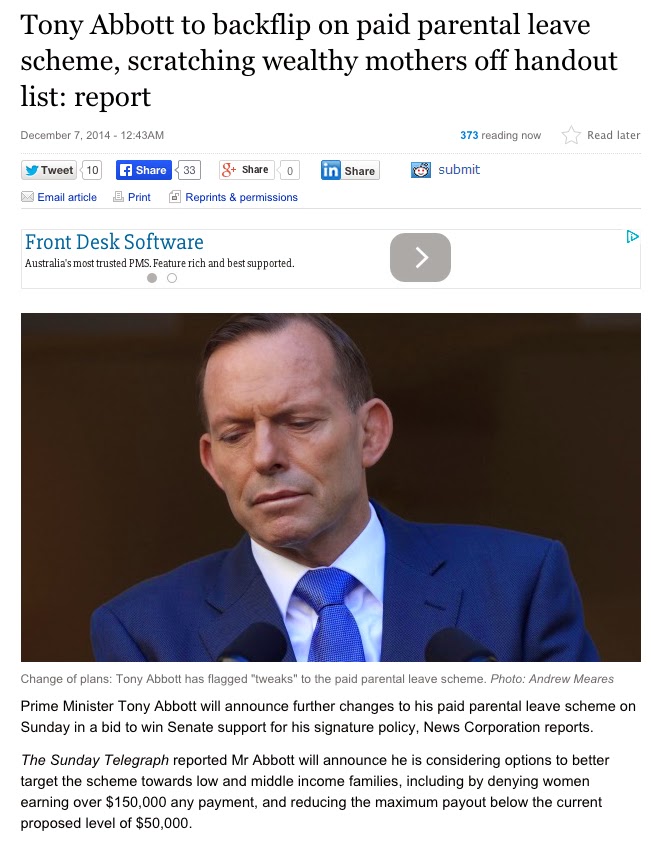 And the ABC led with a delightful word: "succumbs": 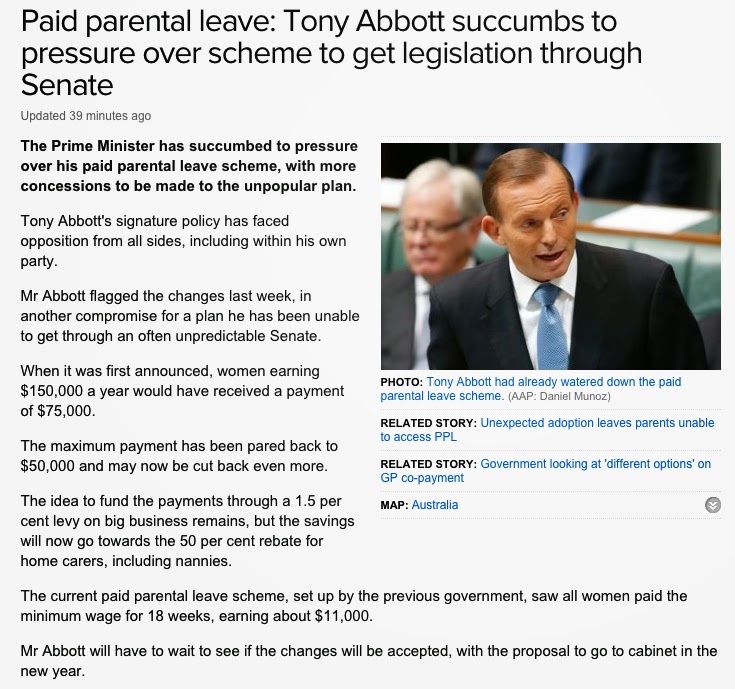 So why was this backflip, long expected, dropped on a Sunday like the corpse of a dead cat, so significant?

Well the Currish Snail belled that cat, or let that cat out of the chaff bag, or if you will, cut to the chase, and got into the pool with the numbers: 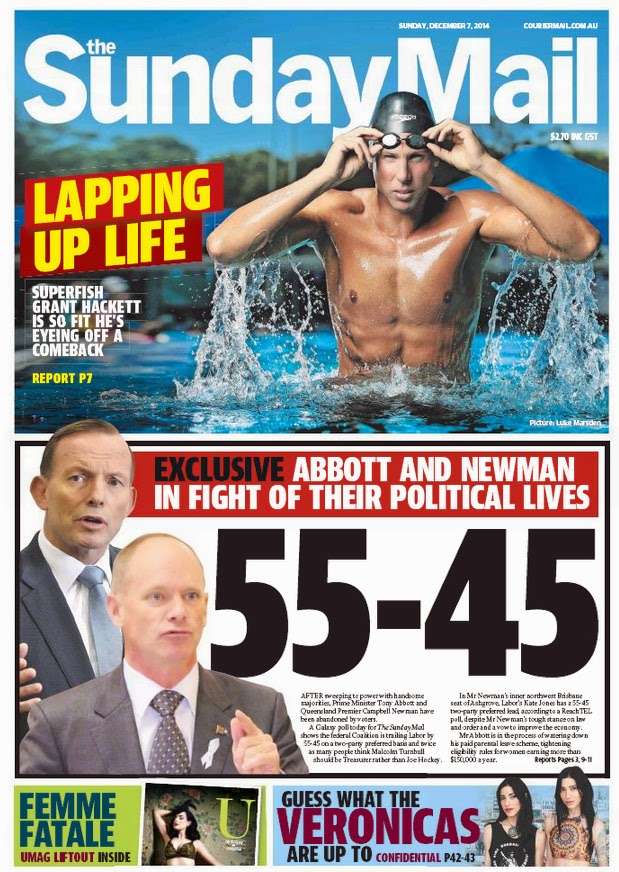 Meanwhile, other stories continue to multiply - here's one:

And the verbal thrashings continue, though this one by Katharine Murphy turns up where you might expect it in the Graudian, in its wretched new lightweight, virtually unreadable, iPad crashing format, under the header Five things we've learned from the year in politics.

Oh it's going to be a good, good year for humiliation, as the desperation compounds and the panic spreads and the anger mounts ....

Why the pond is already looking forward to the next flurry of cartoons that greets the next set of knights. Remember this vintage Pope? Yep, there'll be more vintage Pope to come here: 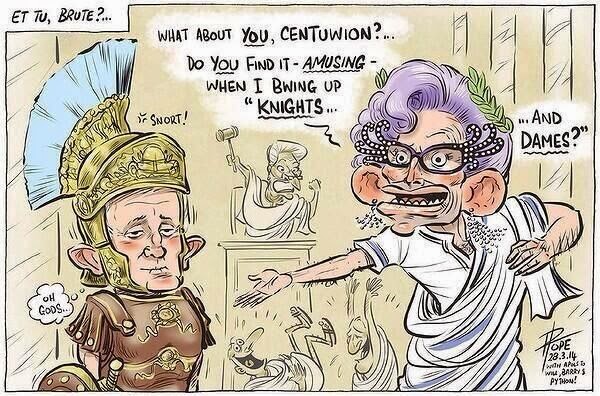