Christopher Pyne, and how to shift from mincing poodle through doofus to dipstick in one easy lesson ... 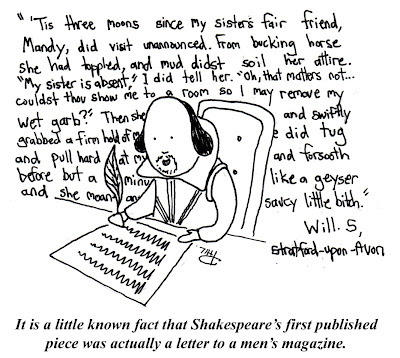 (Above: crucial information you won't get in a standard Australian education).
By Julia Gillard's definition, Christopher Pyne is a mincing poodle.
Pyne shrugs off 'poodle' taunt is now old news, and in its day I used to think that it was unfair to both poodles and to Pyne.
Once upon a time, I also used to think 'mincing' was okay as a word. Sure it had its derogatory uses, often deployed by men who liked to stick their heads up other men's bums in a scrum, and nothing wrong with that, but what's wrong with elegance in gait, manner or speech, even if slightly affected?
Now I'm not so sure, and still worried about the vexed question of poodle abuse, I'll settle for calling Pyne a mincing doofus. And never mind about the mince meat implications.
Now the status of doofus as a word is confused. It used to mean an incompetent, foolish, or stupid person, perhaps from the Scots 'doof', a fool, and goofus, as in goof and goofy.
Then Seinfeld came along, and then Jerry started talking about Kramer as someone who takes hip to such an extreme that hip is no longer cool:
"He is such a hipster doofus, and has not changed at all since college. Do you think he knows he is a hipster doofus?" (here)
All the same, I'll settle for doofus, because it takes a particular talent to hustle through a curriculum, and announce on the basis of a word count that it manages to take a black armband view of the past.
"To me, it smells of another disaster waiting to happen,'' he (Pyne) said.

"What the Government has announced I think is an accident waiting to happen.

Mr Pyne said the draft curriculum had 118 references to Aboriginal and Torres Strait Islander culture but none of the Westminster parliamentary system or the Magna Carta, on which Australia's laws were based.

"There is absolutely no reason why you can't teach both sides of Australia's history,'' he said.

A coalition government would review the curriculum and "if the review confirms our very serious doubts, then we will scrap the national curriculum and will start again". (here)
You can almost guess the game. Get hold of the curriculum, count the number of references, feel the weight, do a quick search on a couple of key terms to see if they bob up in the search, and when they don't, hey presto, you have Pyne's doofus blather about a curriculum disaster.
Does the curriculum mention Pericles' funeral speech for the Athenian war dead? Who cares, but what a disaster if it doesn't. Quelle catastrophe. Does it cover the causes of the Hundred Years War in the loving depth of Edouard Perroy, whose seminal work surprisingly can now be found for free on the intertubes here at the Internet Archive? When even the participants didn't have a clue as to how they managed to keep the feud going for a hundred years? Never mind, I'm shocked at this startling lack of interest in medieval history.
And so forth and so on and etcetera.
Confronted by this kind of absurdity, it's almost impossible to respond to 'black armband' hysteria. Talk of balance sounds like mealy mouthed piety, as the word search function hypes into over-drive:
“Grade nines will consider the personal stories of Aboriginal people and examine massacres and `indigenous displacement', without any reference to the benefit to our country of our European heritage and the sacrifice of our forebears to build a nation.
“There are 66 references in the document to Asia. There are 10 references to Britain”. (Barry McGaw defends national curriculum against Christopher Pyne).
It's such a stupid quantitative analysis that you have to wonder if there's a qualitative bone in Pyne's brain. And of course by a mere quick glance at the actual curriculum it's easy to pick to pieces.
Lordy, when even the determinedly tabloid David Penberthy can write a more considered response in Taking off the white blindfold and black armband, surely Pyne must be classed as an attention-seeking class clown.
And then Tony Abbott joins in the chase, as noted in Full marks for trying, but could do better:
The Coalition talked for years about a back-to-basics curriculum like the one unveiled by Julia Gillard yesterday. So you would think Abbott would be pleased, right? Wrong.
He said it was ''political correctness run riot''.

As for the emphasis on Sorry Day?
A closer reading shows kindergarten students will be taught about the passage of time through their own families' stories, including ''commemorative events such as birthday parties, religious festivals … and community commemorations (Anzac Day, Sorry Day)''.
Yes, it seems they let blacks into schools these days, and they might regard sorry day as a community commemoration, though Whitlam pouring soil into the hands of traditional owner Vincent Lingiairi resonates more with me.
Now if Pyne had been criticising the rigamarole involved in getting into the ACARA site - here - so you could take a look at the curricula in question, he might have had a point. They even have a cheeky box which suggests you have a choice as to whether you might want to receive communications from ACARA, but if you fail to tick the box, you can't move ahead in the elaborate registration procedure.
When you actually get inside, you see the history curriculum's a pretty fair average attempt to cram a lot of human activity into a very small space, and having studied history for far too many years in secondary and tertiary institutions, and even taught same, I gave a quiet shudder, and headed for the revolving exit door.
But once you do take a look, the 'black armband political correctness run riot' routine is so utterly lame as to be counter-productive, a kind of opportunistic Mark Latham street fighter cynical exercise that suggests Abbott's team is incapable of considered response and reasoned debate.
Which led me to think that perhaps I got it wrong.
Perhaps doofus isn't the go, and dipstick is more appropriate. While the term has a variety of usages - I believe you can even use it in relation to cars - this is the one I prefer:
... one who's brain capacity is less than a long thin piece of metal used to check oil levels. (here)
Sorry, I just had to correct a spelling error in that quote. Young people! They think they can spell like Shakspere on the intertubes, in much the same way as that goose Shackspeare and the Elizabethans didn't have a clue about standardised spellings (The Spelling and Pronunciation of Shakespeare's Name). Why don't they know how to use a spell and grammar checker and word counter like Christopher Pyne and his team?
Now what's the bet that the commentariat columnists will spend ritual time disembowelling the curricula so the history wars can endure for a hundred years, as a way of teaching medievals that the new millennium can harbour grudges for just as long as they did?
Meanwhile, poodles can feel free to mince through the land with their heads held high. Attack dog Pyne has managed to bite himself in the bum, and no self-respecting poodle would be so silly.
(Below: the "I can't believe I'm running a photo of a poodle" moment all bloggers must endure. Can a lolcat looking suspiciously like Christopher Pyne be far behind?) 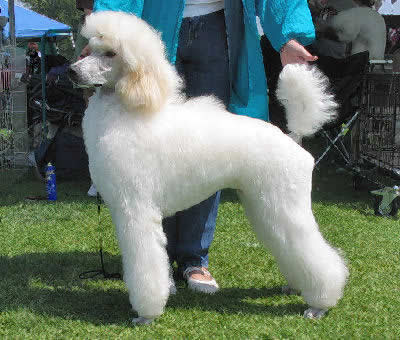