Ben Power, introverts need to be extroverts, and that's enough reason to get on the mandala I Ching mystic hippie gravy train ... (Above: loon pond goes Buddhist and Jungian, and here for the mandala image).
There is nothing more dangerous than a brooding introvert who has been (apparently) badly treated and denied the spoils of commerce.
Actually there is. There's nothing more dangerous than a brooding journalist required to fill up space in the National Times for the Sydney Morning Herald, probably by an editor doling out bad treatment with a firm hand, as if it's the natural order of things, and denying anything but a pittance to the scribbler.
Or at least that's the message I took from Ben Power's Introverts, idleness and the beauty of solitude.
It's the business of the commentariat to blather on about what others blather on about, in much the same way as here at the pond, we blather on about the blathering blatherers (yes oh yes, pluralis majestatis strikes again).
So Power takes as his talking point Clive Hamilton's Kick back and endure being bored and uncomfortable, proving that intellectual incest is best kept in the Fairfax family.
Hamilton of course has long made a meal out of describing himself as an introvert and not very sociable (see Farah Forouque's Marh 2008 profile Culture warrior has plenty left in the think tank), but the notion of extraversion and introversion seems to have arrived only lately in Power's think tank, and he doesn't quite know what to do with the notions.
Except to write gibberish:
Perhaps this is the root of the problem. Are more and more introverts becoming bitter and railing against the world, rather than getting out there and seeking to engage and change it in a positive way – particularly business and capitalism – and to defend the things they appreciate? It may be against their character to take action, but maybe that’s what needs to happen.
Que? Introverts, become extroverts! Problem solved!
A little learning is a dangerous thing, and Power's method is to proceed by way of stealing a little from Carl Jung. before settling on Jonathan Rauch's Caring for Your Introvert.
Perhaps Power didn't provide the link because Rauch's article is better written, more amusing and insightful, and once you land there, you can follow the links to Introverts of the World, Unite! and The Introversy Continues.
Contrast Power:
Many introverted intellectuals combine the introvert skills of thinking and writing with a bitterness at having an emotional make up seemingly at odds with the harsh, capitalist world. The result often is left-wing diatribes and utopian dreams of a world where sensitive types could flourish.
Uh huh. Well there's only one thing that can make an introverted intellectual bitter, and that's reading the kind of foolishness offered up by Power, way worse than a left-wing diatribe, or a utopian dream.
There's always fun to be had when a shallow thinker in stereotypes gets lost at the deeper end of the pool, and is forced to embrace Whitman-esque contradictions in the quest for meaning:
... are introverts really oppressed, and are extroverts really taking over?

On the face of it, yes. Introverts have traditionally congregated in churches, universities, and the arts – all arguably under threat or in decline. Our fast-paced hyper-capitalist business world definitely appears increasingly introvert un-friendly. So too is politics. Could an introvert really survive in the 24-hour news machine that politics now is?

Unfortunately, reality doesn’t always back up this theory. According to some research, 40 per cent of corporate CEOs are introverts. In politics, Tony Abbott is definitely an extrovert, but Kevin Rudd displays introvert tendencies, as does US president Barack Obama.
So people with introvert tendencies get to push the levers, while the extroverts get to be opposition leader? With that kind of oppression, no wonder I feel oppressed.
There's plenty more Power for those who like their Powerade lite, but I began to think that I could do without my reading being isotonically charged.
But at least Power reminded me of Jung, who first articulated and popularised the concepts of extraversion and introversion.
Like any decent psychiatrist, Jung was as mad as a march hare at least some, if not all, of the time, and once you've passed through the anal retentiveness of Freud, Jung is the logical next spiritual, mystical step.
As usual, there's a lot more interesting to read about Jung on the intertubes than arises from Power's burblings, starting with the wiki here, but also allowing you to wander down some bizarre paths, as with Jung's interest in alchemy.
Here's Stephan Hoeller on C. G. Jung and the Alchemical Renewal:
Alchemical interest and perception permeate many of Jung's numerous writings in addition to those devoted primarily to the subject. His work Psychology and Religion: West and East, as well as numerous lectures delivered at the Eranos conferences, all utilize the alchemical model as a matrix for his teachings. Time and again he pointed out the affinities and contrasts between alchemical figures and those of Christianity, demonstrating a sort of mirror-like analogy not only between the stone of the philosophers and the image of Christ, but between alchemy and Christianity themselves. Alchemy, said Jung, stands in a compensatory relationship to mainstream Christianity, rather like a dream does to the conscious attitudes of the dreamer. The Stone of alchemy is in many respects the stone rejected by the builders of Christian culture, demanding recognition and reincorporation into the building itself.
Lordy, lordy, so it seems Power has entirely missed the point. The architect of extra and introversion was actually a dedicated gnostic with a fixation on alchemical imagery. Surely there can be only one outcome for civilisation:
Crying from the depths of the chaos of this world, the wisdom-woman Sophia calls out to the alchemists of our age. Depth-psychology has indeed served as one of the principal avenues through which this redemptive project has been made known. The time may be approaching, and may in fact have come already, when potential alchemists in various disciplines and spiritual traditions may address themselves to this universal task of alchemical liberation. In 1950 Jung was greatly encouraged when Pope Pius XII used several manifestly alchemical allusions, such as "heavenly marriage", in Apostolic Constitution, "Munificentissimus Deus", the official document declaring the dogma of the assumption of the Virgin Mary, (the Catholic Sophia). In our time alchemy has come into its own, and beginning with the most recent two decades Gnosticism has begun its return journey also. The stone that the builders rejected is moving ever closer to the structure of Western culture.
Rally, introverts, rally to Jung. Heed the call of Power. Take action, reclaim the night. Instead of becoming bitter and railing against the world, spend a lifetime trying to work out how to turn lead into gold.
After all, as Power himself noted:
Introverts also wield unseen power through their two great strengths – ideas and writing. Keynes said practical men are all slaves to a defunct economist, but they’re also slaves to the ideas of intellectual introverts.

This can be positive and negative. The ranks of introverts have provided some of the most dangerous ‘ideas’ people in history – Jung himself said the philosopher Nietzsche, whose ideas have inspired nasty people everywhere, was an introvert.

Which leads me to wonder if Power himself is an introvert? And then realised that someone who could issue a clarion call for introverts to turn themselves into extroverts and take over the world might be a goose, but hardly a deep thinker with dangerous ideas.
Never mind. I prescribe extensive periods of meditation for Power, perhaps contemplating mandalas, in approved Jungian style, or reading the I Ching:
I of course am thoroughly convinced of the value of self-knowledge, but is there any use in recommending such insight, when the wisest of men throughout the ages have preached the need of it without success? Even to the most biased eye it is obvious that this book (the I Ching) represents one long admonition to careful scrutiny of one's own character, attitude, and motives. (Foreword to the I Ching by Jung).
Or perhaps an admonition to careful scrutiny of one's scribbles?
In the meantime, if you're an introvert yearning for a post-Power Jungian sorbet, the best starting point surely remains Memories, Dreams, Reflections, whatever the fuss about censorship, since much of Jung's professional writing remains determinedly impenetrable and turgid. Recognising this, at the end of his life, Jung embarked on Man and his symbols, aimed at a general audience, but it's inclined to mystical fluff. If you've got a taste for some heavier going over the bog swamp of the mind, you can find teasers at google books, as with their sampling of The symbolic life.
The ultimate point being I suppose that you can start with shallow musings by Power, and thanks to the power of the cornucopia of the intertubes, end up somewhere more interesting. No wonder the tree destroyers fear its power ...
Om ... or should that be omg? 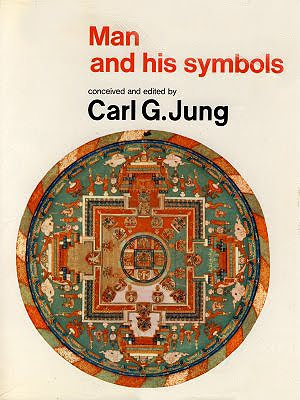