Barney Zwartz, and a dose of comedy will fix the cosmic joke which ails ya ...


(Warning: do not let your child view the monologue above!)
Sheesh. Sharp evidence from Barney Zwartz that some atheists have no idea about anything, just like drooby Christians.
Talking about the recent atheist convention in Melbourne, Barney gets to brooding about humour in Atheists' ridicule won't win friends and influence people (well his header would say that, wouldn't it, seeing as how Christians are the only true Dale Carnegies in this world):
The humour at the convention was in some ways the most revealing aspect. Some I found very clever; but some it would be charitable to categorise as inept.
American comedian Jamie Kilstein bellowed a monologue at about 600 words a minute, making him hard to hear: just as well, perhaps, as two-thirds of the words began with ‘‘f’’ and ended with ‘‘k’’, and the rest were very specific about gay sexual practices. More than one present confided that it was the low point for them, especially with children there.

Well bugger me dead, you mean there were atheists who dragged their kids along to listen to a fucking stand up comedian, and wondered why there was a fuck here and a shit there? And worst of all, unseemly gay sexual practices?
Now you might not like Kilstein's comedy stylings, but really since the days of Billy Connolly - oh okay Lenny Bruce - you'd have to be remarkably dense to turn up to a stand up comedian's riff and not expect a few salty words. Barney and his co-conspirators, who still manage to be shocked by such words, are showing their age.
What else has he got?
Also unworthy were ABC science presenter Robyn Williams offering “a devastating argument against religion in two words: Senator Fielding”; former Hillsong member Tanya Levin: “I’m finally getting to hang out with the adults”; and Rationalist Society president Ian Robinson, asking whether there were any believers in the audience. “OK, I’ll speak really slowly.” (Wild applause after each.)

Hey, I laughed. Thanks for the jokes Barney.
Here's a Christian joke. You can find more at Christian Jokes. To cut a long shaggy dog story down a little, Satan turns up at a church, and an elderly gentleman, to Satan's consternation, refuses to leave his pew:
"Don't you know who I am?" asks Satan.
"Yep, sure do," the elderly man said.
Satan asked, "Aren't you afraid of me?"
This time the man said, "Nope, sure ain't!"
Satan, a little more perturbed at this, asked, "Why aren't you afraid of me?"
The man calmly replied, "Been married to your sister for 56 years."
Ha, slapped my thigh so hard, I thought I was going to dislocate my hip. Chortle. Bugger me dead, those Christians know how to tell a self-deprecating joke. Bloody women, can't live with 'em and can't live without 'em. No wonder Barney can round out his piece thus:
What was missing was any sign of self-deprecation. Atheism will be a mature movement in Australia when atheists can laugh not just at the religious, but at themselves.

Yep, that's what we call a generalisation. It seems all atheists can't laugh at themselves, despite the cosmic joke the absent god or gods have played upon them, while by contrast it seems that the religious just love the cosmic joke and laugh at themselves all the time. Laugh all the time those Christians, unlike those wretched, high minded, dull, pious, probity-laden, puritanical atheists.
Nothing like a little stereotypical nonsense to keep the wheels turning.
Meanwhile, the next best thing to knocking a sensa huma, which is to keep calling atheism a religion, and atheists religionistas, is the card Barney keeps up his sleeve, and produces at the drop of a hat:
Many there would be horrified at how similar it was to evangelical meetings I have covered, down to the bouffant-haired televangelist prototype in Atheist Alliance International president Stuart Bechman, who was master of ceremonies. Every jibe brought a burst of applause — all that was missing was the “hallelujahs”.

Newsflash Barney. Bechman comes from California, worse still Simi Valley. Out LA way, if you don't have bouffant hair, a nice tan, perfectly capped teeth and a sunny smile, next thing you know you're a bum on the street begging for a dime. It's the California way, and soon enough I'll be in Vegas marvelling at the scenery. Complaining about Bechman doing a Tammy Baker (Tammy Faye Messner to you lot) is about as silly an ad hominem as you can get, as is the desire to turn a congregation of atheists into an ersatz Hillsong. Because over there in the song and dance crowd, you're spending time with children who've yet to put away childish things ...
Oh I'm sorry, there I go again, laughing at the weak minded and speaking slowly.
But it seems Barney is terribly concerned about the atheists, who simply don't have the broadminded tolerance displayed by Christians, from the pope down to the Pellist heretics and the Jensenist nepotics (not that we should, in heretical fashion, be mentioning them in the same breath, since as any Jensenist knows, those papists are heading straight to hellfire and damnation):
In Australia, as a sociologist told me, organised atheism is a nascent movement that has yet to learn to articulate its own viewpoint without misrepresenting others. But it took Christians a long time to learn that, and some still haven’t.

He added: "Here in these culture wars lies the origin for most of the hatred of God and religion, while the new violence of a minority of Islamist terrorists has given Western secularists new grounds to attack all religions.

"However it is much safer to attack Christians!"
Oh the poor diddums. Islamics getting a free pass while Christians cop the penalty for handling the ball (or, as Jon Stewart might say, the balls).
But at least Pell recognises that atheists and secularists are the enemy and gets on with his tireless work. Barney thinks that atheists need to go soft cock about their business, and please pardon that terrible tribute to masculine, patriarchal thinking, but I can't think of any other way to explain his limp dick advice:
Here’s my advice. If atheists can reduce their contempt for believers and work harder for their positive goal — reducing the footprint of religion in society — they may begin to exert more of the influence they feel they deserve.
Meh. It's already supposed to be a secular state, but the Lord's prayer starts off parliament, god is written into the constitution, and the churches greedily gobble up the funding thrown at them by the state as a substitute for their failing business models.
And we have Chairman Rudd, and as his alternative, Tony Abbott strutting about bashing us like old time Elmer Gantrys like clockwork. For the absent god's sake, even Julia Gillard keeps handing out cash to religious schools, Scientology amongst them, and no one dares say boo to that religious goose, even when Nick Xenuphon invites them (hang on, I think I meant Nick Zenophon).
Which makes it even funnier when Barney offers a way forward:
When it comes to secularism, they have more support than perhaps they realise. Many Christians and agnostics support secularism, as long as it is understood as a voice for all in which none is privileged, rather than the removal of any religious voice from the public arena (which would be undemocratic).
In which none is privileged? Oh great, that means they'll be handing out some prime real estate in the heart of Sydney real soon - perhaps near St. Mary's, though I'd settle a slot somewhere near St James, or perhaps resume some of the handsome space allocated to St Andrew's - so I can stick up an atheist cathedral and bring out handsome teleatheists from California to preach the bouffant gospel to unbelievers.
Yep, for the solemnest, most serious, and it has to be said, utterly humourless treatment of atheism and religion, Barney's your man, and in the process provides richly rewarding reading and ongoing good times.
Go on Barney, keep telling us how to further the atheist secularist agenda, provided it doesn't mock Christians and refuses to dance the militant dance, and how Christians are the persecuted minority in this broad brown land ...
Meanwhile, lordy lordy, up against Barney, I found a little time to enjoy Catherine Deveney, a rare and novel experience as she scribbles Atheism is a broad church:
The ''atheism is a religion'' question is best answered by the Non-Stamp Collector, a YouTube animator who says: "Saying atheism is a religion is like saying not collecting stamps is a hobby, off is a TV channel or bald is a hair colour".

Why are you atheists so angry? If beauty is in the eye of the beholder then anger is in the sphincter of those people whose beliefs are being confronted. No one who agrees with Dawkins has ever called him strident.

The word ''militant'' has become synonymous with atheist. Militant is simply a word used to describe someone showing opposition in a way the people being opposed don't like.
Yes, and atheists tell better jokes, and have a better sense of humour and laugh at the follies of the world knowing that we're a long time dead in the grave, and blowing yourself up to access seventy two virgins is about as fucked in the head as you can get ... and so on and so forth.
And now for some dire atheist humour: 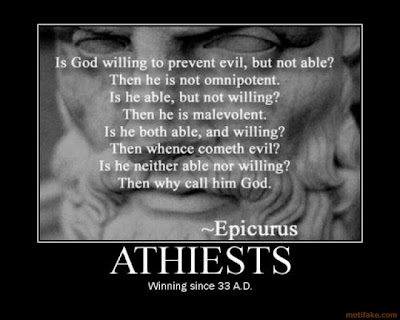 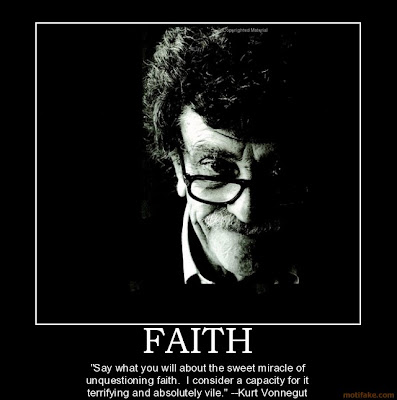 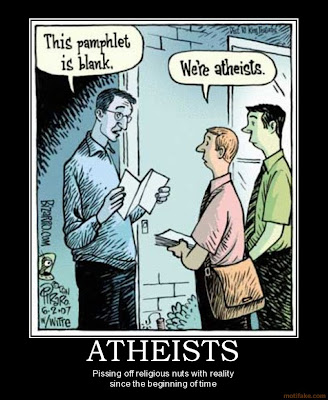