In which the pond attempts a Nellie Melba ...

In short, this was going to be a thank you for all the kind words left on site, and a signing off, with a note that the pond wasn't up to doing more farewells than Nellie Melba, who notoriously managed a four year farewell tour.

But what do you know?

There came the earth-shattering news that the UN international conspiracy involving black helicopters and climate science had reached a startling new level.

This is devastating stuff, the sort of thing the pond really can't overlook:

What is it possible to say about a newspaper that purports to be the heart of the nation, the country's leading and only remaining broadsheet, that it should publish this sort of stuff?

What does it say about Tony Abbott that he would give credibility to this sort of paranoia by having the writer in a leading advisory position?

Well let's not dilly dally, let's cut to the chase: 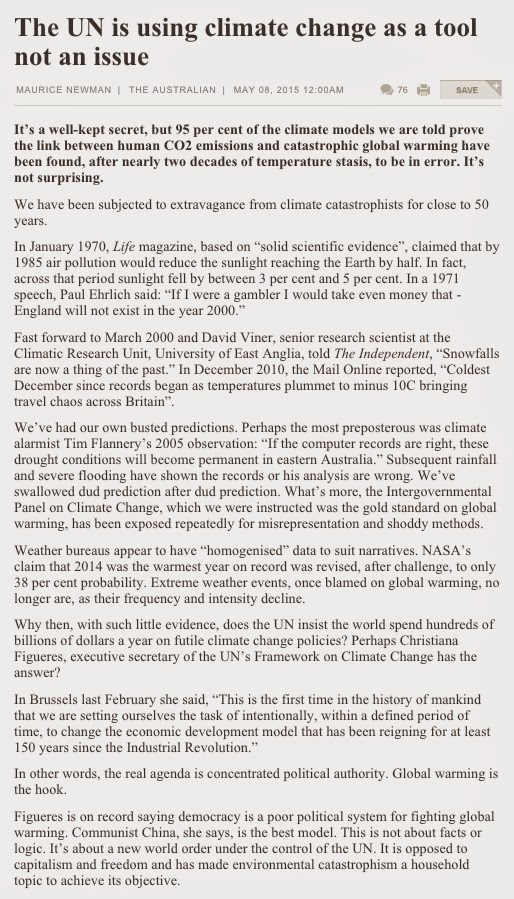 Yep, there it is. Roll that around on the tongue with relish:

Figueres is on record saying democracy is a poor political system for fighting global warming. Communist China, she says, is the best model. This is not about facts or logic. It’s about a new world order under the control of the UN. It is opposed to capitalism and freedom and has made environmental catastrophism a household topic to achieve its objective.

This isn't about facts or logic? Well even a broken clock will get it right a couple of times over 24 hours.

Communist China is under the control of the UN? And so is Vlad Putin's Russia?  By golly, that's as good a conspiracy as the pond has come across in recent years ... 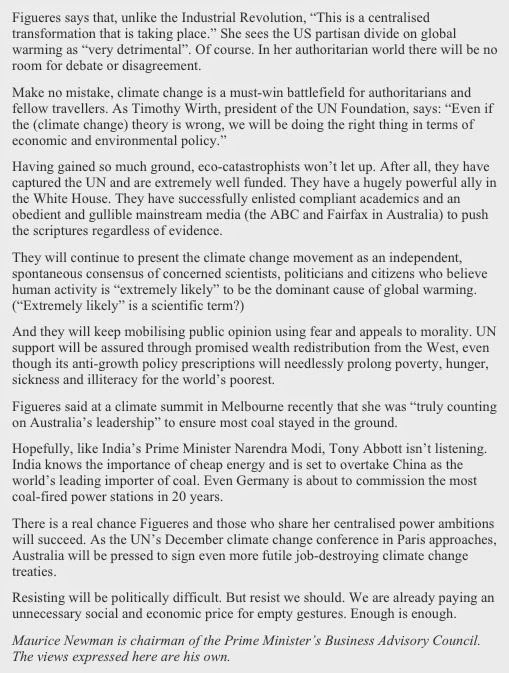 What to say? What can you say to the barking mad?

More to the point, has Chris Mitchell no shame? Does he really have no regard for Moorice, that he should let him rant and froth and foam like this in public, like some twin towers conspiracy theorist?

Ah well, it suddenly made the pond feel quite good, which in these current difficult times isn't that easy.

So here's a recipe for Peach Melba, and the immortal Dame herself, and many thanks to all those who scribbled a few kind words. They were really appreciated. The pond might now be intermittent, but so long as the Moorices of the world keep squawking, there's much still to celebrate.