In which the pond embarks on an epic, obsessive journey with the dog botherer ...

The pond is delighted at the reading on offer this weekend in reptile la la land.

You have to admire the loyalty of the reptiles. When it comes to flogging a mate's book, the chums are always ready to play up and play the game:

A double dose of prattling Polonius! And by golly, the delusional one thinks that Santa is real and he had a friendship with him. 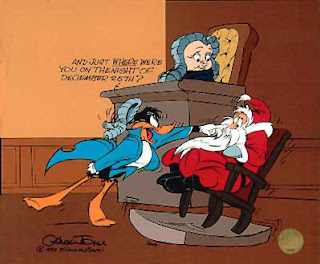 How bizarre can it get, this relentless flogging? 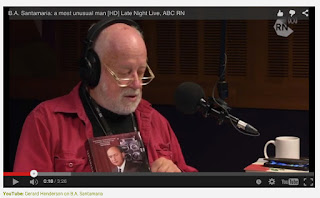 Yep, it's a screen cap only, but there's Polonius's reptilian colleague peddling the tome, as two boring old drones drone on. It's available for your pleasure at the ABC here.

That man clutching the tome actually looks a bit like he's doing a Tony Abbott pose: 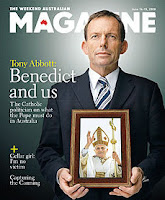 But the pond is tired of Santa and his little helpers. No, not that one: 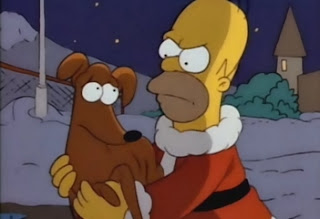 And now to a solemn duty that will test the strength and resoluteness of any reader.

The pond has long contended a couple of simple truths about the dog botherer. It goes without saying that he's barking mad, but the pond's thesis is also that he's a closet climate denialist, fixated on the ABC and Media Watch.

Now you'll need a choc top or three and plenty of popcorn and diabetes-inducing soda to come to the QED proof. But this is why the pond decided to forego the rich pleasure of more time spent with Santa and his barking mad little helpers. Richer game was afoot:

Already the pond can feel mutterings of dissent, tremors of fear, hints that life is short and there is much else to do. 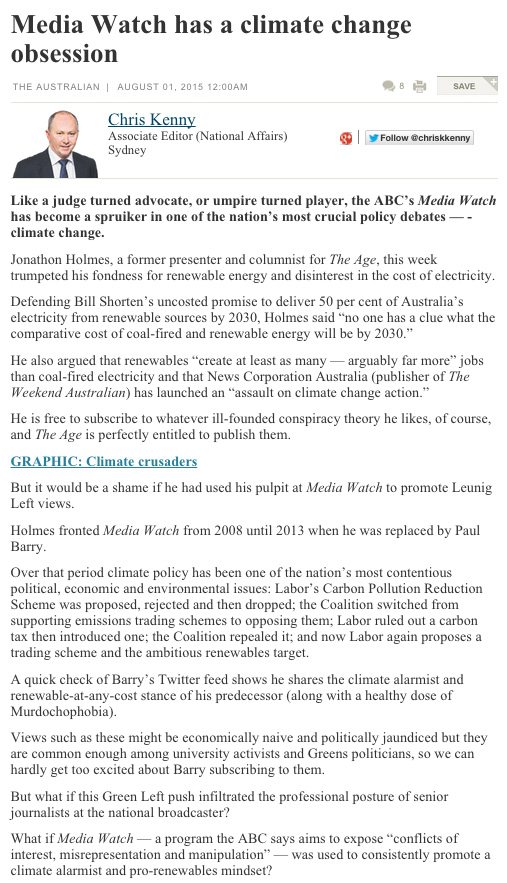 Already the pond can hear pathetic whimpering. Are we there yet, voices moan?

But we've just got into the car, we've barely hit the road. Sure anyone who uses the term "climate alarmist" and considers they deserve anything but a "climate denialist" in return is a pathetic and risible figure, but we didn't promise you anything intelligent or sensible, we promised you madness and obsession, like a Bette Davis movie.

Buckle up, there's another six gobbets to go! 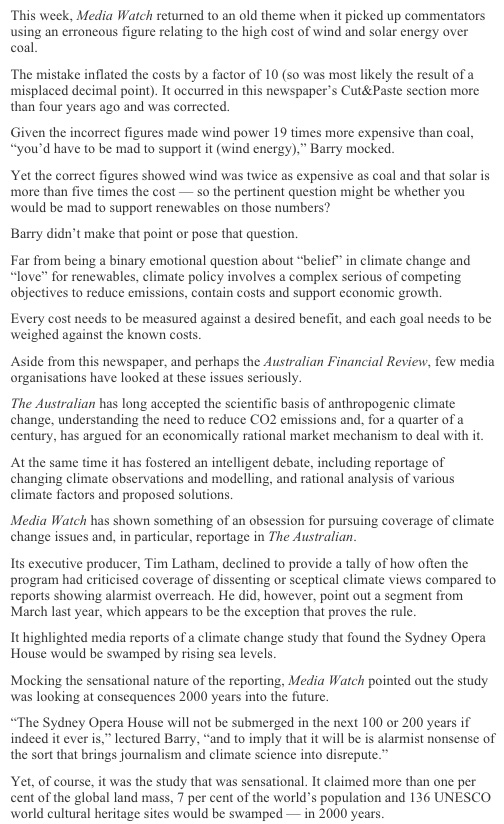 You there, the one foaming at the mouth. Clearly all this talk of obsession has sent you mad. But the pond advised you it would be a tough, long haul. Leave the room immediately or at least wipe the spittle from your mush.

Those that fell over laughing at the line about the reptiles fostering intelligent debate must in any case leave the room immediately. 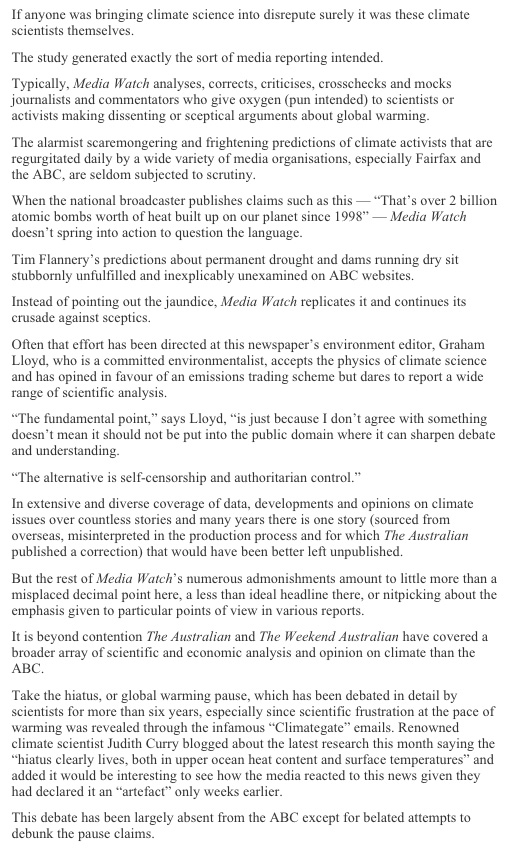 The pond hears some pleading and begging. Yes, he's barking mad, yes, he's clearly obsessed and obsessive, and can we finish with it now, please, oh pretty please, just make it end ...

Hah, fie, weaklings and starvelings, tuck into your popcorn because we've only just begun: 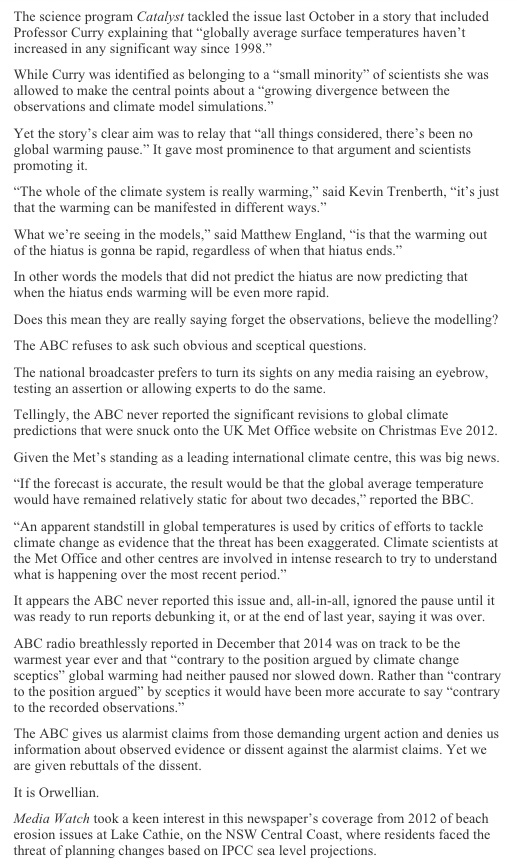 Oh yes, it was the moment you've been waiting for.

At that point the dog botherer disappears up his own Orwellian fundament, with a hefty fine due to an important sub-section of Godwin's Law.

Pre-Mike Godwin and its prevalence on the Internet, the spoken and written word version of this was called reductio ad Hitlerum or argumentum ad Hitlerum, coined by ethical philosopher Leo Strauss in 1953. It means pretty much the same as Godwin's Law: "A view is not refuted by the fact that it happens to have been shared by Hitler."
George Orwell said something similar in his 1946 essay, "Politics and the English Language", where he noted the new definition of fascism had pretty much become "anything you don't agree with". (here)

And throwing Orwellian into the conversation is as silly as ...oh it's been a long haul, we should stop for a meme: 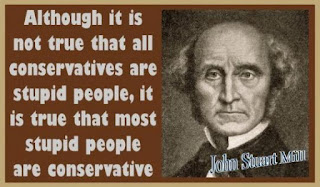 And you don't get much stupider than flinging around "Orwellian" and expecting it to stick as a debating point.

In fact you have to be dog-bothering dumb, but hey ho, on we go: 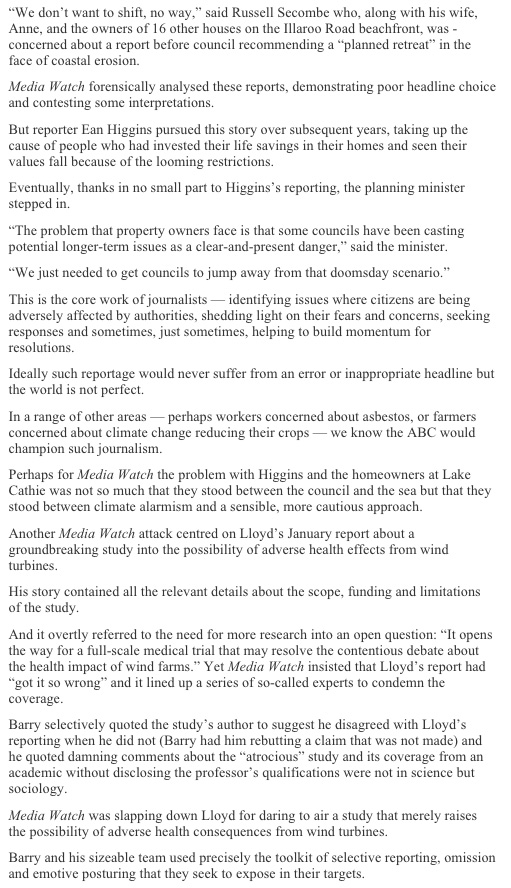 Which is completely unlike the selective reporting, omission and fear mongering and emotive posturing about wind turbines that the reptiles routinely display! 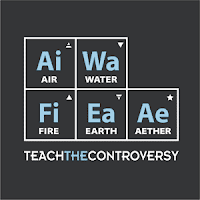 Oh dear, will it never end? 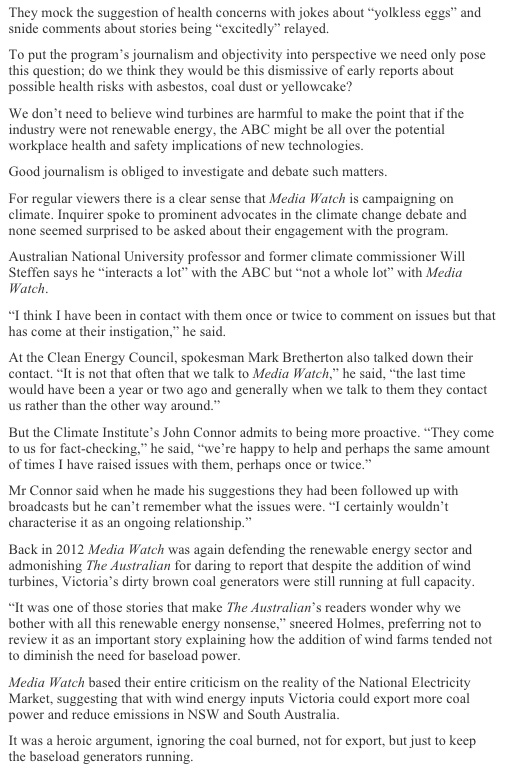 Because burning dirty brown coal is good and right and decent and proper! Just ask the good citizens of Morwell. Let us not hear any dissident talk of alternatives, or even the exploration of same.

Oh dear, the pond has just noticed readers dropping like flies. Only a few remain. Courage plucky lads and lasses, remember this is up there with St Crispin's day and just a few more hard yards will see us reach the peak in triumph: 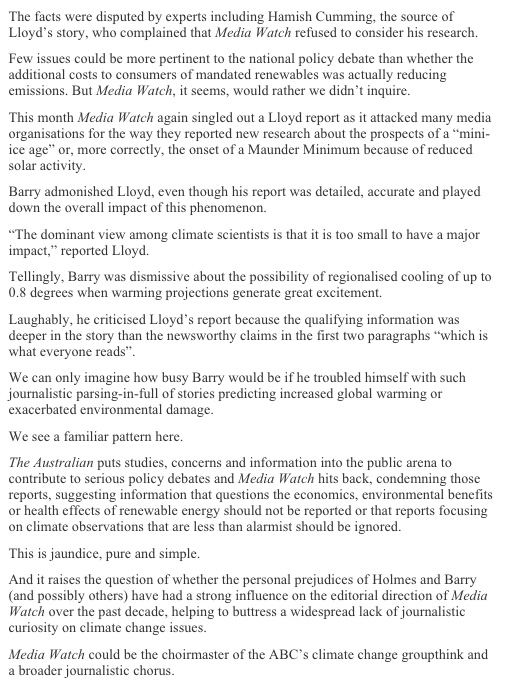 Did you make it? Remember to tip the sherpa in good western colonialist style, and well done, well done, those who managed it.

And that capper "climate change groupthink" was a very nice touch and a reward for all those who wanted a tidy rounding off of the argument in the style you'd expect of a dog botherer addicted to climate change denialist groupthink.

Hey, the pond can be as scientific as Kenny in its use of language.

Now some will wonder why the pond didn't bother actually considering Kenny's very serious and solemn arguments. But that's what scientists are for.

If you read Kenny for the science, no doubt you read The Onion for its serious news reporting.

Sadly, on the evidence, Kenny's no scientist, more a defensive, posturing, obsessive and obsessed ratbag reptile.

And anyway, all the pond wanted to prove was its simple thesis that the dog botherer has an unhealthy obsession with climate denialism, the ABC and Media Watch in particular, and that his defence of the ways of the reptiles in relation to climate science displays an alarming sensitivity bordering on hysteria ...

The pond thinks it's done a QED in a way that leaves not a shadow of a doubt ... or at least around that famous 97% level ... and that's close enough for the pond.

And with job done, for those brave - nay heroic - souls who made it this far, here's an old pond favourite: