The pond hies itself off to a nunnery in Melbourne ... 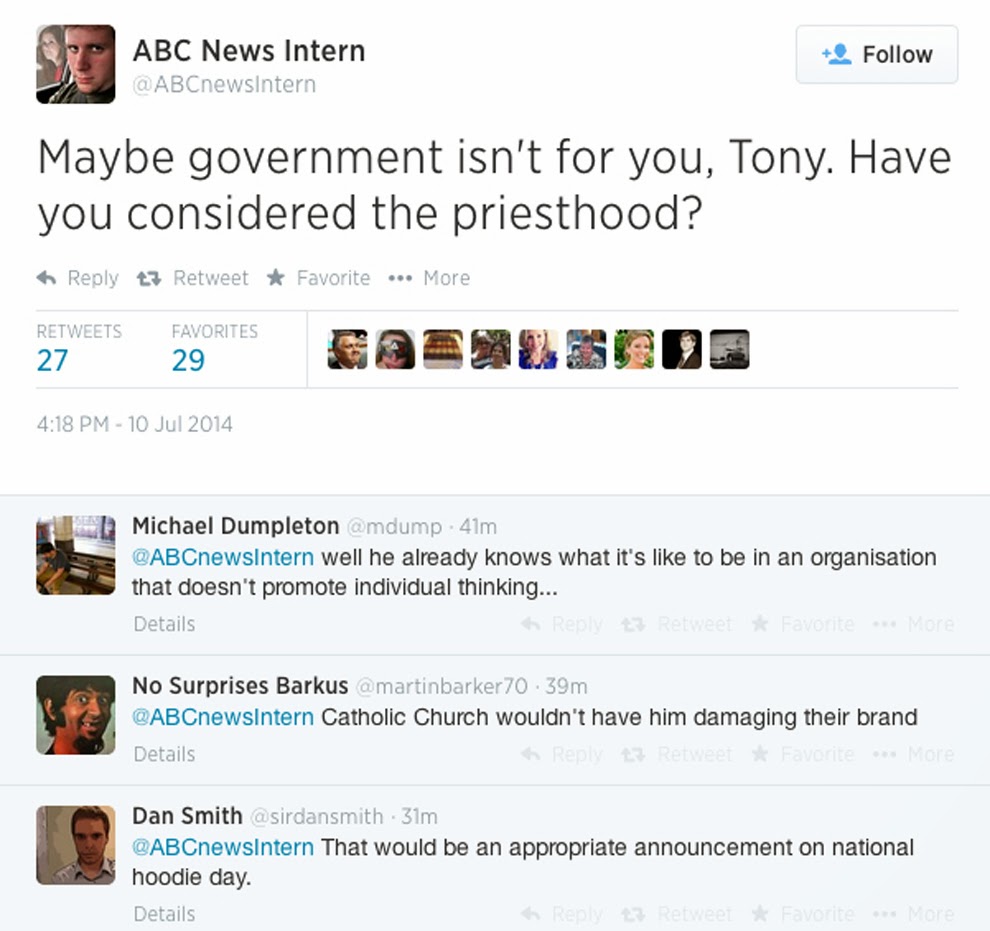 Okay, that's guaranteed to send the commentariat into a frenzy, and there's more twittering from ABC News Intern here.

The pond is off to Melbourne and couldn't think of a better place holder.

Oh wait, there is one other item worthy of attention, and that's the pond's discovery of Turnbullistan.

The pond found out about it when reading Slow progress in Turnbullistan, which had this handy accompanying note and graph:

In November 2013, Minister Turnbull visited Blacktown with NBN Co’s executive chairman and said the company would double the premises passed by fibre by June 2014. That number was confirmed by his office as 450,000.
By the time the strategic review was released, that expectation had been revised down to 357,000. The actual outcome of 381,146 is closer to the review number. On a national basis, we now know the number of additional premises passed per quarter has slowed, as the table below shows: 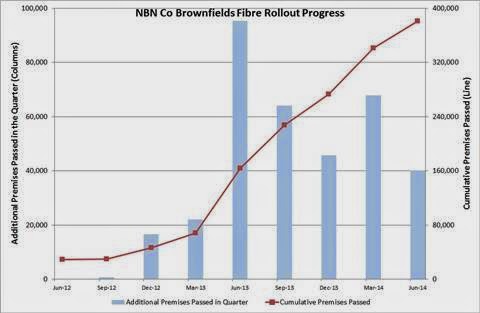 There have also been delays in securing access to copper for FTTN trials, and last week NBN Co revealed delays in the commercial launch of FTTB.
This is an incredibly complex project, made even more complex by the decision to replace one technology (FTTP) with four (FTTP, FTTN, FTTB and HFC).
The current Government accepts that fibre-to-the-premises is the end game, but contends that it is more cost effective to do so in several stages rather than one.
It has pre-empted the conclusions of the cost-benefit analysis and jumped straight to implementation. But the numbers show that the implementation has not managed to pick up any speed.
Turnbullistan is quickly discovering it has more in common with Conrovia than Malcolm would like to admit.

Ah yes, all those good old jokes about Conrovia, aided and abetted by Quigleyfolly (well they weren't actual jokes, they were realities in the field).

And now we live in Turnbullistan...

What else to do but fly to Melbourne and have a lane-way breakfast in the howling gale and the freezing winds to remind the pond that there is such a thing as winter, and it's a good time to be alive ... oh, it's alive, alive, I tells ya ...

Sure, in the meantime, the world will keep falling apart. There's a crisis in federal politics, a complete catastrophe, confusion and chaos, the centre will not hold, mere PUP anarchy is loosed upon the world, the sky is falling in, Chicken Little days are here again, run in circles holding your breath and maybe the panic will go away, the budget emergency is now an existential crisis, has anyone seen Sartre lately ...

What's that you say? 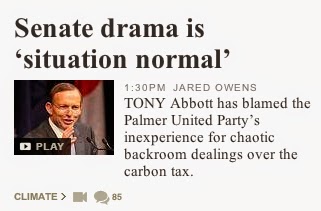 How soon before the "kill the warlock", "ditch the prick", and "Clive Palmer's bitch" signs hit the parks and streets of Canberra?

What do you know? It's a meme already: 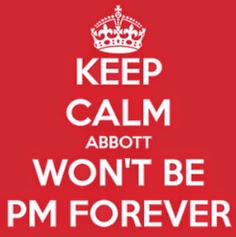 And there's even merchandise doing the rounds: 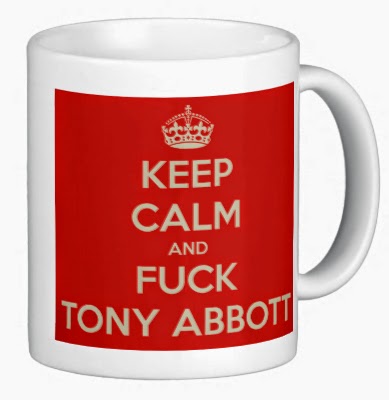 Normal business will resume in a few days.

Enjoy the weekend, and remember, if the situation gets dire, and you mistakenly read a Murdoch paper for free at the airport - where they give them away like free froyo samples - there's always the priesthood or a nunnery, or perhaps a collective of atheistic libertarian godforsaken collectivist anarchists waiting for you in Smith street ...

Yes an election's just around the corner so let's all stay calm.

Who'd have thunk it. Seeing as how the budget's been such a hit, and Eric Abetz and the poodle Pyne and Bronnie and  jolly Joe and big Mal's Turnbullistan and George Brandis are so loved by the people ...
And please, remember to catch up with First Dog's Senate shenanigans, here. Read it, pore over the runes, decipher the tea leaves, read the palm, consult the stars, and enjoy Hosea 8:7 on Sunday (funnier than a Sydney Anglican in complementarian mode):

For they have sown the wind, and they shall reap the whirlwind: it hath no stalk: the bud shall yield no meal: if so be it yield, the strangers shall swallow it up.

Actually Ride in the Whirlwind's not a half bad movie by Monte Hellman featuring mob vigilante justice. But that's another story ...
Posted by dorothy parker at 7/11/2014 02:15:00 PM