Thank the absent lord it's Friday, as the media behaves like a rabble and we all slouch towards Bethlehem or hell ... 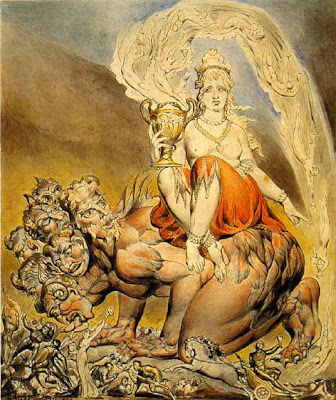 "Stephen Conroy... has announced some changes to the filter - he's talking to industry about those now," he said.

"We have responded to the legitimate concerns of many of your listeners in this area and Stephen Conroy is going through that process now.

"It's possible that we could move in slightly different directions."
Slightly different? Not good enough Swannie.
Yep, with all the media behaving badly, and the politicians behaving like politicians, I'm suddenly tormented by all these grains of sand swirling in my mind, for what feels like eternity. With a bit of luck it'll only be three more weeks ...
And now since I've referenced it often enough and it's been awhile since I ran it, and since I'm no more shameless than Joan Didion, who borrowed a phrase for one of her titles, here's W. B. Yeats with one of my favourite apocalyptic poems:
Turning and turning in the widening gyre
The falcon cannot hear the falconer;
Things fall apart; the centre cannot hold;
Mere anarchy is loosed upon the world,
The blood-dimmed tide is loosed, and everywhere
The ceremony of innocence is drowned;
The best lack all conviction, while the worst
Are full of passionate intensity.
Surely some revelation is at hand;
Surely the Second Coming is at hand.
The Second Coming! Hardly are those words out
When a vast image out of Spritus Mundi
Troubles my sight: somewhere in the sands of the desert.

A shape with lion body and the head of a man,
A gaze blank and pitiless as the sun,
Is moving its slow thighs, while all about it
Reel shadows of the indignant desert birds.
The darkness drops again; but now I know
That twenty centuries of stony sleep
were vexed to nightmare by a rocking cradle,
And what rough beast, its hour come round at last,
Slouches towards Bethlehem to be born?
I still shiver a little each time I read it. So here's to Yeats and the republic of Ireland and bring me a nice Coonawarra red Ms Claus, and let's get down and party ...
(Below: click to enlarge). 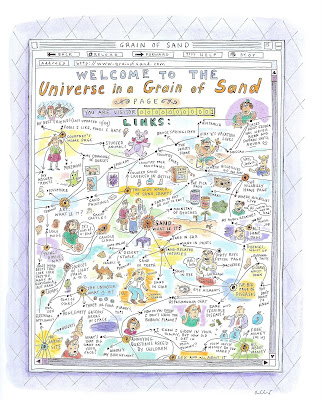