James Norman, and calling every luddite, calling them by name ... 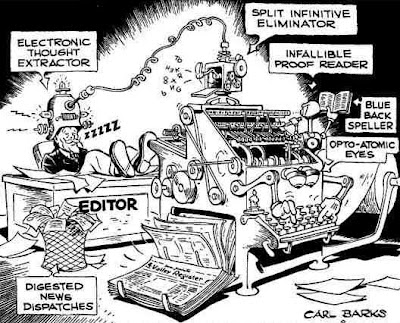 Here at the pond we will do our best to ignore the federal election.
This will take some doing as the commentariat columnists will be out promenading and squawking in all their feathered finery, and whipping up a fine old lather, while our campaign for the Happy Birthday Party is likely to fall on barren soil. A lack of candidates and an actual party for starters ...
If you live in a safe seat, there's not much point to the actual vote, with the Senate the only place where your vote might create a little mischief. Even so, it isn't an arduous process, to toddle off and drop a couple of bits of paper in a ballot box, and never mind the compulsion. There's always the lamingtons being flogged by canny parents at the school we go to, ready to be scoffed as the latte is sipped.
The idea that people shouldn't actually be compelled to vote, to turn up every three years or so as the one minimal gesture of engagement and actual duties of citizenship, apart from staying on the left side of the road and escalators and such like, is of course one of the quainter notions of freedom peddled by right wingers like Nick Minchin, a noxious weed from South Australia, who dresses up his libertarian nonsense in noble phrases because he can see votes in it for the Liberal party.
Well if that's your inclination, why not bugger off to North Korea, to assess the value of a vote, or perhaps witness up close the forlorn, incompetent, rigged and painfully corrupt allegedly democratic processes at work in that bastion of democracy, the United States. There the refusal to vote marches in tandem with the outbreak of obesity, and both are indicative of the country's abdication of any personal responsibility ...
In the old days, voting day was full of importance, because my father, a junior public servant for much of his life, earned a little pocket money as a returning officer. Turning up was a bit like cracker night, though without the implications of Guy Fawkes' ideas for regime change.
So gird your loins, get out the loose change for P & C cake, and ready the latte for sipping. Meanwhile, in the spirit of starting off the weekend by avoiding election chatter, we were pleased last night to receive this most curious and alarming missive, apparently written some time ago:
Technology has the spooky capacity to strip away our humanity.
So, we have finally reached the technologically liberated age that had been dangled before our consumer gaze in tantalising titbits for the past few centuries - the promise of fast, powerful, hand-held books that we can take with us anywhere we wish to go, 24/7.
The recent invention of the Gutenberg press and the imminent release of the Bible, with its sordid stories of cannibalism, incest, holocausts and crucifixions (sounds like a horror movie sequel) heralds a generational change that has been in train since vellum and papyrus became standard items in our monasteries these past few hundred years. The changes have been far-reaching - but some of the liberating promises of this new technology are proving harder to appreciate.

Have you noticed how it is becoming increasingly common to see people in very social public places - in drinking dens, carriageways, coffee houses, or even at your dinner table at home - incessantly beavering away at their hand-held books like single-minded zombies?

But what are they actually doing there in the palm of their hands? More than just reading the bible, that's for sure.
I've had friends at court recently showing me their newly installed ''social networking'' books on slick new bright shiny paper - starry-eyed like children on Christmas day unwrapping new presents. A new form of writing called poetry and novels allows people to seduce strangers in any social setting, sometimes within a few metres of the king, as they loiter looking for a ''hook-up''. That means that no matter where you are in the royal castle - there is probably someone in the same royal castle as you (or even in the same cellar) who is clutching the book of Roland as a way of signaling that his intentions are honourable. But as we all know readers of poetry are invariably cads and cadesses.
The illustrations in my friend's book of bestiaries and witches showed startling thumbnail images of about twenty men and women, many semi-naked, with a short line of introduction such as ''hot witch fresh from work out with Macbeth looking for fun and hook-ups right here and now!''
Are these people for real? They seem like some pixelated creation of a porn company or a dystopian vision of the future - but they are very real, and sometimes they are sitting just at the other side of the table.
Is it just me, or is this social networking aspect of new Gutenberg technology all getting a bit creepy? I foresee a day when there will be such things as newspapers and personal advertisements for poncey intellectuals at the back of a magazine dedicated to the review of books. Surely this will be hell on earth. As we embrace clever new technologies, what are we losing in the bargain?
Like endless readers of Chaucer and Boccaccio, and perhaps even Seutonius, these histories and newly invented, hopelessly decadent and corrupting, novels, and posie-clutching perverted poems, seem on the surface to be using technology in potentially liberating ways to remove layers of social disconnection between people.
Now call me a romantic or a wowser if you will, but I think that there are pretty sound reasons why people meet ''naturally'' in conducive social environments and without the assistance of novels or poetry, and especially the bible.
Remove that spontaneous layer of human social instinct and organic connectedness - and what we are left with is a pretty volatile and loveless social playing field governed by the petty rules of Christianity.
I am not ready to accept that a person's inscription on the frontispiece or title page - be it in a depraved book like the many thankfully placed by the Pope on the Index Librorum Prohibitorum, or even the bible or some other manufactured and commercially constructed book pretending to do good, but generated by machine like the mass of corrupting books pressing down on us - can ever be a substitute for a way a human presents themselves in person.
What is diminished, when we filter our personalities through the written, cold typed, lead pounded page and the dark blackness of printer's ink and forlorn deceptive fonts, is the essential stuff of humanness - a person's capacity for empathy, their uniqueness and idiosyncrasies, the quirky way they respond to a social environment.
In my mind, these are the very details that made us human, but this wretched Gutenberg technology has the spooky capacity to strip these things away.
I fear that unchecked immersion in such technology carries with it the serious danger of producing a generation of hard-wired, oversexed, anaesthetised emotional cripples.
And lo, shortly after this was written, there came the age of the Elizabethans and the colonial depraved Spanish and the perfidious French, all because of a bloody jumped up printing machine, and so the writer of this missive entered the house of the lord justified.

But it's not too late to save the world from this pernicious technology. Hop on the intertubes, get a computer. Abuse a writer today, and then proceed to buy an iPad, thus saving the world from books and writers. Melbourne writers in particular.
Did we mention that the original writer of this piece is one James Norman, a Melbourne writer, and you can find the original version here? Under the header Call me a wowser, but this technology is oh-so creepy.
Scrambled of course in the transcription to this site by the ill-bred monkeys we use here for our typesetting, but damn it, even with the fate of the future handing in the balance, we refuse to pay them more than peanuts. We have The Punch, Chairman Rupert's cheap skate conversaton as our role model ...
Now send down another bowl Sir Francis while I toke awhile on my pipe and dream of a world free of technology ... and books, the most perfidious technology of all ... and yes, the writers that write them when we managed so well with our thumbnail dipped in tar ...
I keed, I keed, we love writers here at the pond.
All the same, call me a wowser if you like, but writers who dress as luddites are oh-so creepy.
Still, if nothing else, Mr. Norman took our mind off the impending election. And that has to be worth something ... 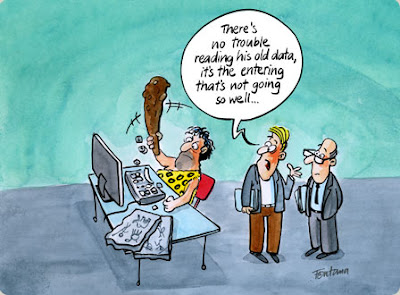