Coolooloo, and a host of loons as we thank the absent lord that it's Friday ... 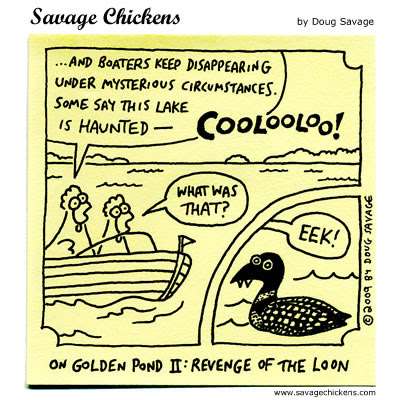 Without giving away too much of the plot, it does hang on a woman’s natural concern for her new perm.
Yes, it's true, and what an astonishing revelation it is. Akker Dakker, that fatuous fat owl, claims to have women friends! But as for his claim to have seen the movie, given his attempt at a plot summary? Sorry, it sounds like another fat owl porkie. If he keeps this up, his Pinocchio nose will be able to measure the distance between the earth and the moon.
The rest of Akker Dakker's piece is a standard trawl through what's wrong with Australia - the man's a fiendish scribbling machine - but the poor possum at least realised that the fix was in, in relation to the mining tax, and so had to dig deep for compelling issues:
... Gillard is still playing the media and keeping the attention on her living arrangements in Altona, where her security detail appears to be monitoring security matters from a rundown caravan parked on a neighbouring block while both the Lodge and Kirribilli House stand fully equipped and staffed at taxpayers’ expense awaiting her presence.
Why it seems she's even gulled good old Akker Dakker on the matter.
The gesture of placing Humphrey B. Bear in the prime ministerial office is as calculated as it may have been cute, but it doesn’t detract from the notion that Gillard has only managed to make her new digs look like rented space in an airport development.

But soft, while Akker Dakker is always reliably bitter and recalcitrant, suddenly we heard the siren song of Mal Farr over at The Punch, Australia's most punch drunk conversation, explaining The true story of why John Howard is a pie-chucker. Yes, following our piece on Peter Roebuck, big Mal explains why honest John couldn't bowl a decent ball to the troops:
To say he was handed a ball would be to use a broad and generous definition of ``spherical’‘. It was a home-made mix of tape and irregular stuffing.

It was more like a cloth bag filled with rocks than a Kookaburra six-stitcher. And the pitch looked like it had been prepared for seeding.

Howard’s efforts often failed to reach the other crease and some departed their line at right-angles mid-wicket.

But Shane Warne would have had trouble shattering the stumps of the Lynyrd Skynyrd batsmen with that pill. Any backyard bowler like Howard didn’t have a chance.
So began his reputation as a pie chucker. And with it, the suggestion he bowled his way out of the ICC job.
I immediately consulted my partner on this - he once honestly toiled on a concrete pitch in Z grade - and he pointed out that the status of the pitch had nothing to do with Howard's innate ability to hit his toes with the pill, and his innate inability to perform a proper concrete pitch bowling action.
He could have bowled a full toss. And he could have bowled a full toss with a bag full of rocks, if he'd had the skill. It was a clear case of a backyard bowler who'd lost his arm, which it seems is some kind of technical term, as opposed to actually losing your arm.
His conclusion? Howard is a tosser, and as for his bowling, the excuse offered by big Mal is also a tosser ... They're both bloody pie chuckers. Or cricket tragics. Or simply tragic ...
It's at this point that I realised I'd been in some kind of reverie, a trance of loonacy, but that the vast full to overflowing intertubes never rests, is never silent, and an entire life could be wasted marvelling at the loonacy on offer ... like standing outside the monkey cage at the zoo and observing how cute and human the creatures are ...
Enough already. Enjoy the weekend, and try to make it loon free. Why not have a nice cup of tea, a biscuit and a Bex with a monolith? 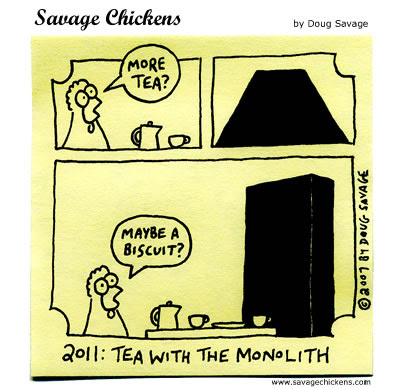