How many rough Brough jokes can a tree take before it falls silently to the forest earth ... 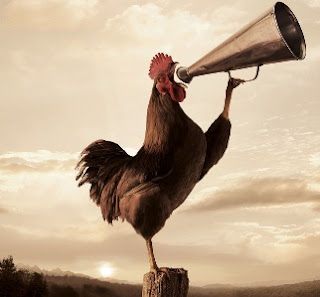 (Above: hold that thought. That cock crowing thrice will come in handy later).

It goes without saying that the United States is deeply disturbed, with a canker at its core:

O Rose that art sick.
The invisible worm
That flies in the night
In the howling storm:

Has found out thy bed
Of crimson joy:
And his dark secret love
Does thy live destroy.

Substitute visible guns, flying in the day, creating a howling storm, with a dark public GOP supported NRA love, and you'd have a poem for modern America ...

So to avoid brooding, what better way to lighten the mood than to contemplate the rough Brough and the reptile reports of the day ... 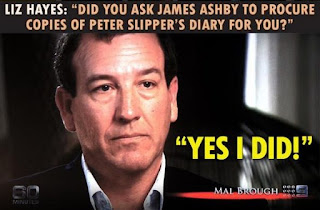 There, done and dusted, and a feather duster in the making.

No wonder the bouffant one was on the case ... 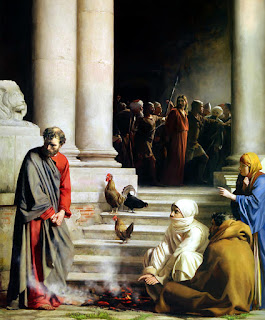 See, that cock crowing did come in handy ... three times now, and more crowing to come ...

Worse, Brough has shown himself to be the sort of devious, scheming, manipulative rogue who, when dumped to the back bench, would show a vengeful frame of mind. Throw in an innate dumbness and that spells trouble.

The eerie Brough presence reached a kind of surreal peak with this Daily Terror image: 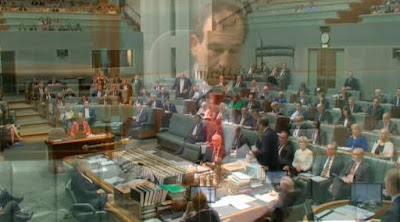 No wonder the Oz editorialist was also on the prowl this morning and wringing hands. And you know it's reached the high point when the reptiles feel inclined to indulge in their own comedy stylings about the rough Brough:

Actually the political problem is that the rough Brough was one of the plotters that brought Malware to power, and if his reward is to be asked to step aside, who knows what scheming and plotting the humiliated Brough might begin ...

And so the pond is already storing up treasures so that the new year might begin with further pleasures ... because the fuzz, having now stepped into the water, must trudge to a wearying conclusion ... and if they can't work out that a public confession of guilt on television must carry a little weight, they'll be even more open to mockery that Malware and the rough Brough ...

Naturally the cartoonists were having a field day, with David Rowe taking the reptile punning to a peak gruff rough Mal bruff country ... and aren't those black field crows in the distance a delightful presence? (Always with the detail, and as always properly formatted Rowe can be tweeted here). 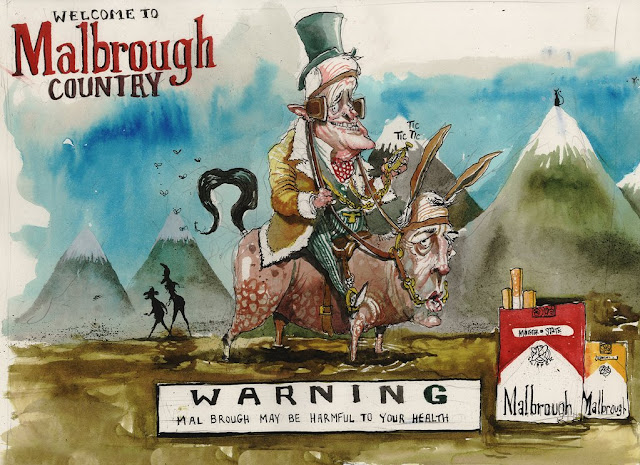