Forget the climate of inanity ... it's not that hard, and it requires not the slightest hint of innovation ... 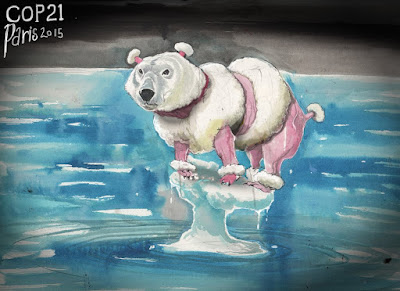 Whenever the pond bursts into song - about as rare the Queen of the Andes flowering (yes there's a listicle here) - one favourite line surges with "I want it all ..."

After all, when confronted by this choice ... 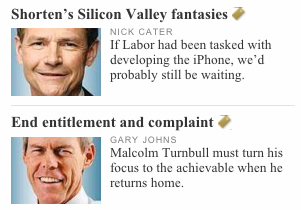 ... it's a bit like being asked to go with only genuine vanilla pod icecream or raspberry sorbet ...

Why can't the pond have two genuine loons in the one day? Is it being too greedy, too unhealthy, too consumerist?

Naturally being a blithering dolter in the Bolter school of climate science, Johns was off to a flying start: 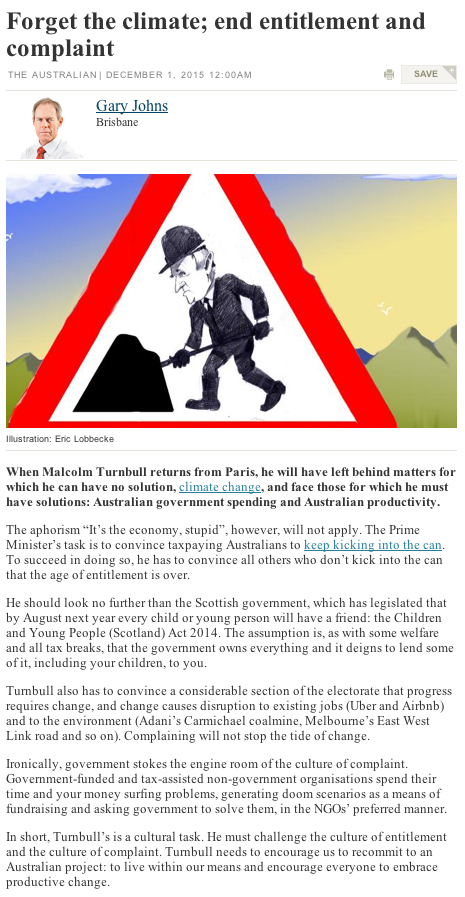 Actually, well off former politicians handsomely rewarded by a pension for life from a grateful public stokes the engine room of Murdochian fuelled whining, moaning and complaining, as they ride rough shod over anyone or everyone who might want to disagree with them.

Sorting this out is a cultural task, and a good start is simply not to contribute a penny to the coffers of the chairman. These pennies mount up, and soon spendthrifts might find themselves living within their means, and encouraging others to make a productive change ...

Yes, anyone can blather like a Johns. Why the sign behind the pond's desk reads: "It's the stupid Johns in the stupid reptile boiler room, stupid." 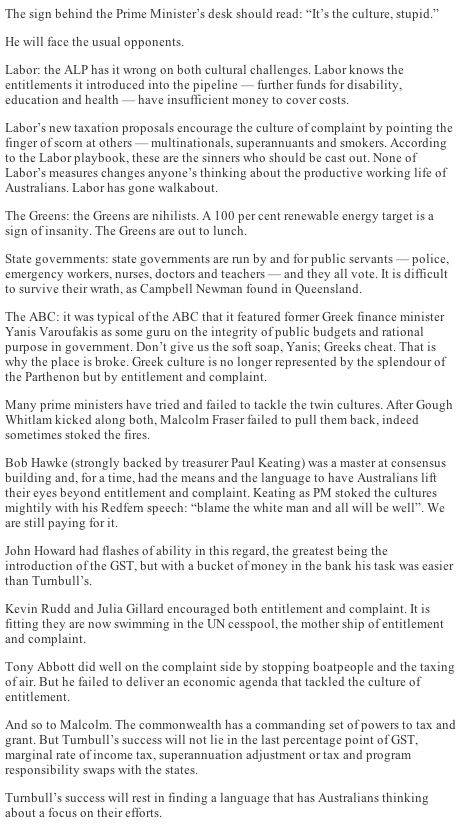 Jesus wept. As if football and cricket teams around the country don't have enough of this chins to the bootstraps kind of crap doing the rounds each weekend ...

Is there a special award available for the commentariat moaning and whining and complaining about a culture of complaint?

But it set the pond to thinking how more-ish it was feeling, and what better way to top up than with a Caterist?

Sure enough the Caterist was in top-notch form: 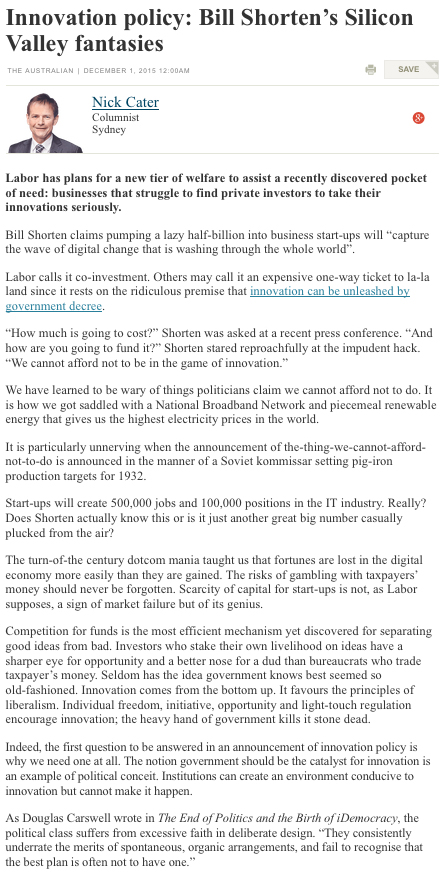 Now at this point somebody who takes the job of arguing with loons seriously might begin to try to refute the Caterist.

They might point to the many things that have emerged from government funding, not least the internet which carries the immense stupidity of the Caterists around the globe for anyone with a connection and an ability to evade the paywall to see ... the industrial military complex might have committed many crimes, but the pond still has a soft spot for the Department of Defence, the NSF and others who bankrolled the activities recorded in the history of the internet.

But responding to the Caterists is to imply that they should be taken seriously, when in reality all the dullard demonstrates is that very thick axes find it difficult to understand the need for thinly split hairs ...

This is not to defend the indefensible Bill Shorten, but it is to marvel at the way that the Caterists manage to sound as much like a dunderhead as Bill ...

It's safe to say, reading this bit of blather, that the Caterists always fancy themselves good at history, but are usually a wide comb short of a good shear.

Please allow the pond to pre-empt the next bit of stupidity by the Caterists, which just so happens to make a mention of Tamworth worthwhile.

The interaction between assorted governments and the wool industry was long and fruitful. How else could it be, given the way cheap convict labour was on tap in the early days to get things going?

Now, suitably primed, read on ... because in the Caterist world, it seems the government had nothing to do with it (yes, indeed, in much the same way that William Farrer didn't join the NSW Department of Agriculture). 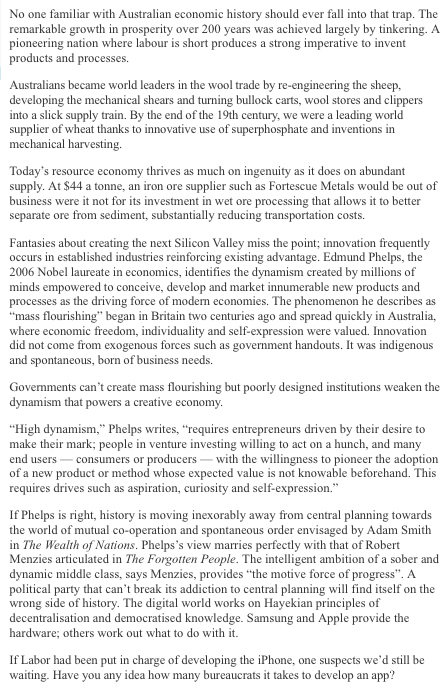 Oh dear, Robert Menzies - well that pays off the taxpayer funded Menzies Research Centre for the week, and mention Adam Smith, and Hayekian principles and the monkey has served his time at the keyboard ...

It's a measure of the genuine stupidity of the Caterists that "Have you any idea how many bureaucrats it takes to develop an app" is supposed to pass as a witticism in Caterist land ...

But it does explain why the bureaucrats handed out funding to the Menzies Research Time ... have you any idea how many Caterists it takes to scribble inanity on a weekly basis for the reptiles of Oz? 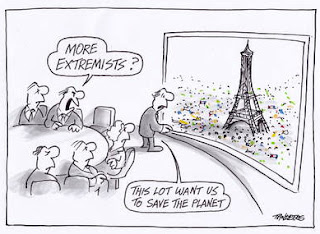