In which the pond goes searching for a companion turtle and ends up with big Mal's Norwegian Blue ... 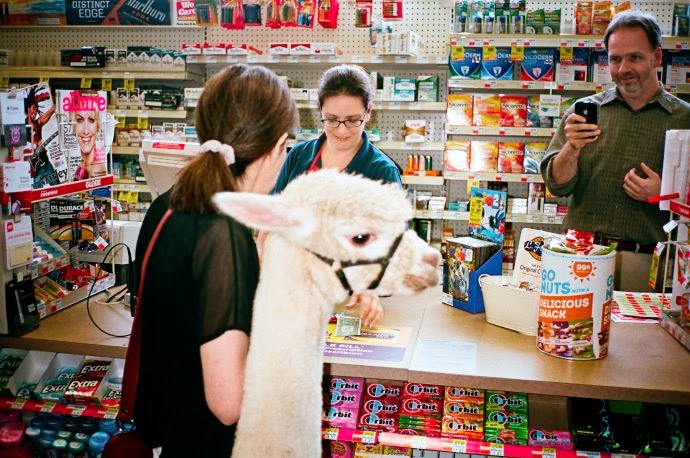 (Above: now there's an image to conjure with. See link below)


The pond was moved to tears by this letter.

To Whom It May Concern:
RE: Patricia Marx
Ms. Marx has been evaluated for and diagnosed with a mental health disorder as defined in the DSM-5. Her psychological condition affects daily life activities, ability to cope, and maintenance of psychological stability. It also can influence her physical status.
Ms. Marx has a turtle that provides significant emotional support, and ameliorates the severity of symptoms that affect her daily ability to fulfill her responsibilities and goals. Without the companionship, support, and care-taking activities of her turtle, her mental health and daily living activities are compromised. In my opinion, it is a necessary component of treatment to foster improved psychological adjustment, support functional living activities, her well being, productivity in work and home responsibilities, and amelioration of the severity of psychological issues she experiences in some specific situations to have an Emotional Support Animal (ESA).
She has registered her pet with the Emotional Support Animal Registration of America. This letter further supports her pet as an ESA, which entitles her to the rights and benefits legitimized by the Fair Housing Act and the Rehabilitation Act of 1973. It allows exceptions to housing, and transportation services that otherwise would limit her from being able to be accompanied by her emotional support animal.

But to work out why the pond was in tears of laughter, you'll have read Pets Allowed, by Patricia Marx, currently outside The New Yorker paywall.

Suffice to say that the pond likes the dialectical Marxian style of this Marx ...

Besides, it's Saturday and a diet consisting strictly of ratbags is unhealthy to mind and body, to the point where the pond might need a companion turtle.

You know how sick and silly it is when the Oz gets so desperate it calls on Brendan O'Neill to provide a character reference: 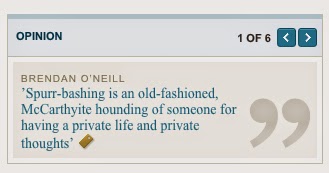 Meanwhile, over at McCarthyist central - what with New Matilda being armed with the full force and powers of the federal government-backed Senate Committee on Government, and its handy Senate Permanent Subcommittee on Investigations - the McCarthyists were boasting of a Walkley nomination for a cartoonist, here: 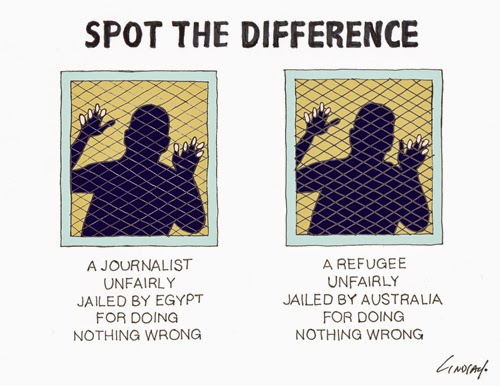 Shocking. Now there's someone that's definitely not Australian, is quite possibly un-Australian, and perhaps shouldn't earn a place in Team Australia in its next fixture with Team Tasmania.

Meanwhile, thanks to Fairfax's loss and the Graudian's gain, you can always read Richard Ackland's Barry Spurr v New Matilda: the facts, the law and the porridge.

Honi understands that academics at the University are aware of the fact that ICT policy permits third parties, such as university administrators, to access emails sent from their university accounts. The policy also requires that users “not write anything in an email that they would not sign off in a memorandum”.

Did anyone as dumb as Spurr and as dumb as defenders like O'Neill and the reptiles of the lizard Oz front McCarthy? Possibly, but it'd be a close run thing ...

Meanwhile, the pond must credit Peter Hartcher for lightening the pond's weekend load, in a way Ms Marx herself would envy.

It was classic click-bait trolling of the old school, in two space-devouring guises. Got to keep that digital front page looking busy:

The trouble of course was, if - like the exceptionally dumb pond - you bothered to reward the click baiting troller by clicking on Could Turnbull be next Treasurer? while avoiding the attached forced video.

It turns out it was the sort of question all women dread, as dire and as useful as "did you come darling"?

"It'd be a game changer," one minister summarised. No one disagreed with the soundness of the idea. None of the ministers, incidentally, could be described as being members of the Turnbull fan club.
On the minus? The ministers acknowledged that it will not happen.

It will not happen!

In the old days, this used to be known as straw man twaddle. Let the hare run loose, give it a sound beating, and then serve up a lavish dose of hare pie ...

So where does Hartcher end up with his twaddle?

Why it seems everything that's going on is a master plan orchestrated by a master politician:

Abbott doesn't mind the jockeying of his ministers.
"He loves it," said a cabinet minister, "it helps keep everyone in line.
"Do you think John Howard lost any sleep over the tensions between Peter Costello and Peter Reith? If there weren't any, Howard would create some. If they're squabbling over each other's jobs, they're not squabbling over the leader's job."
Rapprochement on one hand and creative tension on the other, all part of the delicate business of a prime minister who intends remaining prime minister.

So in Hartcher's world, Tony Abbott is already up there with John Howard, a master schemer, an adept politician, manipulating his friends and his enemies, and possibly the entire world, bending and warping it and them to his overpowering intellect and masterful will ...

And this is the sort of tosh the Fairfaxians are supposed to pay to read with their Saturday breakfast?

Is it any wonder that the pond retreats to Fairfax cartoonists for genuine political insight and commentary? 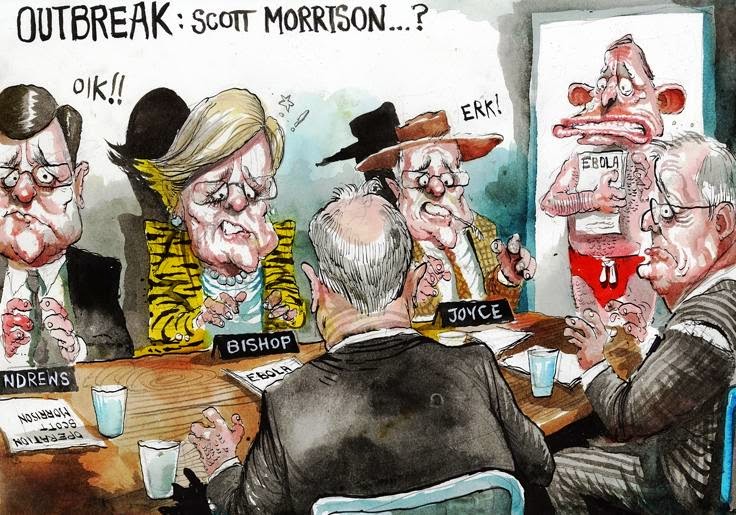 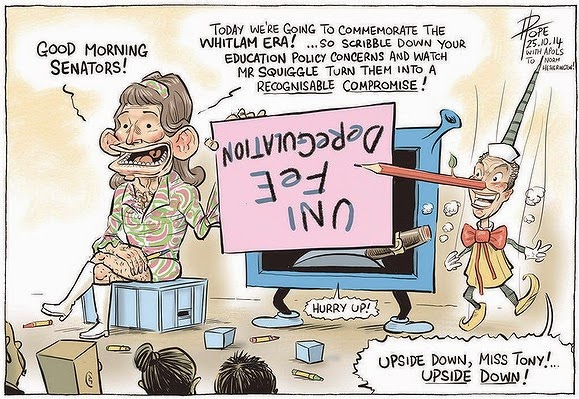 But back to Hartcher and Turnbull.

What's remarkable about that delusional Hartcher story is that somehow it presumes Turnbull is considered a success, presumably on the basis that polling shows he's less loathed than Tony Abbott, which is a bit like referencing a poll showing Abbott is preferred by punters to Hitler (sorry Brendan, that just slipped out, can't work out why, perhaps a phantom Joe McCarthy was sitting on the pond's shoulder).

But this is the man right here, right now, in the business of destroying community television; and the man busy maiming and scarring and reducing the ABC to the runt of the litter and so realising the fondest dreams of all the ratbag rightwing loons, from Crikey through the IPA to Sharri Markson and the reptiles at the lizard Oz; and this is the man busy reducing the NBN to a copper fiasco ...

And yet somehow the pond was expected to swallow the story that this is right man to replace jolly Joe Hockey as the national Treasurer?

Presumably on the basis that having fucked community television, the ABC and the NBN, he was now qualified to fuck the nation.

Well the pond has got a great routine for that one: 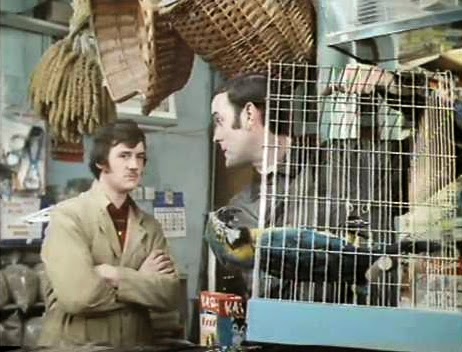 The fatuous eastern suburbs fop is now a routine jibe around the pond household.

Yesterday when Optus managed to reduce broadband speeds to a crawl - both download and upload - the pond does a fair amount of uploading of data on certain days - there were raised eyebrows, and many a smirk and a sigh.

You simply had to mention the name "Malcolm's Norwegian Blue" to get a hearty, cynical horse laugh.

The self-regarding fop, who has an ego to match the levels of delusion around him, is a constant wonder.

Take this little outburst a few weeks ago when the AFR made the obvious point that consumers want a faster internet.

If you've ever sat grimacing at the computer as data uploads to the cloud at a crawl (yes Virginia there's more to life than watching the whirling wheel of doom on a streaming application), you'll treasure this sort of guff:

The Financial Review got three things wrong:
Firstly, this was not a ‘Government report’, it was a report written for the government not by the government – the study the paper is referring to was conducted by an independent expert panel, who themselves commissioned three supplementary studies as part of their work.
Secondly, the report did not state that “Australians don’t need more than 15mbps". In fact, the study made a distinction between a bottom-up use case for bandwidth demand (as outlined in this study) and a market view of what speeds Australians will be willing to pay for. So it’s not contradictory for there to be a difference between what people will actually pay for and what speeds will be of utility to them in the sense of being necessary for them to be able to use the applications they need and value.

Now there's a man spinning with self-regard on a hamster wheel.

Quintessential gobbledegook, and gratuitously silly to boot. What on earth does that last sentence say and mean?

Thirdly, as pointed out in numerous places (including on my blog), the report didn’t say that 15mbps will be enough to satisfy the use case of all Australians. It stated that 15mbps was the line speed required by the median user for the purpose of the applications and services they required. And so clearly many users will clearly want and be prepared to pay for higher speeds and the ABS figures themselves show that the median user is accessing 8mbps-24mbps speeds (one of the curious findings in the data is that there was a slight decline in the number of premises accessing speeds of 24mbps – no doubt a statistical glitch which goes against the long-term trend). And as the study itself notes (on p.6), you would not configure your network to suit the needs of the median user:
“Note that in offering figures for median demand, we are not suggesting that access network capacity should be based on this metric – by definition, such a network would (to some extent) disappoint 50% of households. Rather, access capacity should be driven by higher end users. Whether this means the top 1% or the top 5% (or some other figure) is a matter of judgement.” (here)

Turnbull is busy supervising the roll out of a system which will be expensive to upgrade, and which, where copper is deployed, or where HFC is relied upon, is already wildly out of date.

This is known, and yet in that blather, at no point does Turnbull bother to explain how the horse's arse he's building will service future demands and needs.

Which is why the pond now deeply regrets rewarding Hartcher with a click.

Turnbull for Treasurer? Oh why not, let's fuck the nation even more ...

But hey, at least it allows the pond to drag a few useful memes out of the bottom drawer: 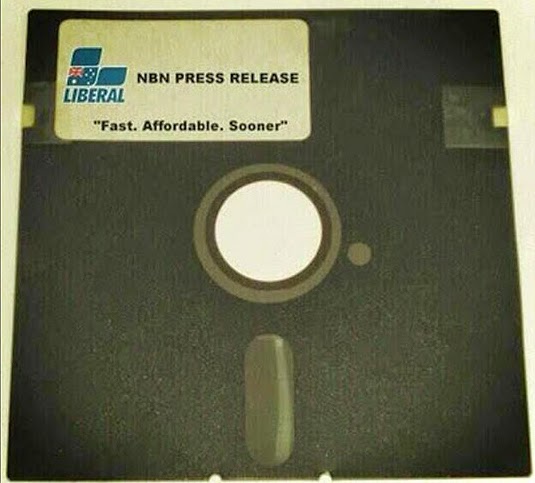 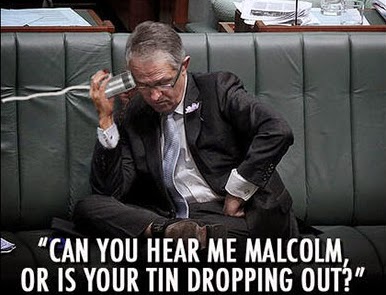 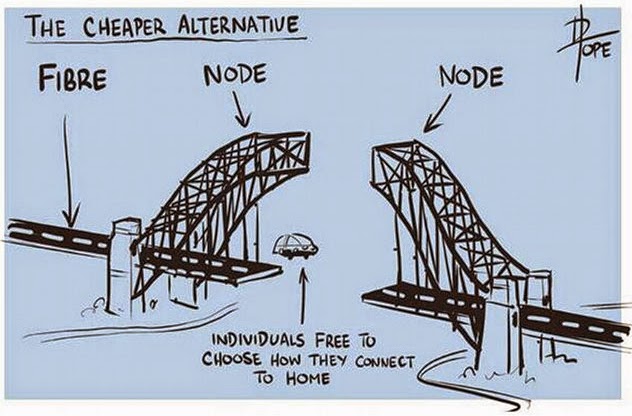