(Above: the pond learns it didn't make the cut, thanks to Alan Moir, and more Moir here. Now there's a relief. Any team that would have the pond in it is a team the pond wouldn't want to be in).


Yes, yes, of course it's a completely absurd headline.

The pond is never EXCLUSIVE nor is the pond directly a victim of censorship (though indirectly, covertly, and as the direct act of a bully bullying others might be another story)

But every so often, the pond experiences a deepy. heady, giddy desire to behave like a reptile working at the lizard Oz, and in this case, why not draw attention to the hypocrisy embedded in this Crikey story?

Of course anyone with half a brain or an interest would have already downloaded all the documents that Crikey briefly hosted, not that it matters, because the damage to Murdoch la la land has been compounded in one fell swoop.

All that blather about freedom of the press, and the public (or perhaps more to the point investor) right to know?

Just hot air of the hypocritical, righteous kind.  And yet even with the lawyers, and the tub thumping and the paranoia and the hysteria, there's still fun to be had at Crikey, especially the answer to that headline to Paddy Mannings' piece Now we know News' losses - how do they compare with Fairfax's? (paywall affected).

In terms of percentage growth and/or declines, from year to year, the comparison shows Fairfax outperforming the News Corp papers on most measures, counting both revenues and earnings.

What a cruel blow. What an odious upsetting comparison.

Manning provides lots of detail, but when the pond's in Murdoch la la land mode, there's no room for subtlety or nuance. Just sink the steel-capped slipper and sink it deep and hard ...

Meanwhile, there were some laughs to be had:

Media academic Associate Professor David McKnight, who has authored a book about Mr Murdoch, says News Corp is being "extraordinarily hypocritical".
"Coming from a media company that frequently publishes leaks, you really only have to imagine what News Corp would do if they had their hands on an equivalent document on Fairfax's internal operations, it would have been spread all over the front page with half a dozen gloating articles inside," he said.
"I can't imagine that News Corp would go ahead with the suggestion that there would be legal action, I mean it would just be the most extraordinary hypocrisy." (here)

Ah the innocence of academics. It seems McKnight hasn't noticed that the reptiles practice extraordinary hypocrisy on a daily basis ...

Remember when they were publishing a half a dozen gloating articles about ABC salaries? And so on and so forth ...

And the laughs kept coming:

News Corp's chief executive Julian Clarke has dismissed the revelations as "yesterday's news".
"The Australian is our premium product, we love it dearly, it's doing very, very well and quite frankly, what [has been] published is 14 months old, ask me about what's happened in the last 12 months," he said.
"Just have a look at our assets though ... if you didn't want to own The Australian, there would be something wrong with you. It is the absolutely the go-to newspaper in this country." (Ibid, just to keep the academics happy)

Own a brand that drops $30 million a year? That's doing very, every well?

Even $15 million a year is a little rich for the pond ... why the only reason the pond could embark on that sort of deep pocket exercise would be to emulate the scurrilous ratbaggery of a climate denialist brutally exploitative foreign owner seeking political influence by employing a pack of feral hacks to do his bidding ...

But enough already, let the reptiles keep bleeding from the toe while the pond marvels at the deeds of another epic toe-shooter:

That's not an exclusive either, though the story is at Fairfax as Pell compares priests to truckers as victims given apologies, with bonus forced video.

Last night the pond happened to be innocently sitting watching the headline news on television when up popped Pell with a truly appalling metaphor:

Appearing at the commission via video link from the Vatican in Rome on Thursday night, Cardinal Pell likened the Catholic Church's responsibility for child abuse to that of a ''trucking company''. If a driver sexually assaulted a passenger they picked up along the way, he said, ''I don't think it appropriate for the … leadership of that company be held responsible.''

Apart from being profoundly offensive, it was also an epic fail on the legal level. If the leadership of a trucking company had known that a driver had been using its vehicles since 1958 to go about assaulting children, and done nothing about it, the trucking company would be heaped with contumely derision, invective, slander, and opprobrium ... as is happening with Pell's ongoing efforts, which do indeed routinely show a sociopathic lack of empathy ...

It reminded the pond of yet another bout of ABC bashing by Gerard 'prattling Polonius' Henderson in ABC preys on conservative Catholics over church response to sexual abuse (behind the paywall because its best to keep Polonius private).

The pond picked it up in the heavily papered Qantas lounge and forget all about it. How deeply into digital hole of invisibility has the once mighty Polonius fallen. You need to pick up the tree killer edition of the lizard Oz to be reminded that Hendo exists.

Yes, there was Hendo amongst all the other mealy mouthed hypocritical efforts in the lizard Oz.

Bizarrely, in seeking to exonerate Pell, Henderson blamed Catholic archbishop Frank Little, as if that somehow made things better, and that in so doing, he'd proved that Pell was being given a hard time by the ABC because he was a conservative Catholic.

Or some such epic flourish of dissembling lack of logic.

No doubt the ABC is also responsible for Pell's latest outing, and his fumbling use of a trucking company as a suitable metaphor for a church allegedly going about Christ's work. It seems Christ forgot to check the oil, replace the bald tyres, and instead stuffed a banana in the diff to eke out a few thousand more kilometres ...

Well the pond started out by mocking the tendency of the reptiles to carry on with specious blather in the guise of an EXCLUSIVE.

It's not just in the digital edition, though that's painful enough: 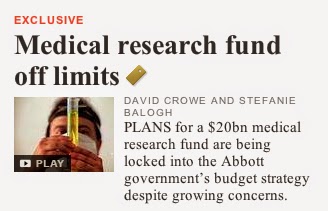 By that logic, the pond could score an EXCLUSIVE by revealing that the Abbott government intends to keep on fucking up renewable energy, the Great Barrier Reef, climate science and the planet, and intends to keep on delivering all the elements of a budget long shown to be deeply unpopular with the electorate.

Just remember you read it here at the pond, always a step ahead of the reptiles when it comes to epic Evelyn Waugh scoops ... but no cigar to the brand that reveals Abbott has finally decided to abandon his PPL folly, and go with Labor's scheme ... now that would be news.

Amazingly the reptiles have wasted much energy trying to get help from the readership to improve the rag, yet still they keep coming at the eyeballs with these EXCLUSIVES ...

The onanistic habit of the editors now even turns up routinely in the tree-killer edition: 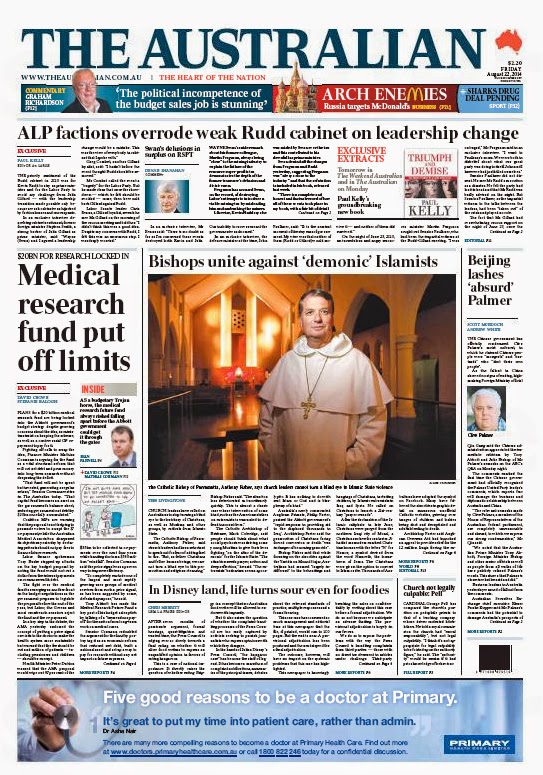 The pond suspects that once you start on a vice, it can prove to be terribly pleasant in a masturbatory way, and hard to stop.

And so to a final irony for the day, which involves, courtesy of the reptiles, a trip to Disney land:

Yes the jihadists are still at their latest jihad, and Disney remains the target.

Disney did his best to pour oil on troubled, vexing, vexatious reptiles, but the reality is that once the reptiles start on a jihad, any hint of moderation or subtlety or nuance sends them into an even wilder frenzy of agitation, fear and loathing, and Chris Merritt's turn at the jihad is a classic example: 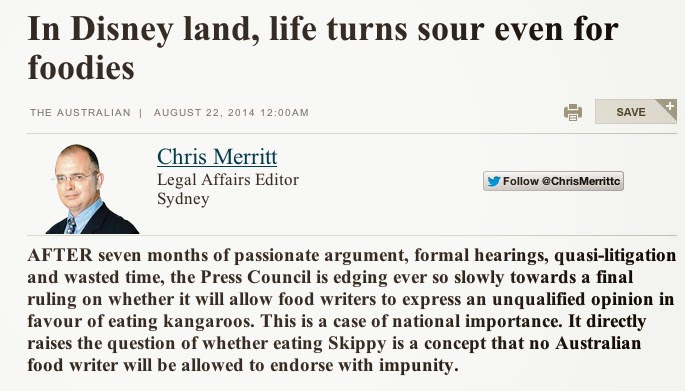 It reminds the pond of a classic moment, which rather went against the pond, when the pond invited a number of German heavies and potential trading partners to a trendy restaurant specialising in Australian food, where else but in Adelaide. The Germans were shocked and appalled to discover kangaroo on the menu, and right there and then, the pond could sense future deals hopping out the door with the dead Skippy.

The Germans, one and all, settled for barramundi, except for a dedicated vegan, who managed to alienate the kitchen with her onerous demands, and thereafter the meal proceeded in fits and starts, with often gloomy and dark moments as the Germans brooded about dining amongst the down under barbarians, which perhaps might have been worse than eating with cannibals, as they watched with shock as the pond tucked into the national emblem.

The pond, just to relieve the gloom, occasionally felt like standing up and strutting about in John Cleese style, reminding everyone not to mention the war ...

None of this matters to Merritt, who is just carrying on the jihad.

Naturally it's not just Disney in the sights of the jihadists, and once again the reptiles have broken the rules:

This newspaper is knowingly breaking the rules on confidentiality by writing about this case before a formal adjudication. We do so not because we anticipate an adverse finding. The provisional adjudication is largely in our favour.
We do so to expose the problems with the way the Press Council is handling complaints from third parties — those with no direct involvement in articles under challenge. Third-party matters make up the bulk of complaints defended by News Corp Australia publications.
The Australian provided an outline of this case to journalism academic Margaret Simons through The Guardian Australia online, where she has criticised this newspaper’s scrutiny of the Press Council. Simons has not responded to an invitation to provide an assessment. (the rest here, thankfully locked behind the dog-proof fence, and about as useful as said fence in stopping the ferals).

Say what? How fucking weird and wonderful is that? They sent a matter to another victim of the Oz jihadists for a comment, and now feign a faux indignation at Simons' failure to respond to an invitation to provide an assessment ...

Salvador Dali is rolling in his grave and tweaking his moustache.

But the reptiles had already loaded and rolled the dice in the graphic accompanying the article, and the rest of Merritt's piece made it clear where the rag stood, and what it felt, and how it was hurt, and how it suffered under the wicked regime of the Disney: 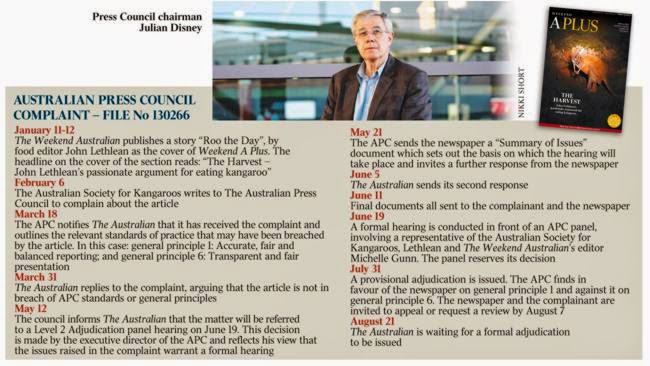 And Julian Clarke tried to offload this dog of a paper on the pond as the jewel in the crown of the Murdoch empire down under?

Can it get any weirder?

Of course it can, thanks to Pope and more Pope here.

First a little reminder and something for the aged gentleman reader clutching to fading memories: 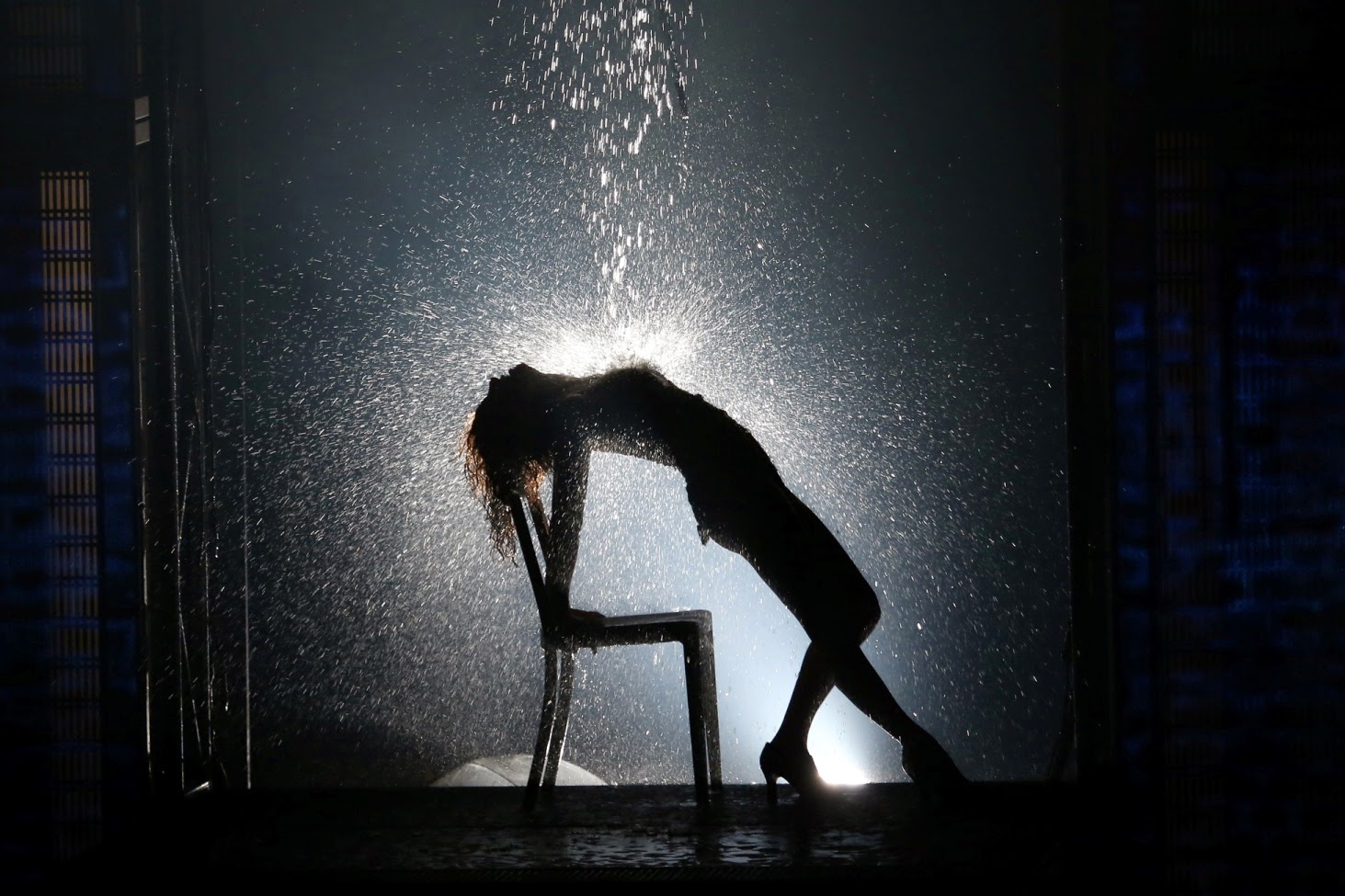 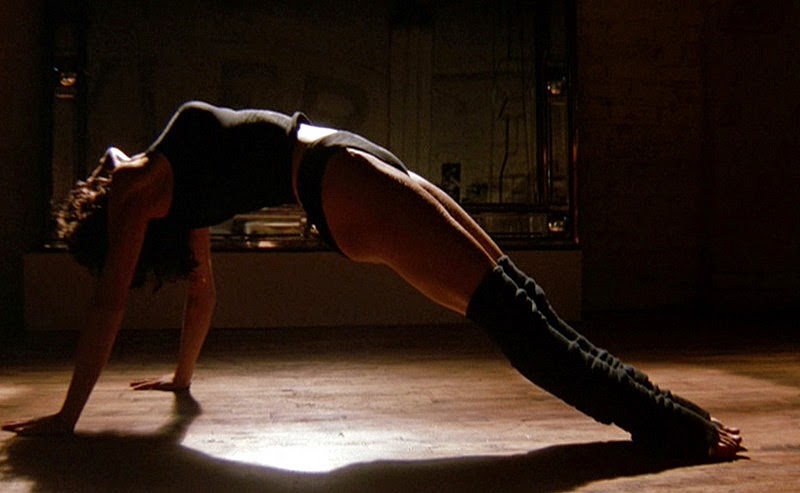 And so to Pope: 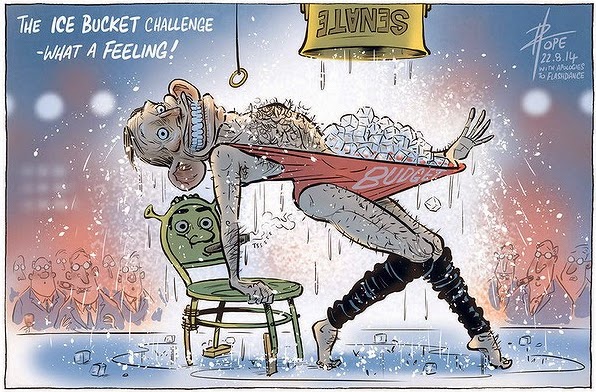 Disclaimer: the pond denies all liability and responsibility for any psychic shocks or damage to nervous systems. Please address all claims to David Pope.