From journalists doing it for free to fracking for fun ... 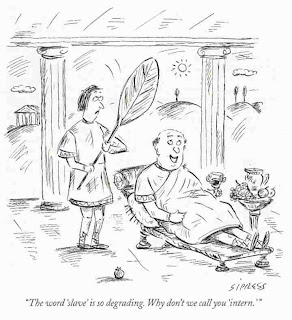 You can imagine the pond's shock, horror and dismay.

Here we were hoarding our Fairfax hits like gold, like a survivalist wanting to store up the gold for when the paper currencies collapse. Oh, the 30 hits were engraved on the forehead like an ancient sign of the coming of age ...

And then it turned out that the Fairfax paywall is a paper tiger, a dodge, a ruse, a bluff, and the full-to-overflowing intertubes is littered with simple ways to avoid it, with an intertubes cynic opening the pond's eyes wide.

Never mind, the pond still treasures the joke of treasuring the Fairfax hits of gold, and so it's decided to spend lavishly this morning, spend up big on generally grumpy Paul Sheehan, furiously scribbling Confronting the monster within.

Well of course Sheehan would be hoisting himself on his own petard if he were to dare to suggest an increase in government expenditure, or a review of the current government's current policies, and anyway, he has a much better idea:

Who, then, would keep an eye on children after they had been assessed as being at risk? Volunteers. The underemployment rate in Australia is about 18 per cent (including the official unemployment rate). Thousands of people are qualified to apply commonsense to problems, at little or no cost to the state budget.

That's right, get people to sort it out for free, because you know, it's cheap, it's really cheap, and all those dole bludgers have got nothing better to do, and it won't cost the state diddly-squat.

Oh the man's a visionary, and by golly, has he got his eye on the gold as well.

Towards the end Sheehan manages to confuse and conflate these issues with others, as he contemplates volunteerism at work in Victims and Witnesses of Crime Support:

Every time Thornton has sought to expand VWCCS into new courts she has encountered bureaucratic blockages. Apparently, these ''amateurs'' (almost all university-educated professionals) need to be carefully managed. There are ''liability'' issues. There are ''qualification'' issues. There are ''compliance'' issues. There are ''OHandS'' issues. In short, if you suggested a fundamental re-organisation of the way society responds to any problem, such as the child abuse epidemic, you will encounter a wall of passive-aggressive territoriality and legalism.

But are they merely passive-aggressive territorial legalistic issues?

Any fool - apart from Sheehan - knows that if a volunteer turned up in a house and was threatened or assaulted - some people tend to get emotional - of course there are are liability and compliance issues. Just as there are if you hop on a bus to get to a place of work, or drive a car, or trip on a step and break a leg, and so on and on and on ...

In short, if you suggest a fundamental re-organisation of the way society responds to any problem, you need to have some clues, and not simply employ abusive aggressive language.

And don't you just love the way Sheehan moves from an unemployment rate of 18% - all that talent lying idle - to the notion of amateurs as almost all university-educated professionals. What a relief to know that the real unemployment rate is made up of top-notch university-educated professionals just itching to do a day's honest volunteering (sssh, don't ask Sheehan, he's got columns to write)

Sheehan is a first class example of a man sitting on his bum in his ivory tower - a place he usually reserves for isolated academics - loftily waving his hands and saying make it so and make it right.

It's the sort of pompous preening pronouncement that no doubt sends hard-working, under-paid people in the field into a frenzy.

The pond was reminded of a practice endemic in an area in which it once worked, which involved the routine "employment" of interns, which is to say people who were expected to work for free to get a toe up in the game.

Oh there were ways around the insurance issues - even when one of the interns barreling around in a truck knocked down a verandah pole - but there was no way around the way the business was in fact ripping off the interns, and in due course an even more ingenious way forward was devised - get the government to fund some cheap as chups internships, so the business could keep ripping off the interns, with less of a guilty conscience, while the government could feel it was discharging its on the job training responsibilities at a much cheaper price ...

Did many of the interns fed into the system go on with it? Not really, but it gave the pond enough insight to know that Sheehan is talking through his hat when he concludes:

There may be immense social reserves in volunteerism but my experience in watching Pieta Thornton battle with bureaucratic territoriality and legalism tells me that the monster would rather see tens of thousands of children continue to be neglected than allow mere ''amateurs'' onto the turf of the professionals.

If you want an amateur response, you get what you pay for ...

Still, it makes the pond much happier about breaching the Fairfax paywall.

In the future, it seems, all we need is mere "amateur" journalists, working for nothing, and all will be well. Let's hope they start by paying Sheehan what his columns are worth, which as they say in Tamworth, would most likely amount to three fifths of fuck all ...

Oh yes, a gentleman journalist filling in his spare time in a volunteer way, devising and publishing ingenious ideas for the betterment of society, without a hint of sordid money or recompense ...

And while we're at it, there's someone else who deserves to be read for free.

Yes, The Australian has absolutely no shame, and today has put up yet another Bjorn Lomborg piece, despite the pond taking a very severe attitude to their last outing which saw a Lomborg piece made part of the lizard Oz's paywall.

Here he is at number one in the revolving digital carousel of doom at the top of the page:

And yet the portentously titled Forget subsidy-bloated feelgood energy, gas is the solution is available for free at Slate, under the simpler, if equally stupid and misleading header, The Gas is Greener, where it was posted earlier.

In his usual way, Lomborg achieves the distinction of writing about the benefits of gas, without at any point discussing any of the issues and environmental concerns that fracking involves. It's up there with Sheehan's lofty wave of the hand.

It's a singular achievement, and so the piece is worth what you pay for it at Slate, which is to say, absolutely nothing ...

By golly, the pond is getting the hang of this Sheehan amateurism, and so it seems should Fairfax and the reptiles at the lizard Oz.

Why pay for the work of alleged professionals, when the nonsense they scribble should be done for free and the pieces they republish at a premium aren't even worth the effort of clicking on for free ...

(Below: a few fracking jokes) 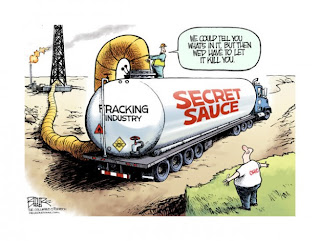 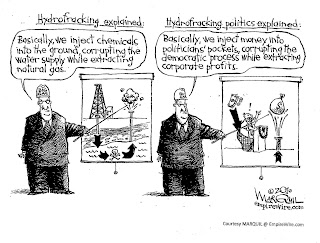 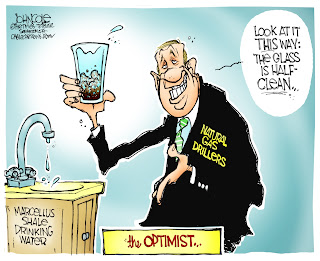