The pond endures anger management issues thanks to the ALP, racists and Chairman Rupert ... 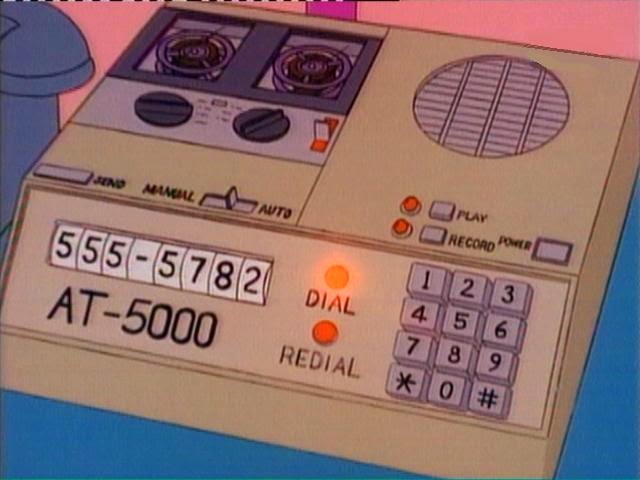 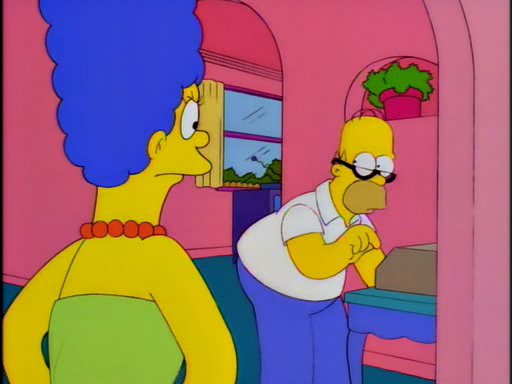 Okay, the pond is above all else about therapy.

So when the pond received an auto-dial call this morning from the Australian Labor Party - while going peacefully about pond business with nary a hint of anger management issues - the first thought was who to call to complain and tell them in comprehensive, yet in muted, civilised and rational words, that they could get fucked ...

Well being a robo voice on a robo call, there wasn't much joy telling the robot this. Contrary to perceived wisdom, robots remain dumber than Australian Labor Party apparatchiks, no mean feat ...

As to the purpose of the call? Well it was to invite the pond to attend a polling station and participate in the voting for a Labor candidate in the local area.

But the pond already knew about this farce.

Where was the printed material in the letterbox, informing the pond of the candidates, and their life experience, and their views and attitudes on various issues, within the context of the mind-numbing official platform of the ALP? How did they intend to help the local area move forward?

No, none of that.

That would be costly, and instead the pond copped a robo-bot invitation to cast a vote in ignorance ...

Well there really does seem only one logical thing to say when confronted with this sort of invitation.

Fuck the ALP, and fuck the mendacity and stupidity of the apparatchiks who really don't have a clue ...

And while we're at it, speaking of ignorance and folly, another anger management issue came the pond's way today.

The pond was walking along the street this morning, and noted an Asian person - yes it can be said that the Asian person was of Asian appearance - standing innocently at a set of lights, waiting in a law-abiding way for the lights to change - which is more than the jay-walking, crossing against the lights anarchist pond can manage.

Along comes a car full of testosterone-laden drongos, dickheads and dipshits, and one leans out the car and shouts "I like milk from chows", or words to that fuck-witted effect, at the Asian person, who in the usual phlegmatic way - presumably out of long and weary and bitter experience - knows that there's no point in responding to boofheads. The lights change and off he walks, in a law-abiding way (the pond having already crossed against the lights).

In fact, the pond has no idea what actually was said - the thing about inarticulate fuck-witted chortling boofheads is that they test the pond's fading hearing, but the intent of the insult, and the chortling that followed from within the car, made the meaning perfectly clear. At least "chow" seemed clear enough, and you can get an introduction to that word by heading off here.

It is, in fact, one of a number of casual, offensively racist and abusive remarks the pond has noted in the streets of Newtown - ostensibly a haven of hippie elitists - in recent weeks, but then unlike the drongo deadshits at The Australian, the pond uses public transport and moves amongst the poor ...

It seemed to symbolise the new era, the era of bigots, led by the bigots in Canberra.

But what to do? Shout back at the car, sympathise with the person of Asian appearance and explain that not all people, not even everyone in the Liberal party, likes to encourage racism and bigotry? Apologise?

Or just, like the gentleman of Asian appearance, accept that you don't have to go far to find bigotry and racism, and not just in the Liberal party and the Murdoch press, and walk on by ...

(Below: the little boy from Manly? Is that a bloody joke, or are we really back in 1895? Found here, with that annotation) 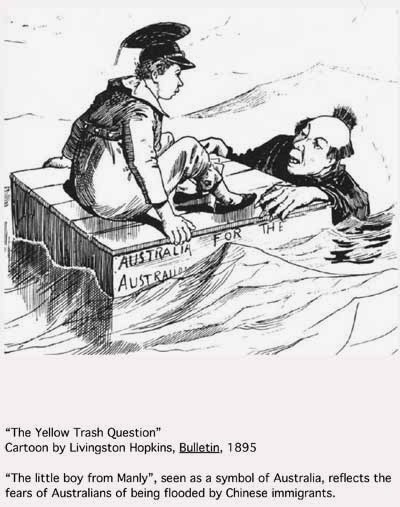 And then to top it all off, the pond made the fatal mistake of looking at Chairman Rupert's twitter account this day, which now has taken on the same morbid fascination for the pond as a necrophile contemplating a dead body.

Is this where it all ends? In public, humiliating senility?

Left alone, insurers would fix everything?

The world's sick of central bankers and Chairman Rupert is at one with teh crazies?

“It comes a time when a Patriot must move forward to stop a tyrannical government that uses policing agents against the people whom deserve their freedoms to restore this nation pre-constitutionally.[Those whom deserve to be free.] Those same agents willing to protect those whom are against us. The banking cartel is not going to stop with their Agenda, and only we can stop them and their agenda by taking what they love most and using it against them for our own missions.” (Texas right wing nut job arrested)

Chairman Rupert has joined Lyndon H. LaRouche? What next, a diatribe against the Nazi house of Windsor?

Okay, anger management issues temporarily resolved ... keep on smiling and walk on by ...