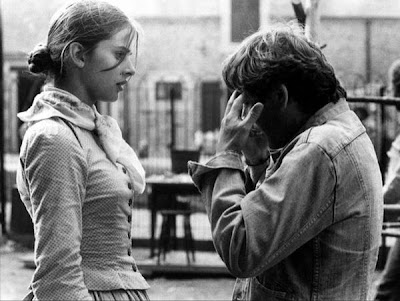 (Above: Roman Polanski directing Nastassja Kinski in Tess, based on Thomas Hardy's Tess of the D'Urvervilles).
Things are hotting up in the world of opinionated opinion-makers and shakers and breakers, at least in the hothouse world of the newly badged National Times sub-division of The Sydney Morning Herald.
Eager to suggest the extreme value of the new boutique label, the editorial team have generously been distilling and bottling up to two serves of the likes of Paul Sheehan and Miranda the Devine in a week, perhaps on the basis that double the loonacy will entice subscribers into paying for such generous helpings (but my mother always taught me that swimming immediately after a double serving of ice cream was sure to make you very sick in the tummy).
Anyhoo, it's not just me that's sick today. It's Miranda the Devine, and as she outlines in Repulsion: Polanski's horror story, she's sick, sickened, sickening:
How sickening is the chorus of sycophants and enablers defending Roman Polanski, the 76-year-old Polish director arrested at a Zurich film festival over a three decade-old statutory rape case.
Well let's not brood too long on the Polanski matter, with the world seeming to have divided into the revenge at all costs, never forget, never forgive school - with Miranda the Devine amongst that cheer squad - and others in a more forgiving mood, including the victim.
Well the Devine won't hear anything from the victim - as if justice depended only on the attitude of the victim. She's in the hang him high, hang him hard school (no doubt helped along by him being a film-maker and an intellectual and a darling of the liberal elite):
Polanski was a sexual predator. Who cares if it was three decades ago? Who cares if his wife was butchered? Who cares if the victim has grown up and absolved him? None of that is the point. If he were a Catholic priest arrested for child sex abuse 30 years ago there would be no pleas for leniency, nor should there be.
Well there's compassion and generosity of spirit for you. Who cares if his wife was butchered, who cares if he survived the holocaust and his relatives didn't? Who cares about anything, except the need to shed blood to redeem the past.
But um, there's just one problem. Catholic priests arrested for child sex abuse 30 years ago tend to have been treated relatively leniently, whether brought to court or seeking shelter within the church, by being shifted from parish to parish.
Indeed if you want to explore the Catholic church's relationship to child abuse, as usual there's a wiki on the subject on the header Catholic sex abuse cases, but frankly I find it too depressing to read, especially as with all this evidence, few will talk about the elephant in the room - the compulsory vow of chastity which lightly taken opens the door to children in the classroom.
If you're a glutton for punishment, you can even take a look at the Irish Commissiont to Inquire into Child Abuse's report, which can be accessed here.
Or you could read The Guardian's short hand summary here.
As for the Devine's own attitude to the Catholic church, you can get the flavor here in Beauty personified on our streets:
The joy and sweetness of thousands of young Catholic pilgrims who flooded into the city, in the words of Cardinal George Pell, simply "overwhelmed" the rancid negativity of sections of our sex-fixated media, and those aggressive secularists who regard religion as an irrational threat to their way of living.

Uh huh, well lucky that Polanski's crime has nothing to do with aggressive religionists who regard secularism as an irrational threat to their way of living. Or does it?
Polanski's defenders complain those who think he should face justice are "shrill". But the shrillness is from them. It is the same tone we heard from the defenders of Bill Henson's right to photograph nude 13-year-olds, who branded those opposed to exploiting naked pubescent children as philistines gripped by "moral panic".

In this cowardly age, cultivated people seem terrified of being seen as unsophisticated on such matters.

Now what does the matter of the Bill Henson photos controversy have to do with the crime or Roman Polanski? In other, more world weary times, this would be called conflation - wrap up one issue with another, and damn all and sundry, never no mind the lack of relevance.
And if you want shrillness of tone, can you imagine anyone being more shrill than Miranda the Devine, especially when she gets a chance to smote mightily at all those who labelled her as a shrill purveyor of moral panic when it came to Bill Henson? As an unsophisticated philistine?
Oh heck, how can I resist the temptation. Bring me that sorbet, while I call her an unsophisticated philistine.
And what on earth - in this cowardly age - leads her to suggest that cultivated people (as opposed to what, uncultivated people?) are terrified as being seen as unsophisticated on such matters.
Is it possible to confuse a crime of rape - as confessed by Polanski - with photos that were - at the time of the controversy - labelled "mild" and safe for many children, with the Director of Public Prosecutions advising the plods that any prosecution of Henson was unlikely to succeed?
Not really. (You can find a neat summary of the moral panic and the scandal here at Refused Classifcation, a handy guide to all forms of censorship in Australia).
Only the Devine's tormented, conflicted mind could conflate such a range of prejudices, as always using events in the real world to flail away and foam in indignation at her many perceived enemies.
Polanski did the crime, and evaded the time, and now the law has caught up with him. He's well-heeled enough to wheel in lawyers in his defence, and the prosecution is still determined to nail him. So it goes.
He doesn't need vigilante justice from the likes of the Devine, and nor does the victim, and there's no need for the Devine to go over the top and far away by calling this a cowardly age (as if there was some heroic, brave age? In her dreams, perhaps, but not in reality, unless you like to think of war and death as heroic activities).
I guess it's the job of a scandal monger commentariat columnist to whip up hysteria and moral panic - that way you get more attention paid, and the more extreme the view, the less rational the consideration of the issues involved, the more likely the shit-stirring will result in attention being paid.
But somehow I'm still feeling like I've just had way too much ice cream, and instead of going for a swim, might lie down for a little while. And as for the Herald charging for this kind of content? Well I can get the details of Polanski's case from The Smoking Gun - just as Miranda the Devine did - and I can get the shrill hysteria about Polanski and Henson from dozens of sources (not to mention any amount of detail about paedophilia in the Catholic Church).
Still not seeing a business model in conflation and moral panic and shrillness. But hey maybe that's why I'm not an intertubes business person ...
(Below: and now to get you in a moral panic, here's a Bill Henson photo that toured NSW as part of a retrospective exhibition under the aegis of the NSW Art Gallery, with nary a peep, back in 2005. The work's untitled #106, 2000-2003). 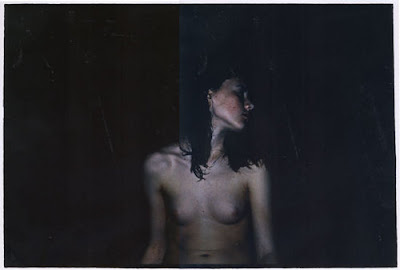